Army infantry veteran Justin Tucker has lost his best friend Roxy, a PTSD service dog who had more than 4,000 followers on Instagram.

Roxy, a pit bull, was declining in health after doctors discovered she had cancer. She was euthanized about four months after the diagnosis.

“Roxy was my entire world,” Tucker said after watching his steadfast friend cross the rainbow bridge. 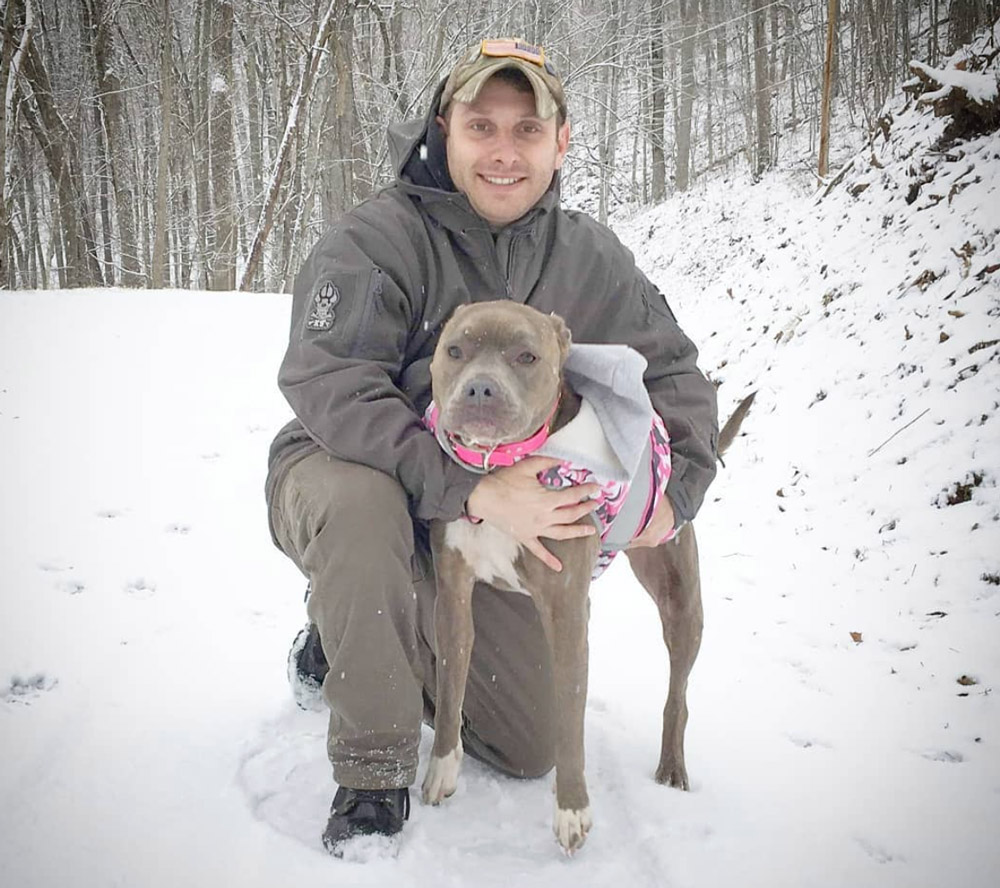 “From leaving active duty Army and becoming a civilian, she helped with my transition.,” he continued. “She helped me so much with my PTSD issues, better than any pharmaceutical could ever could. She was a true hero and breed ambassador. She was everything that the bully breeds could be, with a little bit of dedication to training.” 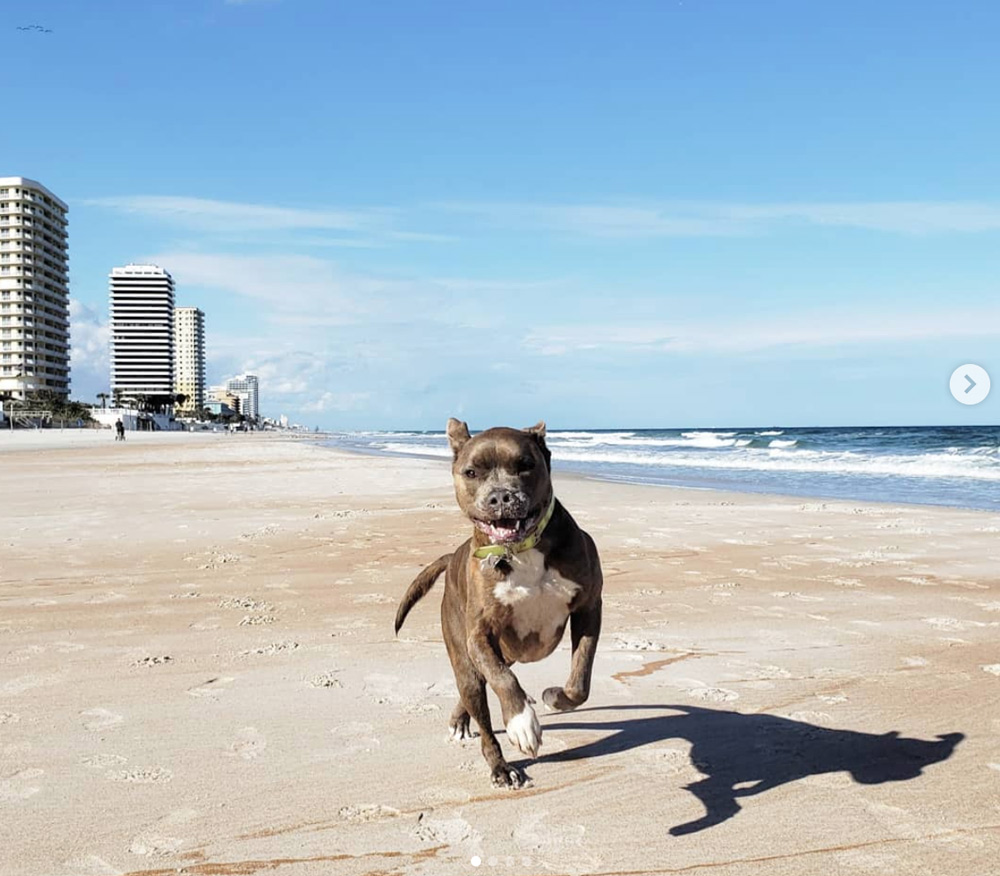 Tucker’s life changed when a grenade left him with a traumatic brain injury.

“A dark, downward spiral of depression,” he said. “It’s hard to speak of the issues and not be emotional about it.”

“My worst incident was a hand grenade explosion that blew up down onto my shoulder,” Tucker told WLOS. “The recurring nightmares and the intrusive thoughts; it plays a toll on your mind.” 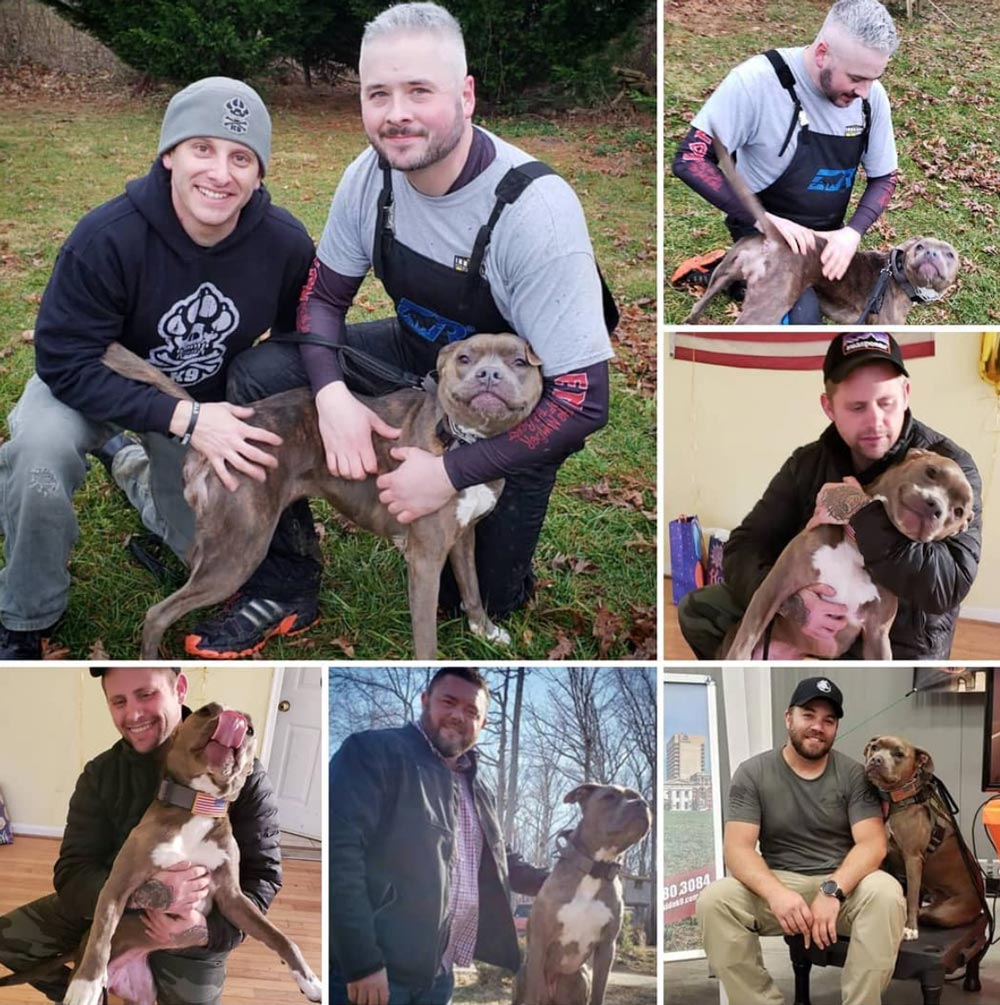 Once he was discharged from the military, he received Roxy for a PTSD Service Dog.

“If it wasn’t for her showing me that it’s okay to be in society, I probably wouldn’t be here today,” Tucker later wrote on Roxy’s nomination for the American Humane Hero Dog Awards. 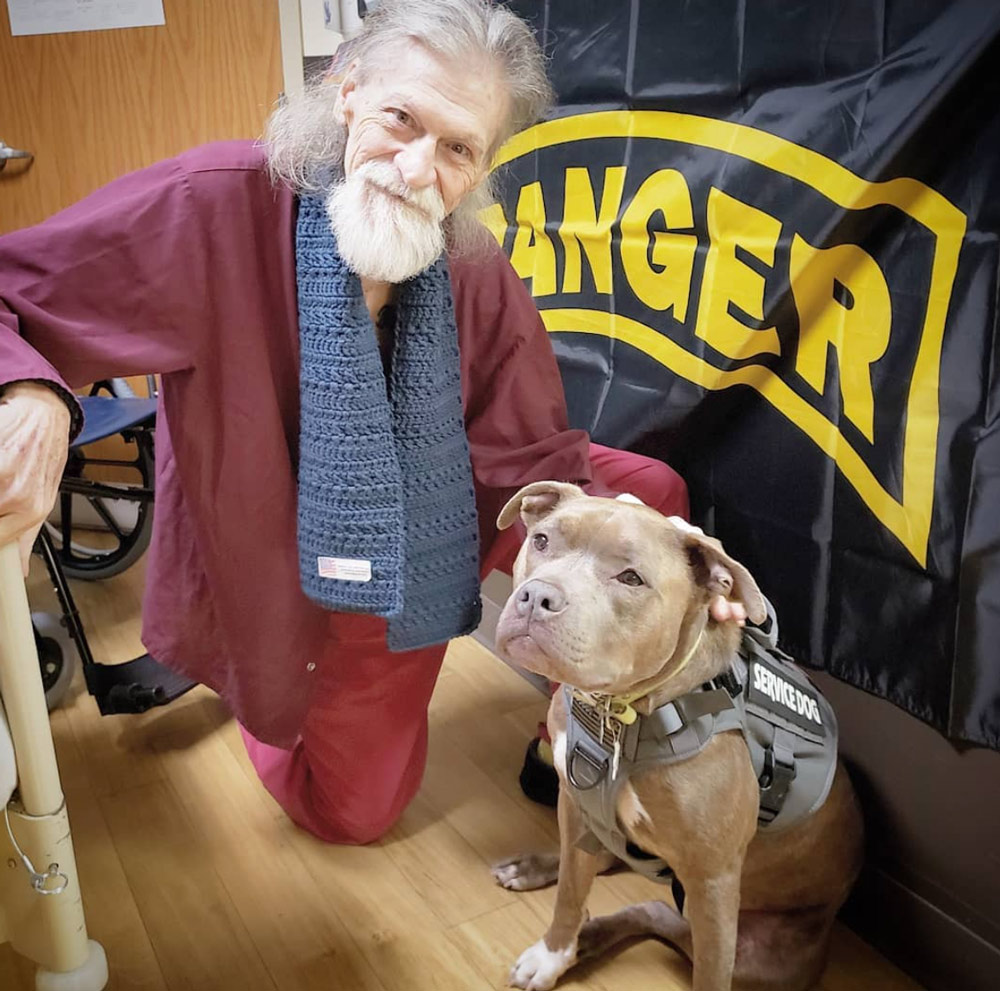 Roxy not only helped Tucker overcome the frustration and fear associated with PTSD, she brightened the lives of other veterans, too.

“I take Roxy to our local VA hospital to help share Roxy’s ability to other Veterans,” Tucker said. “We enjoy bringing happiness and joy to the Veterans of the VA. Most people have never seen a pitbull as a service dog, but once they meet Roxy and see what she does, you can tell how much they really enjoy meeting her.”

Roxy was known as @roxytheptsdservicedog on Instagram, where Tucker announced the dog’s illness in touching photographs.

“My entire world. I love you Roxy 🐺🎖,” Tucker captioned a photo of himself and Roxy holding each other close.

Tucker and Roxy’s final weeks together were filled with emotional moments.

Though heartbreaking, it’s clear Tucker and Roxy enjoyed every second.

Tucker’s post the day he said goodbye to his friend was especially moving.

“10-42 EOW End of Watch; Roxy crossed over the rainbow bridge at 10:20 this morning. She went out with honor and dignity. She will be forever remembered as a hero dog,” Tucker wrote after Roxy’s passing. “Just try to continue to support me and pray for me as much as you can cuz I’m already feeling a certain type of way.” 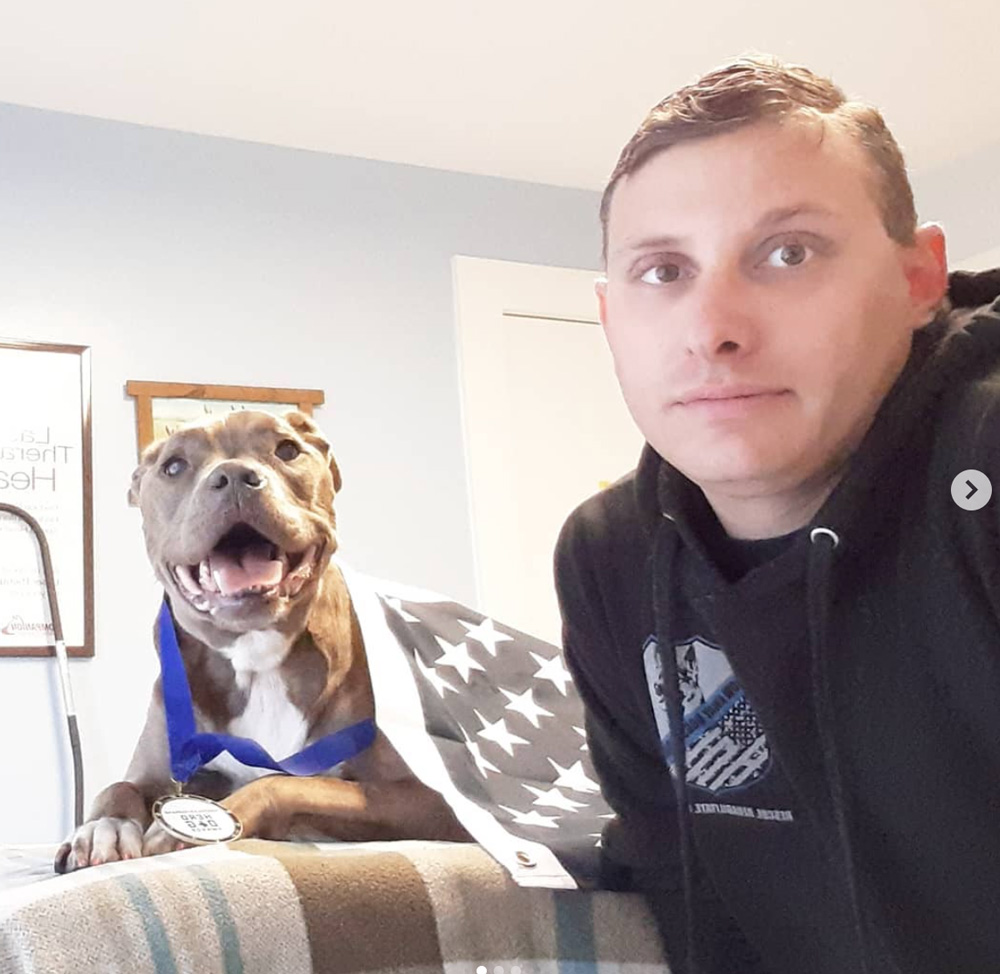 Roxy will not be forgotten soon. Not by Tucker, nor the many other lives she touched online. Her legacy will live on in a new program that will help other veterans care for their own furry friends.

“She will always be remembered on social media but through other ways as well,” Tucker said. “Haywood Spay and Neuter has the Roxy Fund, which is dedicated to helping low-income veterans in Haywood County — to help assist with spay, neuter and microchipping (their pets).”