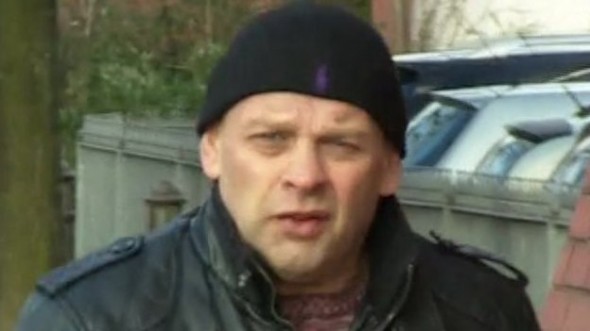 After an investigation into John Psaila’s home in Thornvale, Abram, UK has landed him in jail for what was described as a “training school” for fighting dogs.  Psaila admitted to police 14 separate offenses, including an admission to both training animals for fighting purposes and possession of equipment used in dog fights.

The investigation was launched after authorities were tipped off by neighbors about his possible involvement in prepping dogs for a fight, and also transporting them for fighting purposes.

Two pit bulls, one called Ziggy and the other Tip were found on his property, along with treadmills and other training equipment.  He was also in possession of home veterinary supplies including muscle building powders and medications, and something called “breaking sticks,” which are used to break up dogs that are fighting without getting into the ring with dogs.

It’s believed that Psaila had been legally breeding dogs for many years before getting into dog fighting.  His defense attorney pointed to him being “strapped for cash,” and only doing it to make ends meet.

The Chief Inspector for the RSPCA Ian Briggs called the man’s home nothing more than “a training grounds for fighting dogs,” after sentencing.  He was quoted as saying Psaila had “no regard for the dogs in his care.  All he wanted out of those dogs was to boost his own ego and his own sanding inside the dog-fighting fraternity by fighting them as much as he could.”

He then added, “John Psaila appears to be a big player in the dog fighting world, judging by the evidence we found during our investigation.”

Psaila was jailed for 121 days at Wigan and Leigh Magistrates’ Court.  He has also been banned from ever owning animals again, which can be appealed in 15 years.  Dog fighting in the UK has been outlawed for the past 180 years, and recently, it seems like more and more cases of it are cropping up there.  Police and officials are doing everything they can to stop the criminals, but the secretive nature of dog fighting rings make it hard.