There are many who stand firmly on one side or the other when it comes to the Iditatod, but regardless of your personal passion, there is one dog for whom that race may have been a lifesaver. 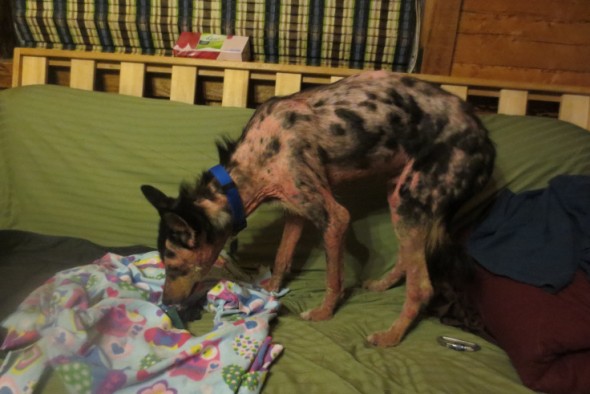 Zeke’s story, as Craig Mendred so effectively pointed out in his blog post, is simultaneously about everything good and everything bad about mushing.  One can only imagine that Zeke began his life in the dark side of the sport.  He, and a brother and sister, were dumped at a Fairbanks animal shelter.  His chances for survival were quite grim.  However, Fairbanks Animal Shelter Fund, which was set up to give badly ill animals a chance at survival, funded the veterinarians that treated Zeke.  Once in recovery, he was then moved to a foster situation to rehabilitate with the hope that, someday, he would be ready for adoption. 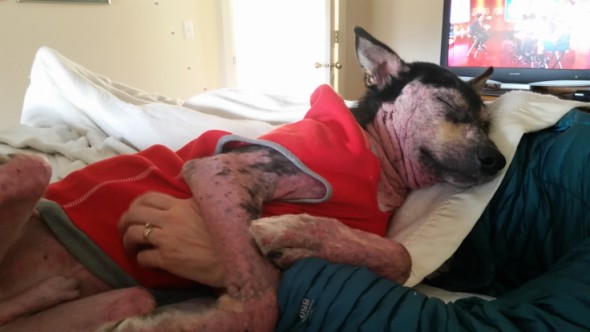 Kailyn Davis saw Zeke at a local event and was certain he wasn’t going to make it.  She spoke at length with his foster mother and, before she knew it, she was getting ready to take him home.   Things didn’t start off very well. It was going to be a long haul which including medications, some that worked and some that didn’t. He required a lot of care, love, and attention, and Davis wasn’t even certain he would get his hair back, but all-in-all, that didn’t matter.  What did matter was treating Zeke just like her other dog, Panda, although Zeke did have a sweatshirt to wear whenever they went out.  Soon Zeke was joining Davis and Panda on bike rides and skijor outings, and, as Davis told Mendred, “He really liked it even more than my other dogs.”

Zeke seemed to have an aptitude for running and, once Davis had tried him out in a harness, he couldn’t wait to get going.  It was clear to her he wanted to be out on the trail running.  She knew he was something special.  Davis spoke to Alan Eischens of Double E Kennel in Wasilla about running Panda and Zeke in a forthcoming race.  Eischens had been working with Davis, who has aspirations of running in the Iditarod one day, on making some qualifying runs.  He agreed to let Zeke give it a try. After approval from the vet, they ran the Copper Basin 300 Sled Dog Race, one of the tougher qualifiers, and, although coming in toward the back of the pack, they had a great run.  So good, in fact, Eischens asked if Davis might consider letting him have Zeke to train for the forthcoming Iditarod. 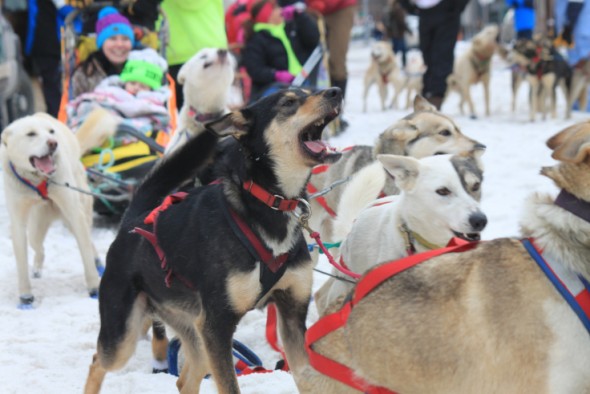 Eischens admits that he had his doubts the puppy Davis had brought into her fold was ever going to amount to much, but but as he grew and became healthy, Zeke proved to be a force to be reckoned with, even going the distance to Nome during the race.  For a dog that was not even supposed to live, this is nothing short of a miracle.

What is central to remember about all of this is Zeke’s story isn’t about whether mushing is a good thing or a bad thing for a dog.  What it is really about is the fact that animals, too, can have their passions and as their guardians, we should be able to recognize what they love and enjoy.  We need to be aware of their interests and observant to their behavior. In the case of Zeke, Davis saw the signs clearly and understood, and respected, that he wanted to run.  That realization, that understanding of her dog and his abilities, not only helped him to heal, but lead him to become the dog he was destined to be. One that, clearly, loves to run. 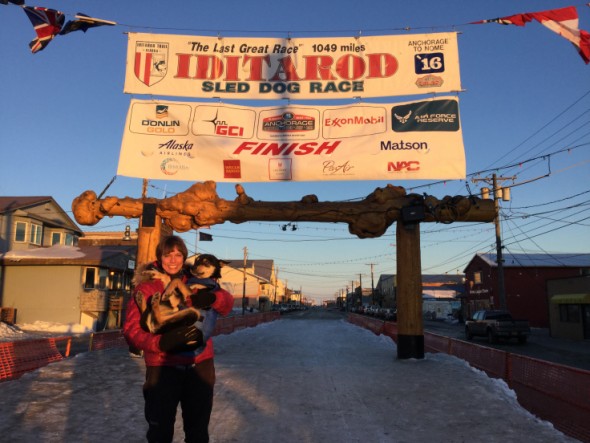