Photographer Rebecca Rood was walking through the Whitfield County Animal Shelter when she came across a sad dog sitting in the corner of his kennel. Stewart seemed as if he were trying to make himself invisible to the world, and it was obvious he had a rough past. 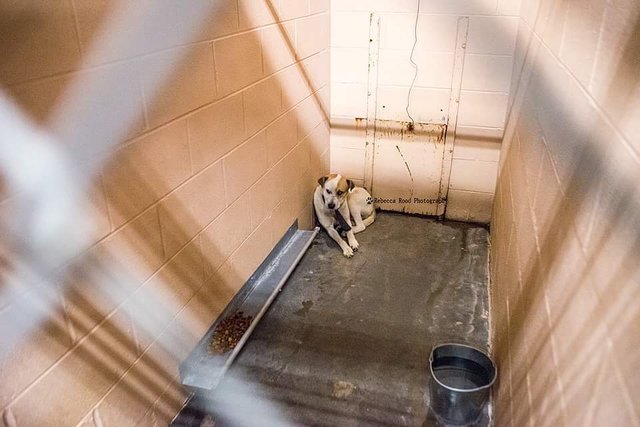 Rebecca learned that Stewart had been found tied up in the woods in Georgia, and he had a thick belt wrapped around his neck that made him super uncomfortable. Workers tried to remove it, but he would growl at them every time. He just didn’t trust anyone. 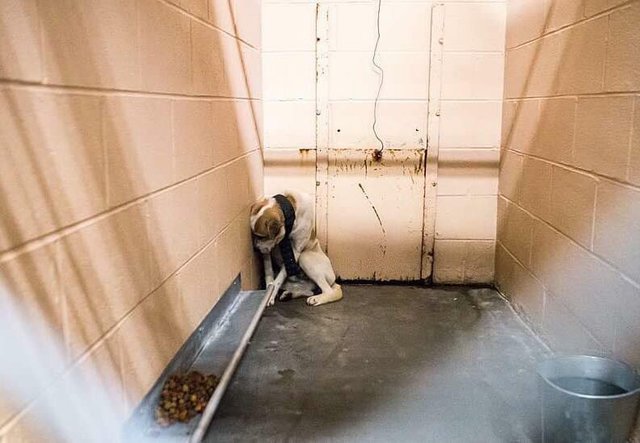 Rebecca got as close to Stewart as he would allow, and she started to take some pictures. She posted them to her Facebook page where they attracted the attention of Courtney Bellew, director of Special Needs Animal Rescue & Rehabilitation (SNARR). 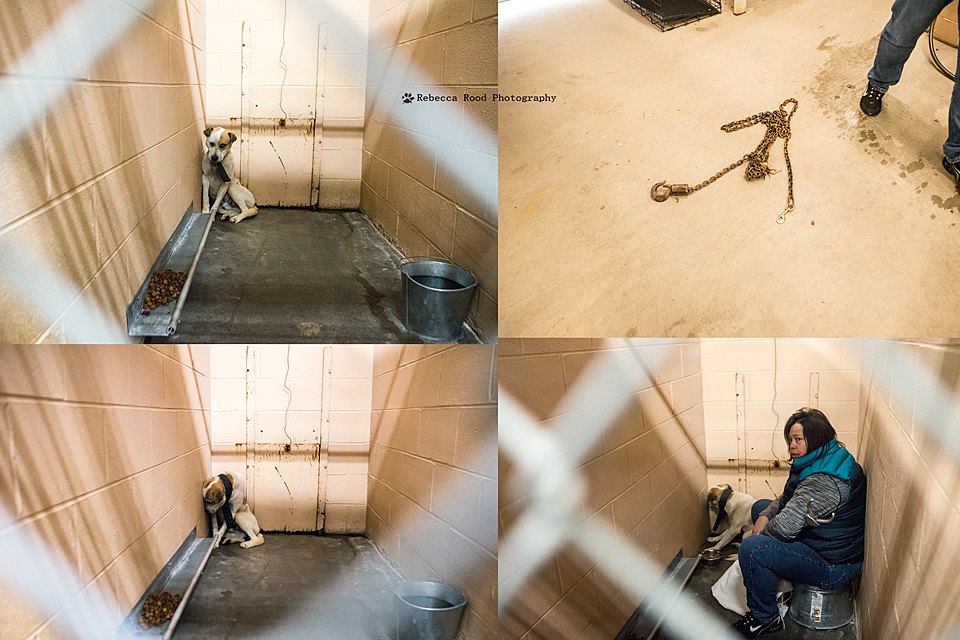 Courtney reached out and took Stewart to a veterinary clinic. There, he was sedated for tests and to get neutered. And while he was under, they were finally able to remove the belt from around his neck. That’s when Stewart became a completely different dog. 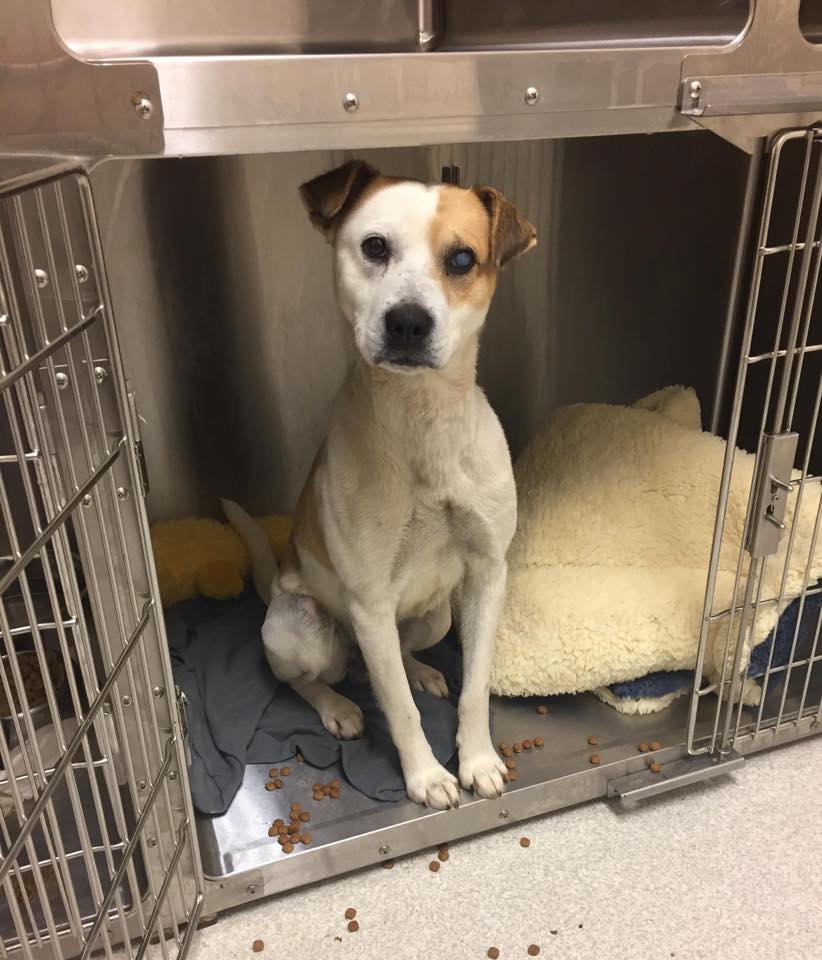 It’s as if the belt were a reminder of his past, and removing it set him free. The moment he woke up from anesthesia, Stewart was wagging his tail and wanting to play! Courtney posted some videos of Stewart playing with toys to the SNARR’s Facebook page.

Rebecca couldn’t help but cry when she saw the videos. She just couldn’t believe Stewart had opened up and realized people were trying to help him.

Stewart still has a long way to go in his rehabilitation, but he’s made a complete turn personality-wise. He’s doing well and expected to only get better and better. No one knows exactly what the poor dog went through in his past, but he’s with some amazing people now who will make sure he finds the perfect forever home once he’s ready. 🙂