On a new episode of Prank it FWD, Tom Mabe, a comedian and an animal lover sets in motion his plan to surprise the Arrow Fund Organization. The organization cares for and also rescues extremely abused and neglected animals.

In the Kentucky area, it is quite usual for pets to be dognapped and used as bait in dog fights. Baits are used to give the fighting dogs a taste of blood which they believe make them more aggressive. The animal is thrown into the fighting circle, at times, bound with ropes and tortured by the dog fighters. The organization had rescued a dog they named Opa, who they found with severe injuries and was covered in blood. The little puppy still managed to play around despite being in such a terrible condition. His breathing was also impaired by the injury he suffered. The puppy was taken on a car ride to the shelter for medical attention. 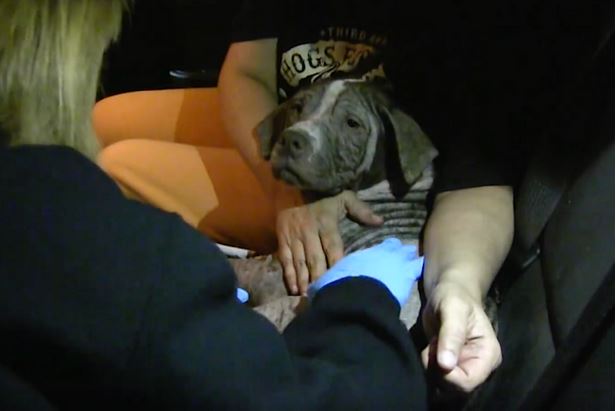 Mabe also met with another animal care worker with the organization who introduced him to yet another abused pet called Moonie, who almost had his head cut off by a stranger and was in a terrible condition like Opa. He met yet another pet called Moonpie who had a massive tumor beneath her paw.

This cruelty to animals is quite prevalent in Kentucky since the state has fewer and mostly ineffective laws against animal cruelty. Mabe is told that most serial killers who were later apprehended confessed to having killed or mutilated an animal during their childhood. It is believed that if they can do such horrible acts to animals, they can do it to humans as well.

The members of the Arrow Fund also introduce him to other pets who have been abused, and some were paralyzed. A dog named Zeek was also paralyzed from the waist down and unwanted by anyone, he was given a new life with mechanical aids which help him walk normally and look cool too. Next, he met a dog called Frodo, who was brought in with a duct tape holding his jaw together since he had been chained to a fence with numerous injuries on his body and had to have his leg amputated.

Mabe finally unleashes his surprise for the Arrow Fund and the first surprise is a billboard and then an appreciation dinner for these heroes. He offered them awareness on a large scale to get people to stop dog fighting and abuse of animals. Keep watching to see the progress of the dogs, moonie, Opa, and the others