A garbage bag donated to the Salvation Army contained an unexpected item. It was a dog, and he is fortunate to be alive after being in the bag.

Jason Cooke received a call about the unusual discovery. He is with The Healthy Hearts and Paws Project in Ohio and he went to rescue her.

“I just picked this poor girl up at a Salvation Army in Warren, OH…one of the workers was unloading donations and noticed a trash bag moving…when he opened up the bag he discovered it was a dog…since he found her, I asked him to name her, which he did…so say hello to #Daisy everyone…we are off to the vet because she has some serious skin issues going on…” 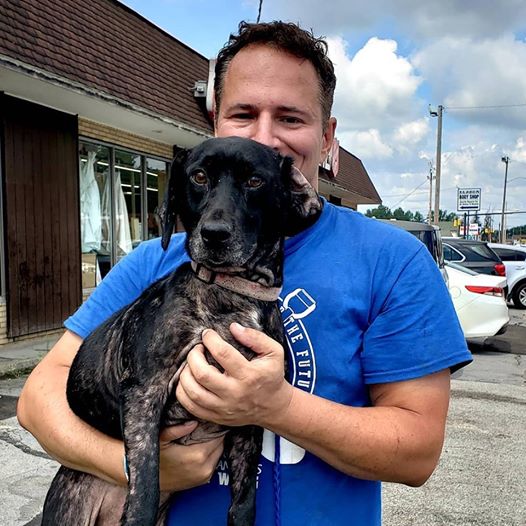 Daisy has a problem with flea allergy dermatitis but other than that, this 4-6 year old dog is in good condition.

Cooke said that Daisy is available to be adopted and you can contact him via their Facebook page.