When Santa Monica, CA, firefighters arrived at the scene of a building ablaze earlier this week, they quickly got the fire under control, but as they searched the apartment complex for victims, they came across a dog who had been overcome by the smoke and heat. The fluffy pup had no pulse. He wasn’t breathing. 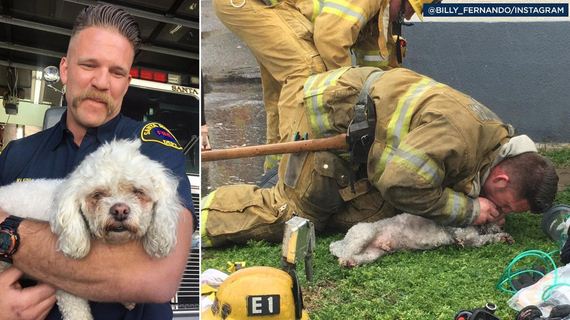 The dog’s owner, 35-year-old Crystal Lamirande, had come home to see her apartment on fire and had tried to rescue her 10-year-old Bichon Frize/Shih Tzu mix named Nalu, but couldn’t get past the thick smoke.

Klein performed CPR on the pup for 20 minutes, eventually reviving Nalu. A pet oxygen mask was also used to make sure Nalu was OK. 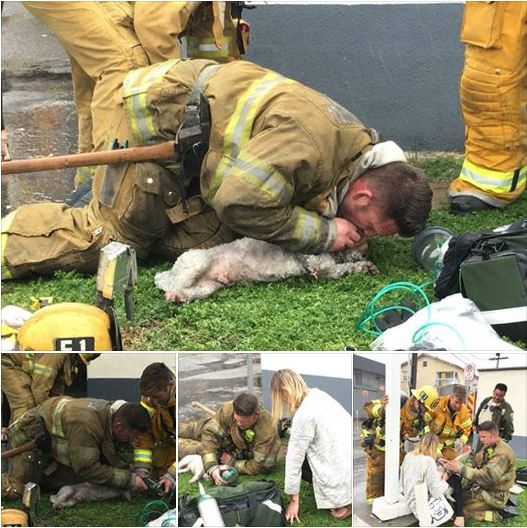 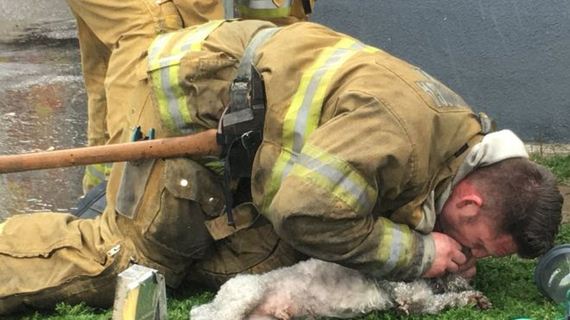 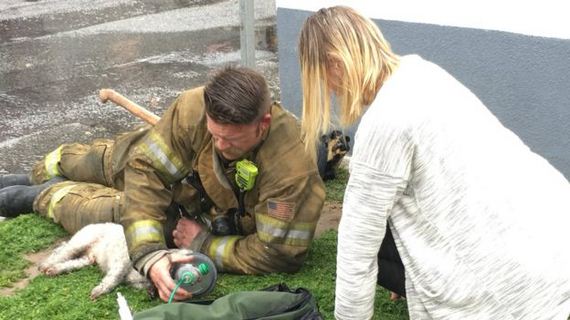 The fire was under control within 10 minutes, authorities said, and no one else was hurt.

On Thursday, Klein was reunited with Nalu, who is doing just fine.

Klein said that having a survivor swing by to visit was just what he and the crew needed.

“Our goal is to save people, and sometimes we’re not able to do that despite our best efforts. But to have a success story just like this, even with Nalu being a dog, I mean again he’s a life and he’s a life that matters. That was just a great morale booster for all of the guys here in our department,” Klein told reporters for KABC.

Lamirande said she and Nalu lost everything in the fire, but gained a brand new family member thanks to Klein’s heroic efforts. 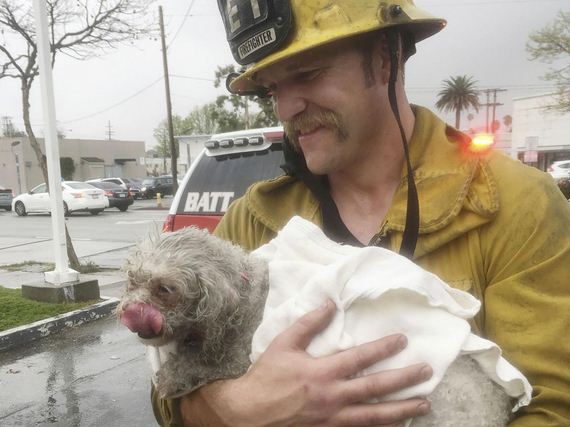