The rivalry between cats and dogs is quite overrated. There’s plenty of proof that canines and kitties can be as close as friends can be.

Devin Druid, one of the stars of the Netflix Original “13 Reasons Why,” has photographic evidence, thanks to his mother’s new family addition.

“My mom adopted a new kitten, and my dog is in love with her and is protecting her,” Druid posted to Twitter on July 20. 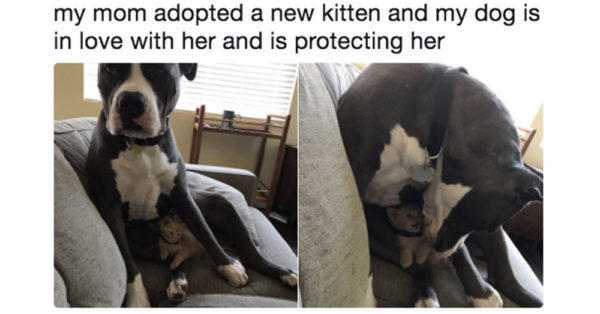 The pair in question, a young pit bull breed and a tiny orange kitten, have already become fast friends in the Druid household. Four days after the kitten settled into her new home, Devin posted another photo to confirm their cuddliness. 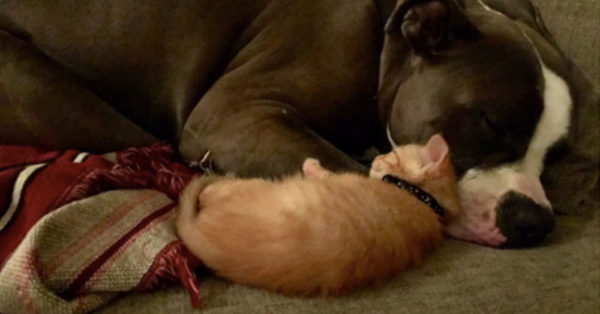 Pit bulls are traditionally known for their protectiveness around small creatures and babies, but Druid’s pit bull companion is a good example of compassionate behavior in the breed.

Pit bulls are legal to keep as pets in most of the United States, but for many dog lovers in England, such animals are deemed dangerous. Owners of banned breeds, if found guilty under the Dangerous Dogs Act, can be fined any amount a judge sees fit and sent to prison for up to six months while their animals are destroyed. Click the link below to see how you can help!