Andrea, a foster with 2nd Chances Rescue, heard about a man who was trying to get rid of four puppies at PetSmart. He had the puppies in a beer box and said that he caught them as strays wandering around his backyard. He couldn’t keep them himself, so he was looking for someone there to take them.

Andrea quickly agreed to take in the puppies and brought them home. The pups were very tiny and scared but Andrea did what she could to help them feel safe. She also had a little help! 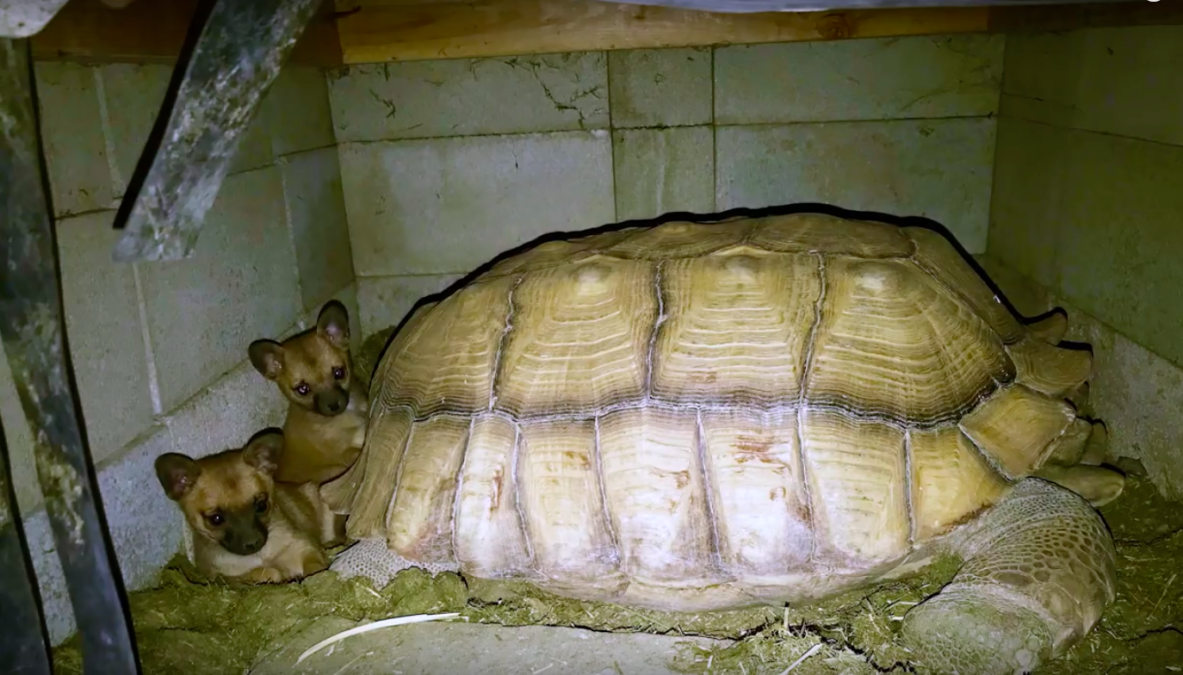 Dogs aren’t the only animal that Andrea has rescued. In the past, she has rescued an eighty-pound sulcata tortoise named Goliath, who now lives with her. Goliath might be a tortoise, but he is capable of showing love. He follows Andrea all over the backyard and will plop down wherever she is. 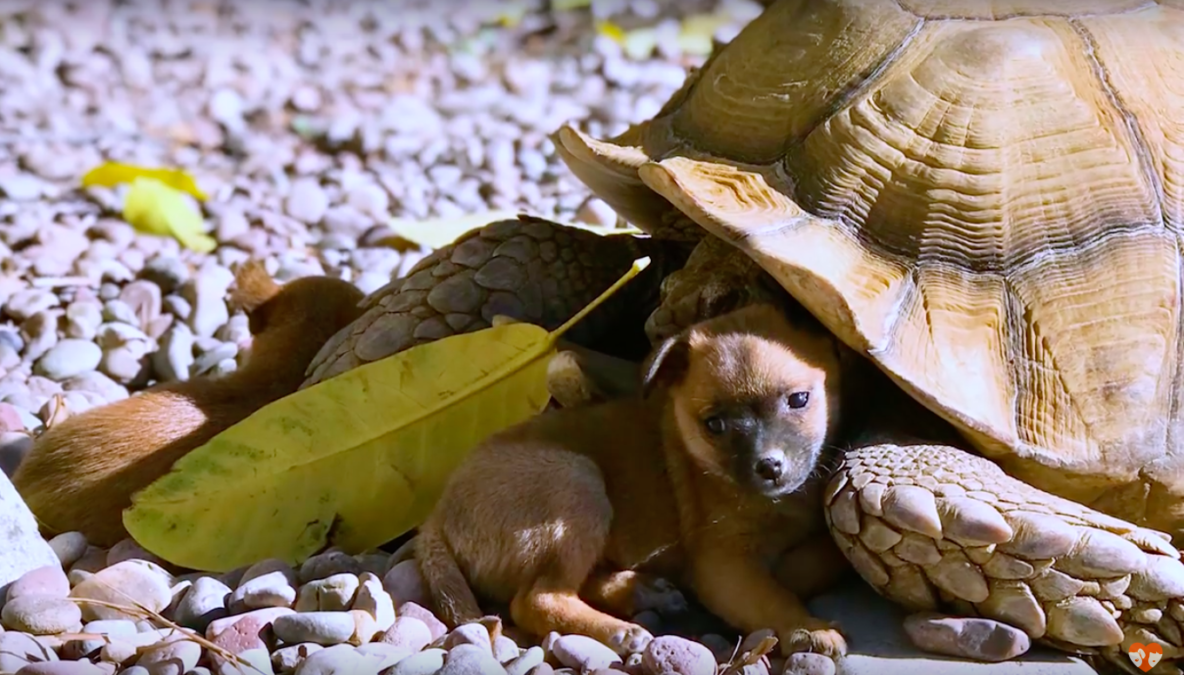 One day, Andrea went in the yard to look for the puppies and immediately panicked when she couldn’t find one of them. Eventually, she found one of them in Goliath’s hutch. That’s when she realized that all of the pups kept going into the hutch with Goliath. They formed an unlikely bond with him in such a short time. 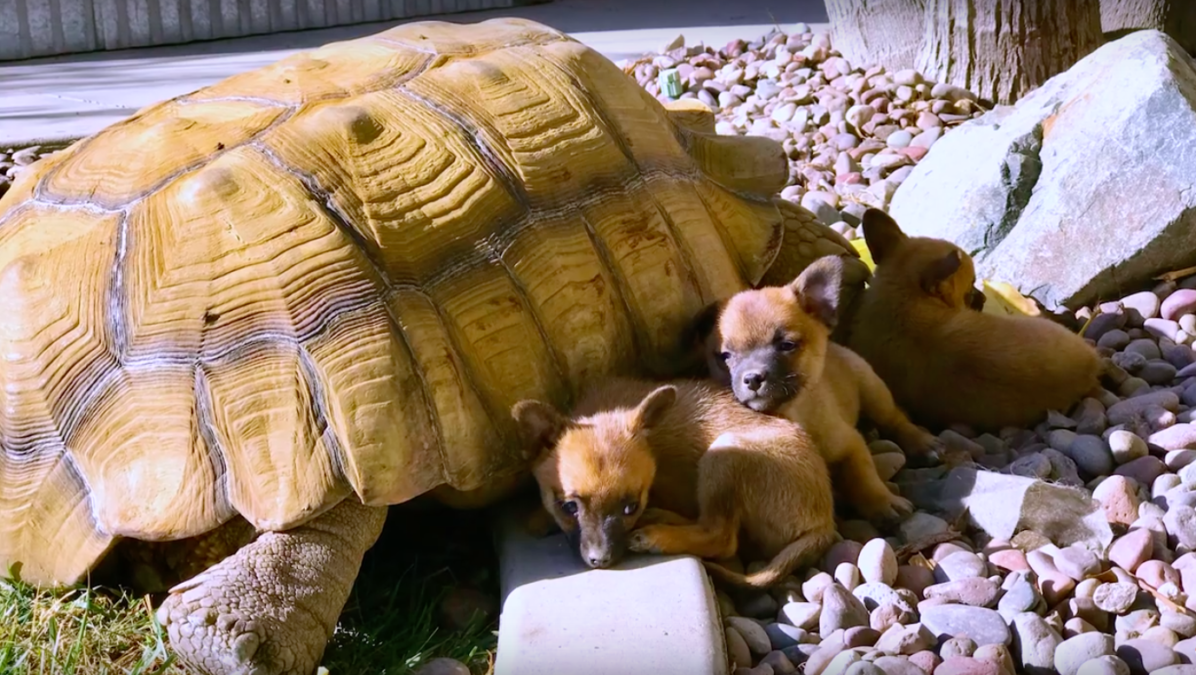 None of Andrea’s rescues in the past have ever taken to Goliath the way these puppies have. They love him so much and are always snuggling up to him. Goliath loves every second of it! The puppies even helped Goliath break out of his shell! (no pun intended) 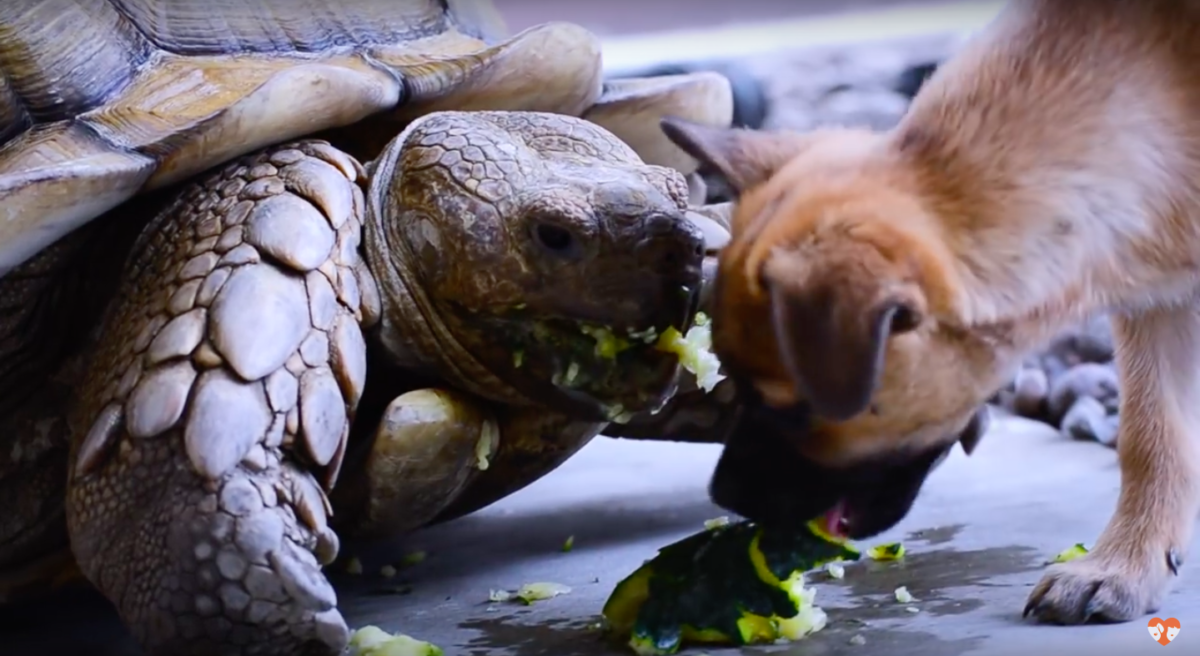 Watch their adorable friendship in the video below: