Hope For Paws received a call about a homeless dog and son living on the streets. When they arrived, a neighbor told them the mother had been hit by a car and killed. They quickly set up the gate to secure the area. 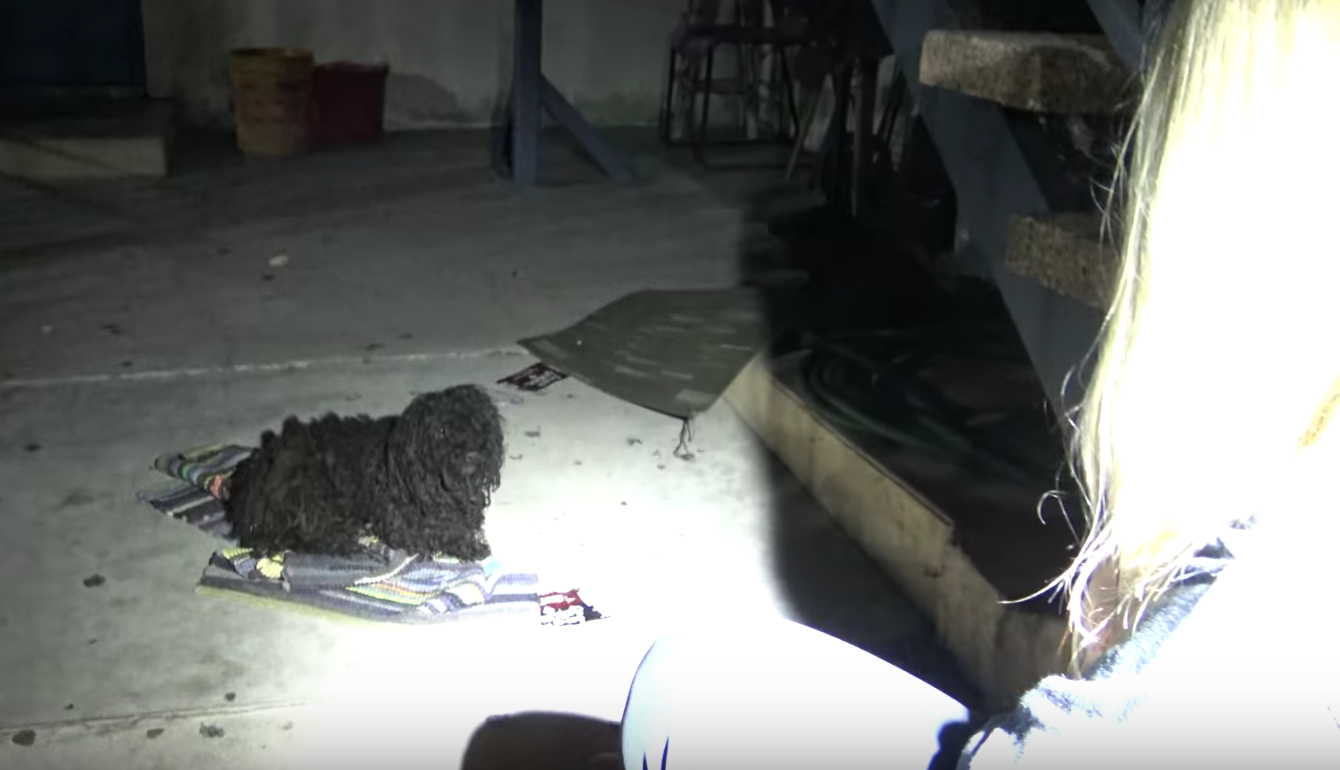 The son was curious and approached for a bite of food, but dad was another story. He was so scared, he could only sit and shake as he watched. The son was secured with the Lucky Leash and named Speedy. Now it was time to capture dad. 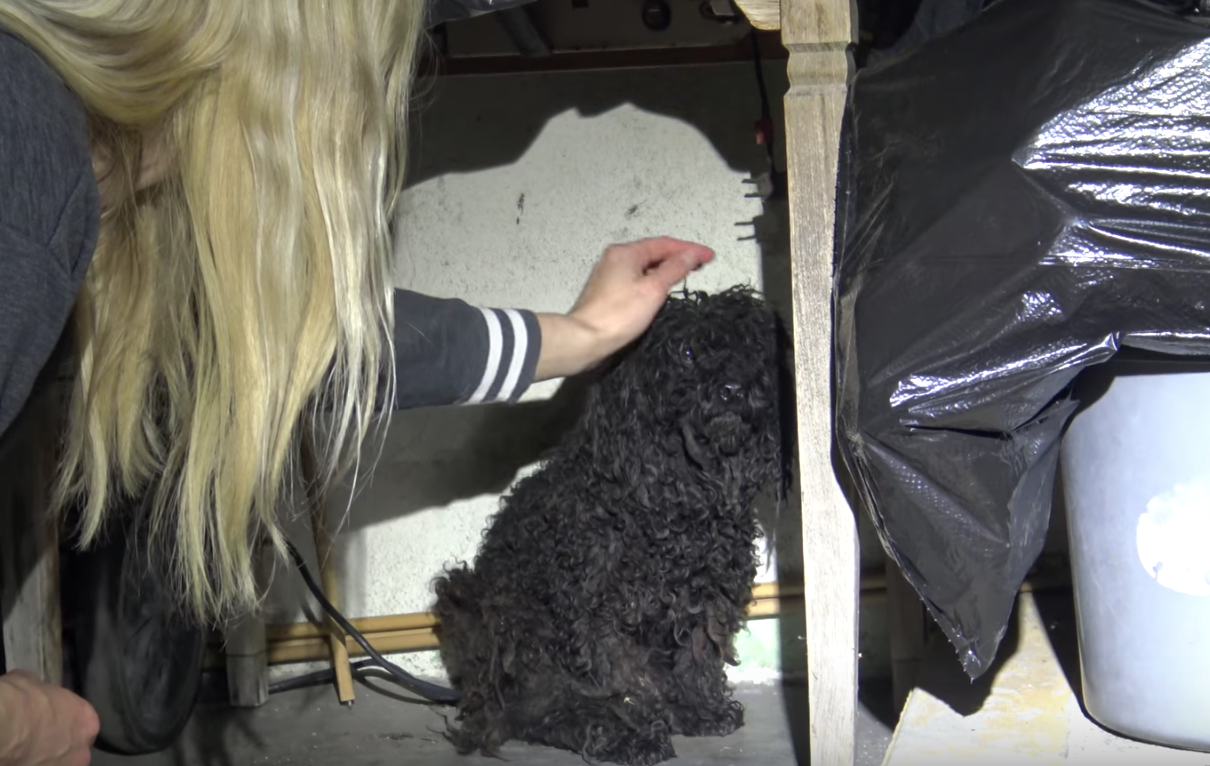 Loreta slowly crawled over to him and was as gentle as could be. He allowed her to pet him, and that’s when she was able to slip the leash over his head. They named him Sylvester and loaded the two up to head back to the hospital. 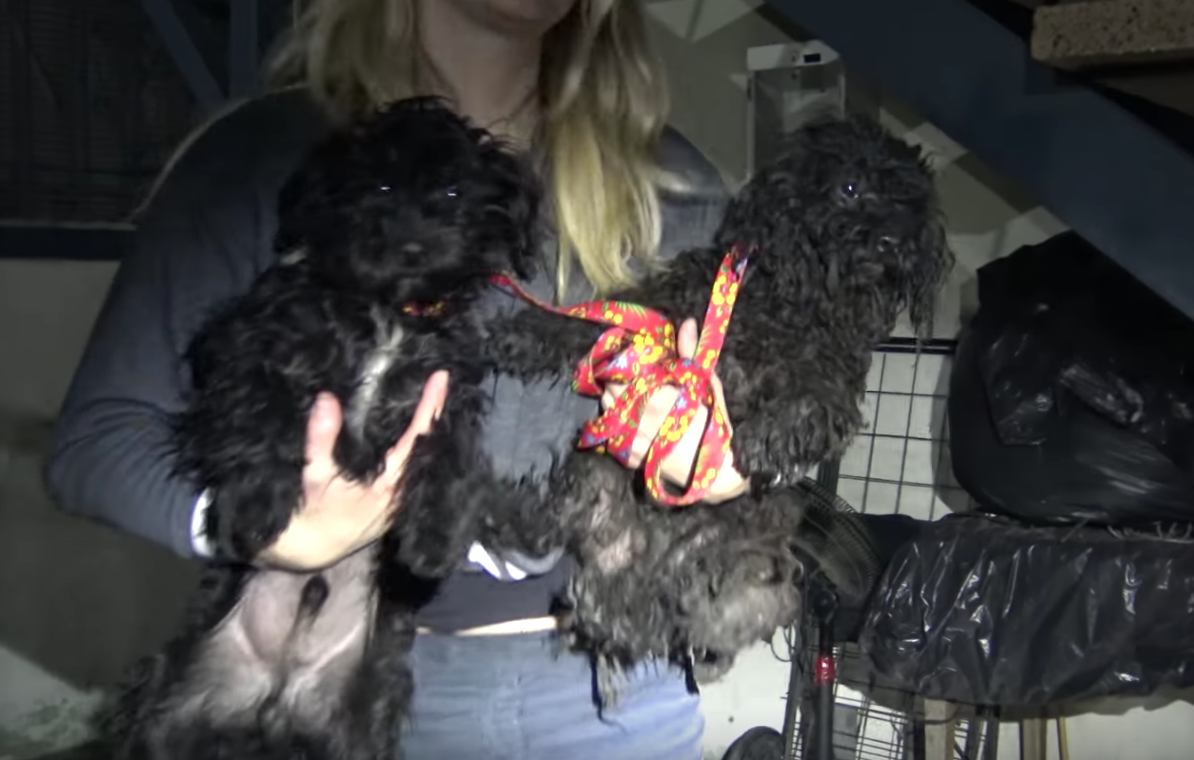 The two dogs got checked out and cleaned up, and dad couldn’t believe what his son now looked like. Speedy was placed with Sylvester after his bath, and dad was hesitant at first but started wagging his tail when he realized who it was! 🙂 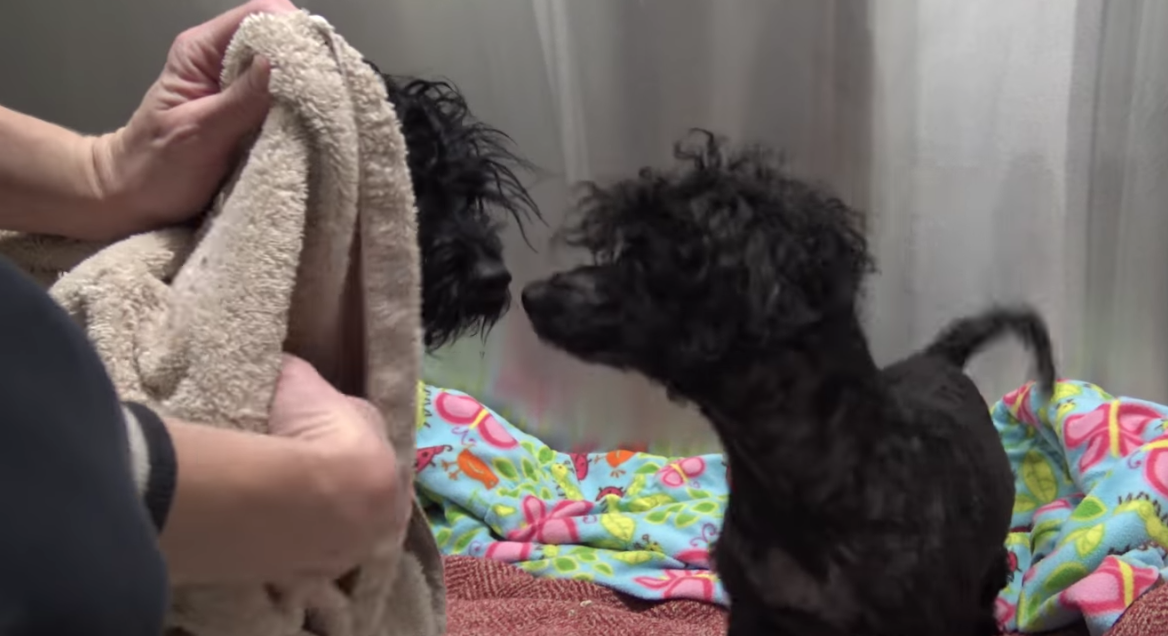 Watch their rescue in full below and share the video to help find them a home for the holidays!