Natalie has seen her share of strays over the years, and she knows an abused dog when she sees one. And this one was definitely traumatized. 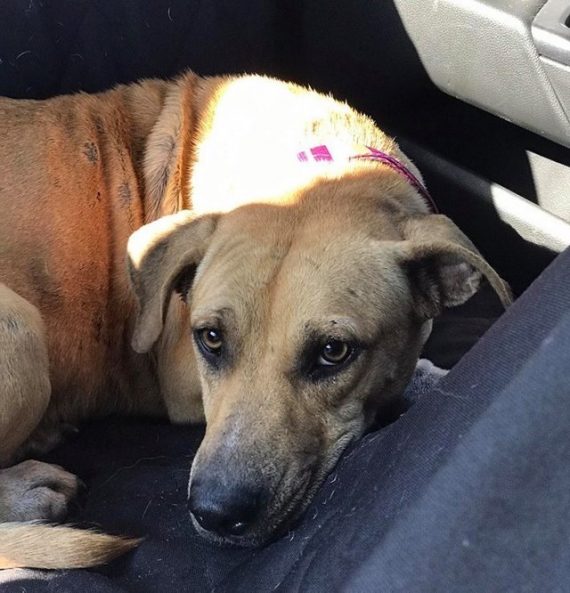 An organization called the Redland Rock Pit Abandoned Dog Project visits the area every day to feed the strays. But there are more homeless dogs there than any one organization can help. 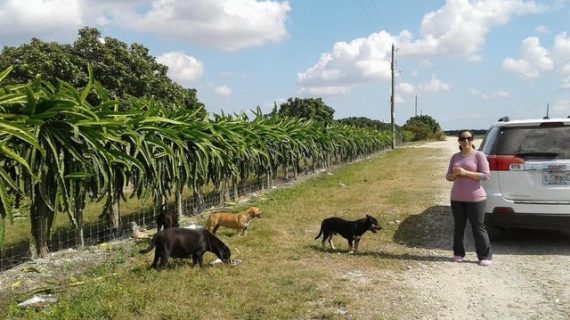 Furever Bully Love Rescue teamed up with Redland Rock Pit earlier in the year to raise some money for the cause and to help rescue dogs in the area. 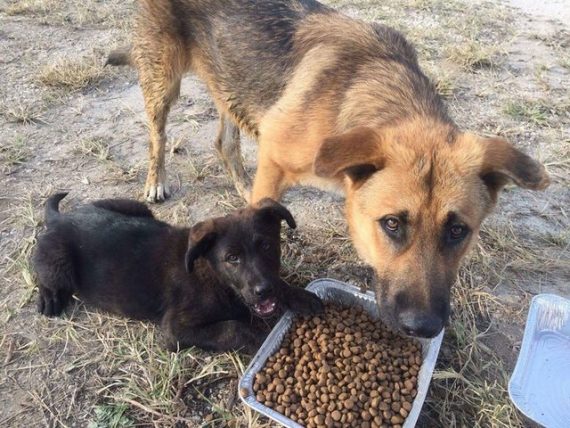 It was an experience Natalie would never forget. It was the day she would meet a one-year-old hound mix named Harper. 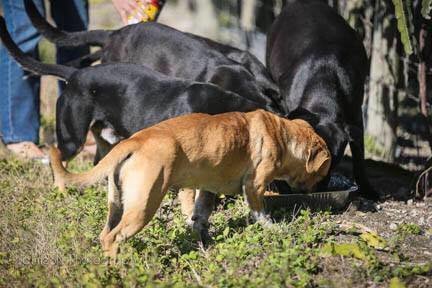 Volunteers put out food, and that’s when Harper appeared with four or five other dogs. She fell to the ground in fear. 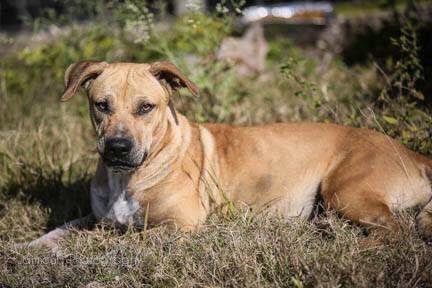 The dog was covered in scars and terrified of humans. There was no way they were going to leave her. But the dog wouldn’t move… 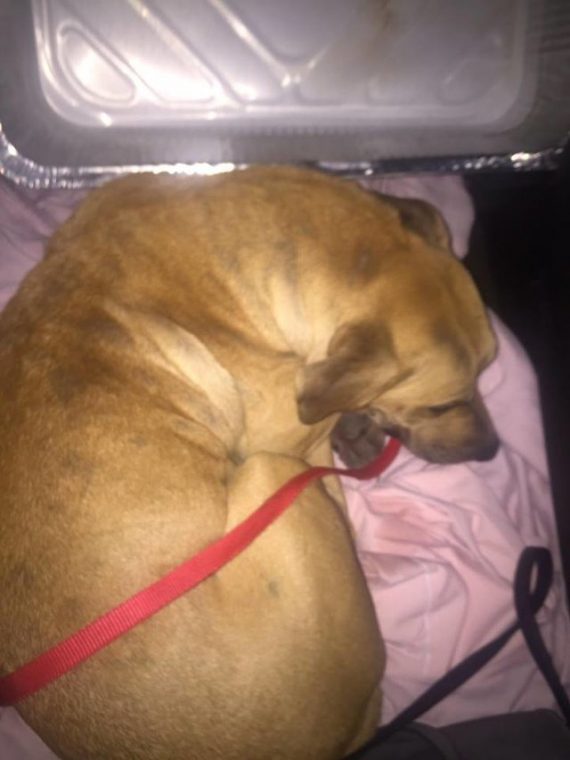 They were even able to slip a leash around her neck, but she refused to get up. So they picked her up and went with a blanket on the floor of the vehicle instead of a crate. 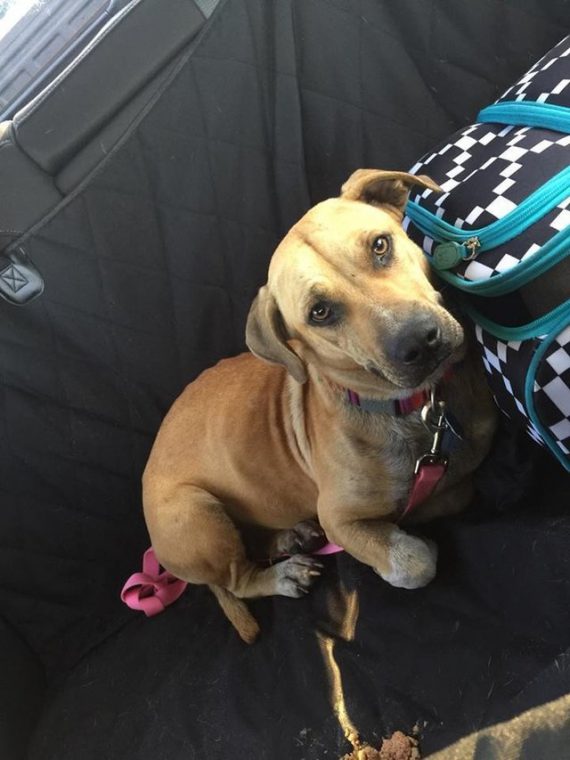 When the volunteers arrived back in Orlando, Harper was treated for anemia, worms, and a tooth infection. But healing her soul would take a lot longer. 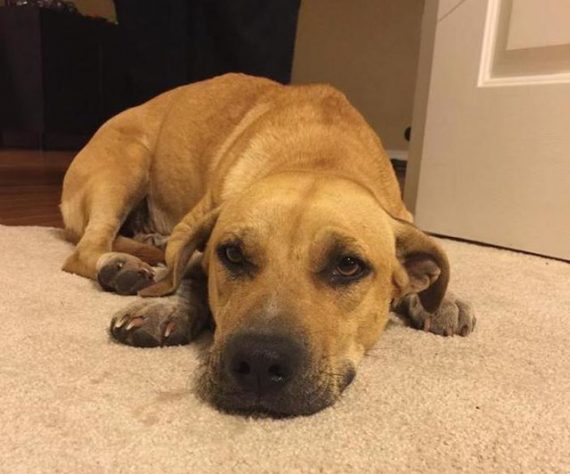 Harper didn’t stand up for three days. And anytime someone picked her up, she’d cling to them and not let go. 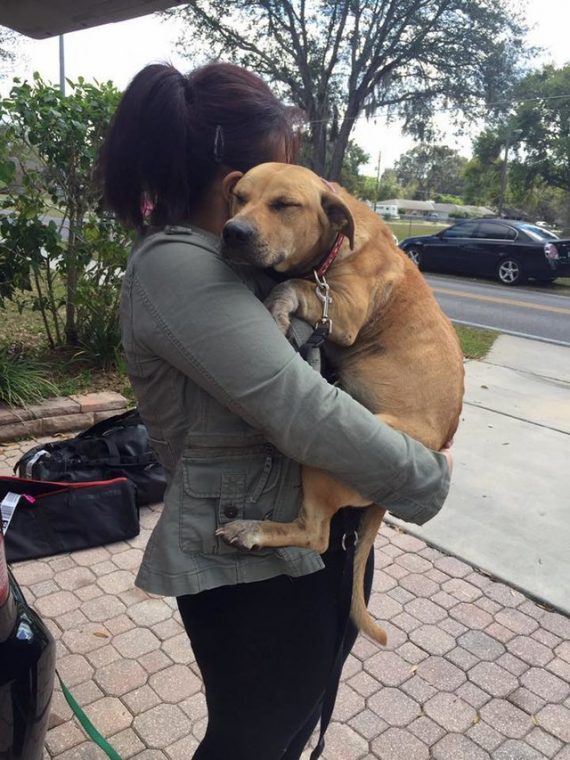 Harper’s past obviously took a huge toll on the poor dog. 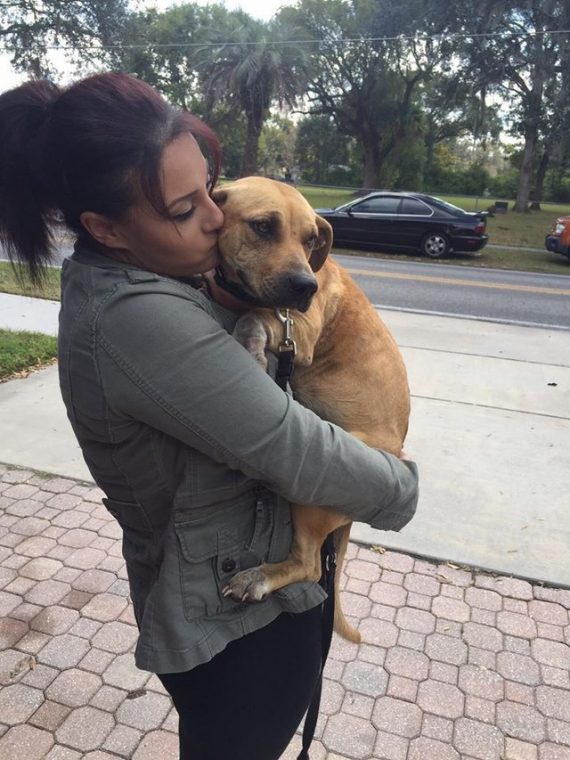 Harper went straight to foster care with a woman named Cheryl Kessler. After just a few weeks, she’d already seen a huge change in the dog. 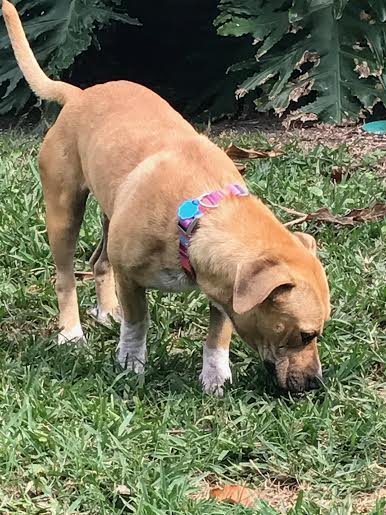 She’s been getting better every day and really coming out of her shell. Harper’s acting much like a normal dog running around and doing donuts in the backyard. 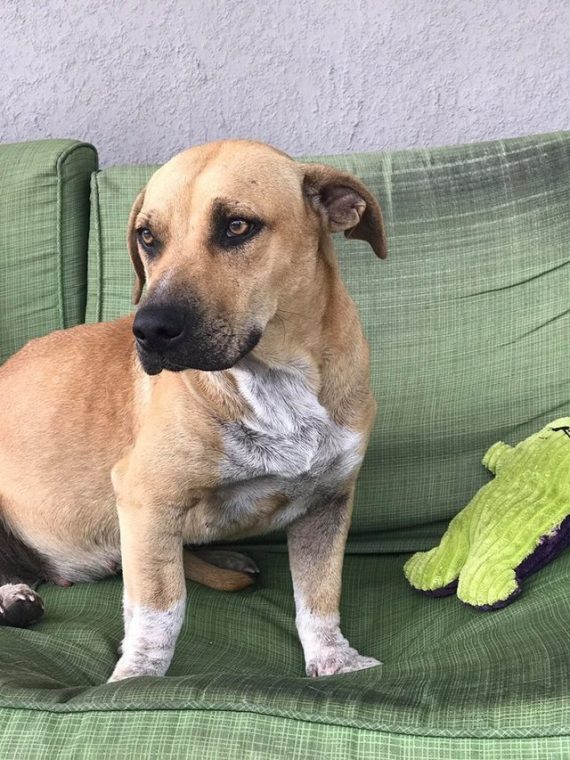 Harper should be going up for adoption anytime now, and you can contact Furever Bully Love Rescue here. This sweet pup sure has come a long way.