When Hope For Paws received a call about a dog who had given birth in an industrial area they didn’t realize they were in for a long and arduous rescue trying to catch the mother and her pups.

The trouble began when the mother didn’t respond to food, but instead kept a close eye on her puppies. Things escalated when the mom realized they had spotted her and she started running.

But thankfully, Loreta Frankonyte and Eldad Hagar were well-prepared and had enclosed the large area. With quick-thinking and a bit of luck they manage to catch the frightened mother dog. 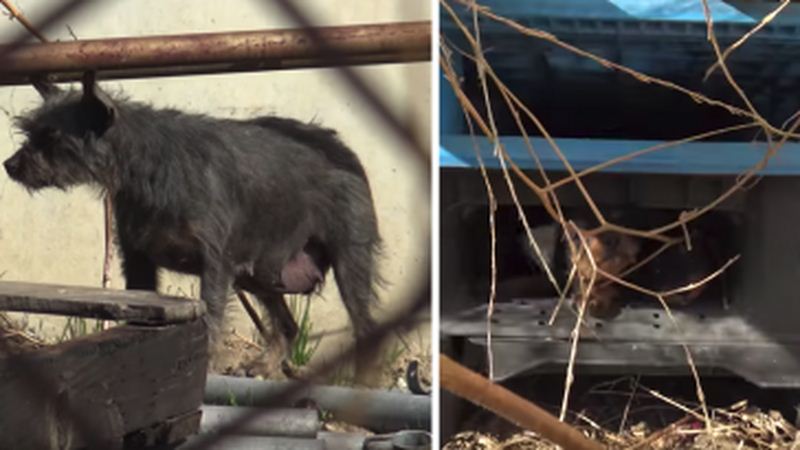 However, what they hadn’t anticipated was the time it would take, and by the time they turned their attention to the puppies, night had fallen and the three puppies had scattered into the darkness, hiding in the many pipes and crate containers scattered on the lot.

What followed was a frantic race to try and catch them all! It’s no wonder that everyone was exhausted afterwards, including Loreta.