Sometimes animals who have been neglected or abused in the past need special coping mechanisms to heal.

It can be hard for them to socialize properly if they have experienced hate most of their lives, so they need extra attention and care to help them trust.

Some are able to recover as soon as they start having love shown to them, like this sweet mama pit bull.

But others need a little bit more time to break out of their overprotective shells and move past coping mechanisms like toys.

For poor Slim the pit bull, who was found starving in an abandoned home, his source of solace was not your ordinary toy — it was a big silver bucket that he loved to carry around.

Fortunately, Slim is now living in a happy forever home, thanks to the shelter, his foster family, and all the kind nonprofits that helped promote him.

Check below to learn more about Slim’s journey. 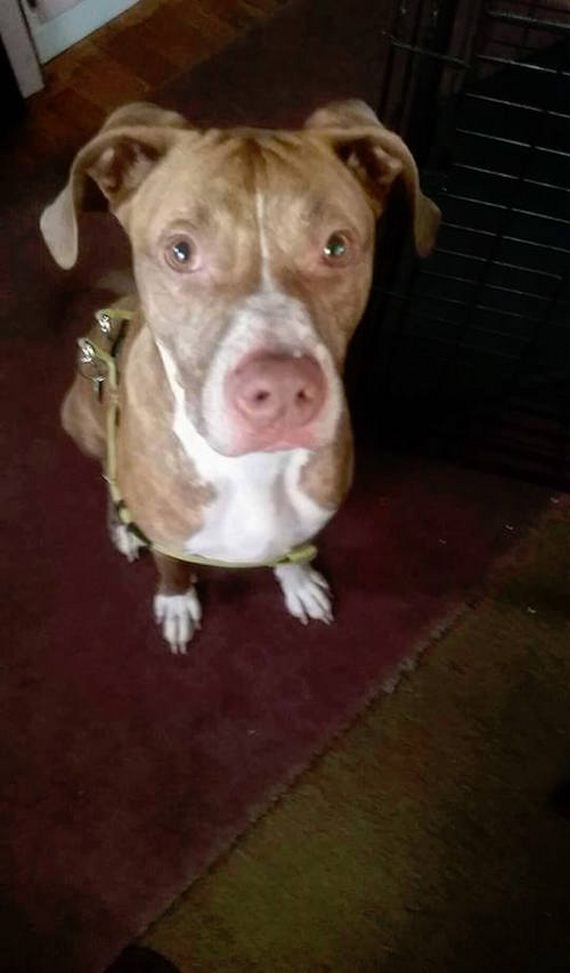 Poor Slim the pit bull mix was found and rescued in an abandoned house — scared, malnourished, and fighting for his life.

He was taken to the Ashland County Dog Shelter in Ohio, and nervously destroyed almost every toy that was given to him — except for one. 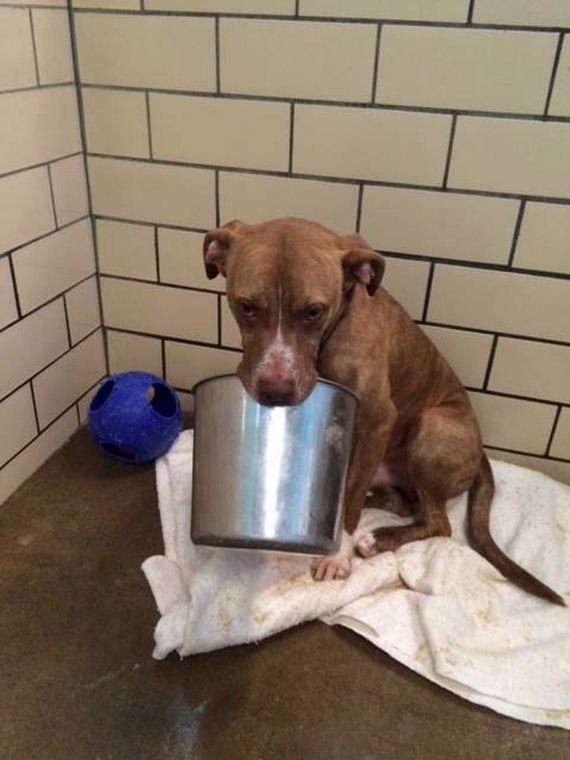 He found a strange solace in a big silver bucket in his kennel — and he loved to carry it around everywhere between his jaws.

The charity organization Rescue Me Ohio posted the picture of the sweet pit and his bucket on Facebook, raving about how good of a pet he would make. 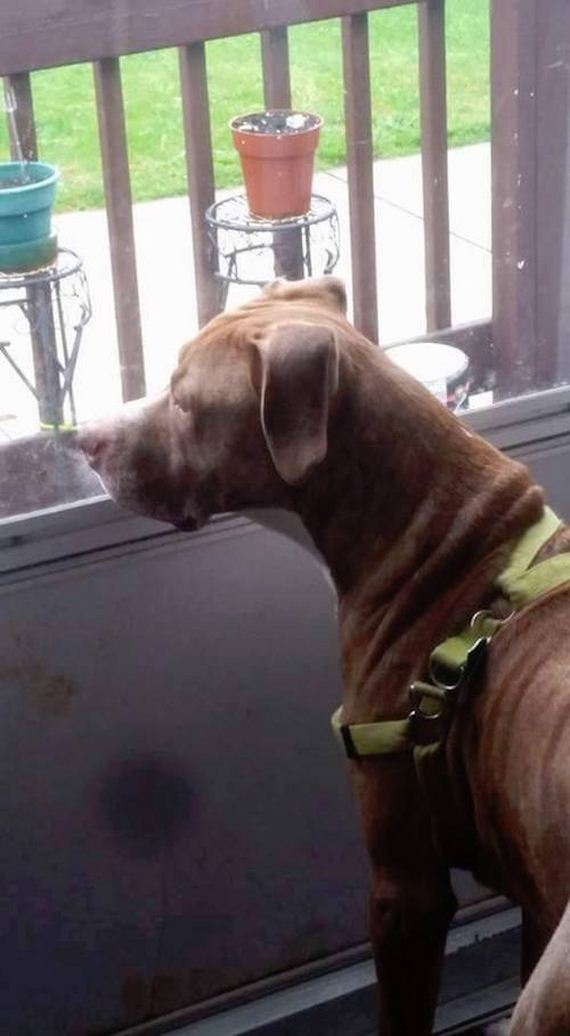 Fortunately Slim was able to find his forever family, and it started once he was able to get fostered.

According to the Facebook post celebrating his and another dog named Rubble’s adoption, “Their foster moms simply couldn’t give them up!” 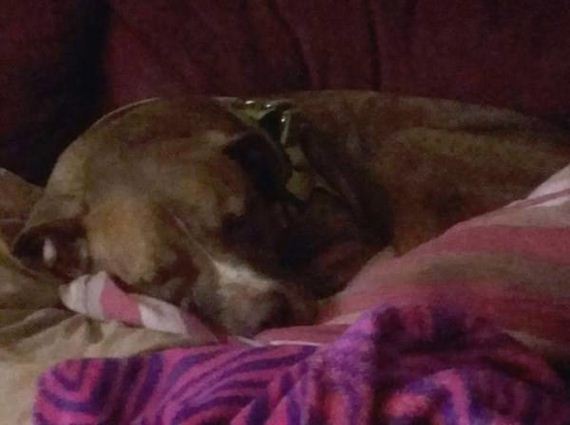 This clearly proves how sweet the bucket-loving baby is — despite being so terrified when he was rescued.

His foster family was so smitten with him and his adorable disposition, they couldn’t imagine giving him up to someone else. 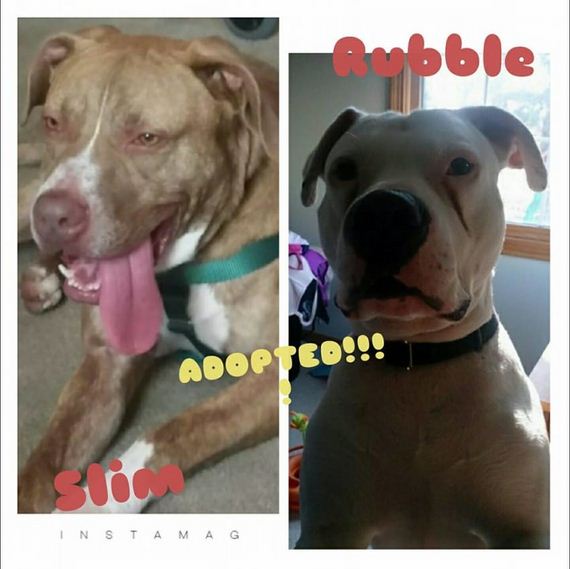 Thanks to the shelter, Rescue Me Ohio, and Forget Me Not Animal Rescue, dogs like Slim are able to be promoted to so many people outside the shelter, so they have a better chance of being adopted.

Slim and his bucket obviously won over many people, which eventually led to his fostering and adoption. 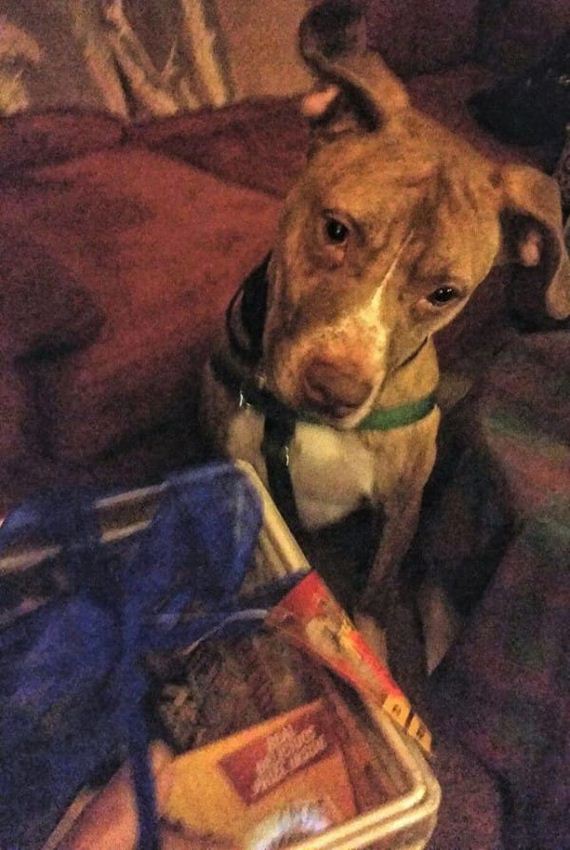 Even the saddest doggy cases can end in happiness when sweet people take action.

Congratulations to Slim for overcoming past abuse with his favorite bucket and finding a forever home!

If you believe that all pit bulls deserve good homes, make sure to SHARE with friends and family on Facebook.