Boby used to be a stray dog no one wanted, but after falling in a canal and being close to death, the dog went from homeless to loved home pet. 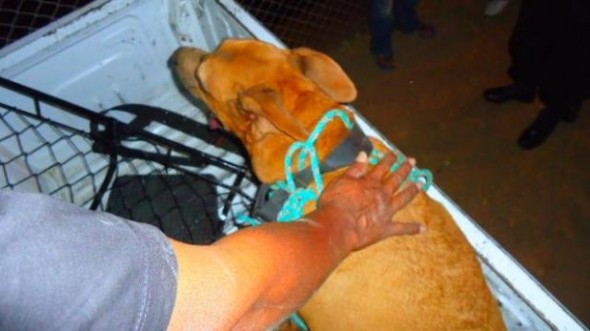 On October 20, 2015, the stray dog was walking the streets of his neighborhood in Piura, Peru, when he fell into a canal. The waters in the canal had a strong current and the pet got washed away. Luckily, local residents heard the dog’s frantic cries and rushed to look for someone who could help rescue the dog.

It was 7:00 p.m. and the night watchman was doing his rounds when neighbors approached him and asked if he could do something. The man rushed over to the canal and with the help of other neighbors they organized a rescue mission.

Using ropes and a stretcher, the dog was pulled from the waters. Boby was then taken to the watchmen’s office where he was bathed and fed.

The neighborhood security man adopted the dog and Boby now has a home, meals and most importantly love.