Mama and Oreo spent their lives being chained up, enduring the elements with only basic shelter. The elderly woman who rescued them lived in a very poor area and wasn’t allowed to have pets indoors, and she had no access to better care for them.

Thankfully, the Coalition to Unchain Dogs found out about the situation, and the reactions of these dogs to finally being unchained is fantastic. 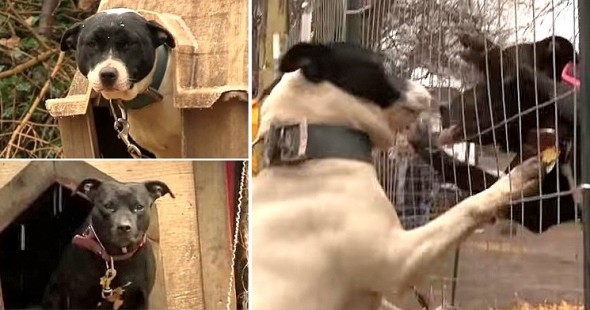 Belinda, an elderly woman living in North Carolina, saved two dogs who had been abandoned in her neighborhood.  But her landlord wouldn’t let her have them inside, so she had no choice but to keep them outside.  She provided them with dog houses, but there was no fence, so she had to keep them tethered. 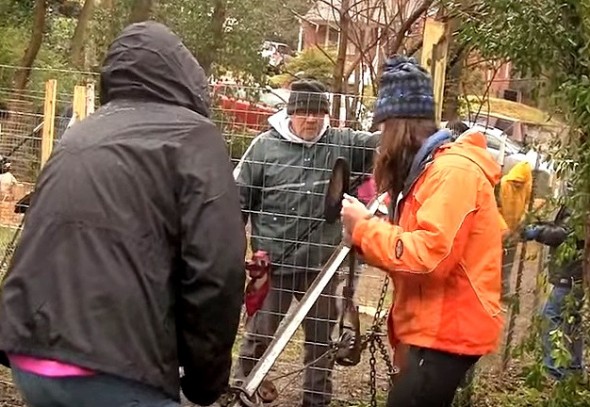 One day, Mama’s chain broke and she escaped.  She was picked up by animal control.  They brought Mama back to Belinda instead of to the shelter.  The officer gave her the contact info for Lori Hensley, the operations director of the Coalition to Unchain Dogs.

The group came to her house to install a fence and spread hay around and in the dog houses to help keep them warm.

“We built the fence for Belinda and her dogs and gave the dogs straw because Belinda lives alone and without a car in one of the poorest and most under-served neighborhoods of Durham. She has no easy access to a grocery store or pet care stores.  Yet her dogs are well-fed and well-loved,” Hensley told BarkPost. “Belinda rescued Mama and Oreo and loves them very much.  She just needed a little help in caring for them.” 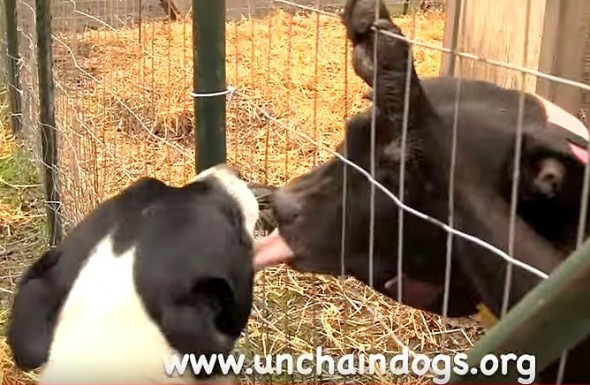