Hope For Paws received a call about two dogs who were abandoned on the street. They were told one of the dogs had a huge tumor around her stomach. They arrived on scene to see the two friends together — they refused to leave each other’s sides. The rescuers took a moment to offer food and talk to them a bit. 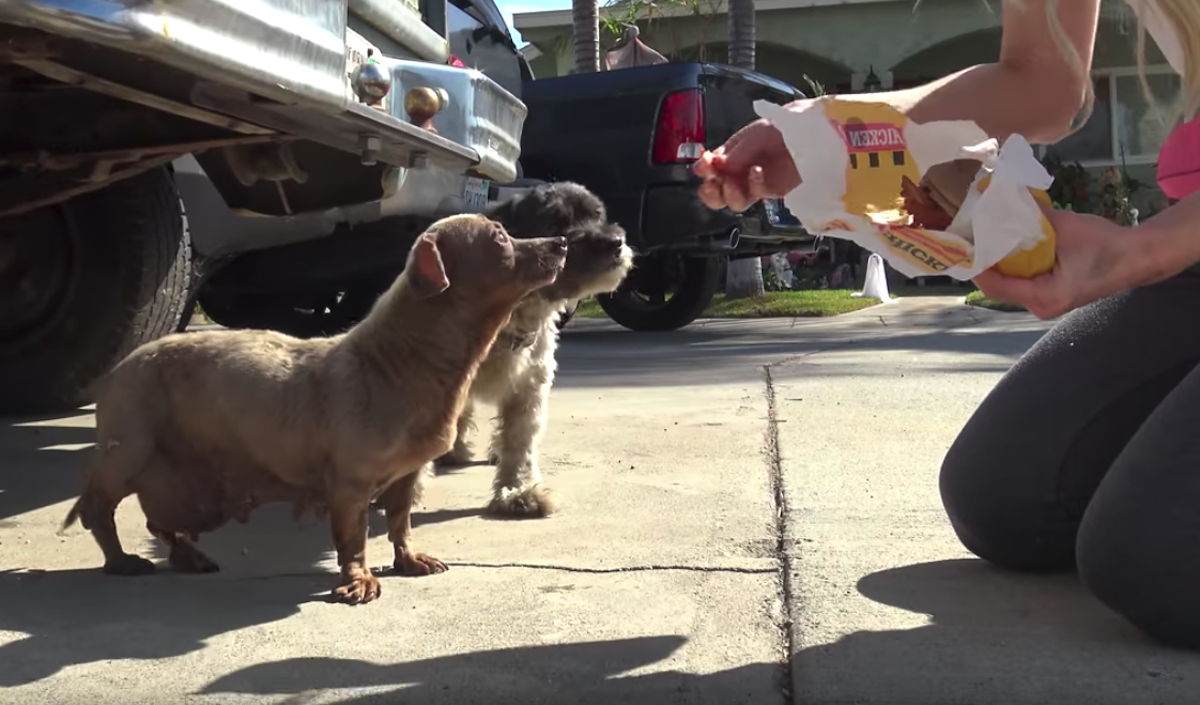 The dogs proceeded to follow them over to the Hope For Paws rescue vehicle, and that’s where they placed Lucky Leashes around their necks. They named the dogs Orchid and Minks. 🙂 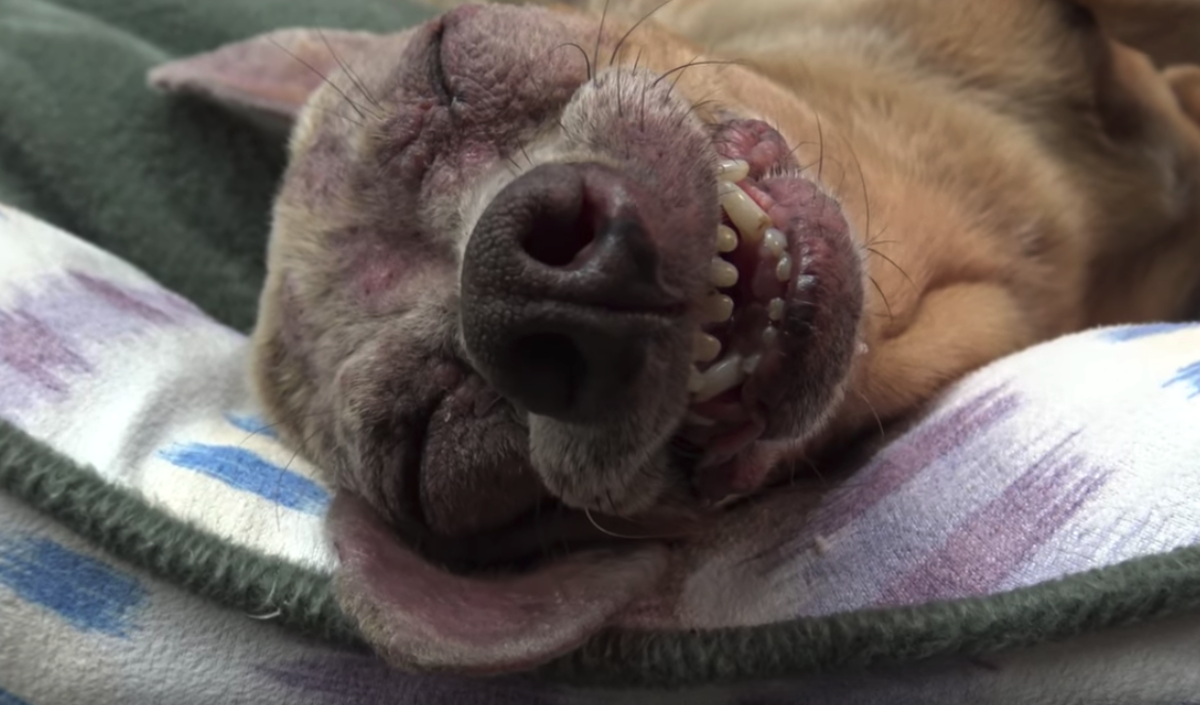 The dogs were taken back to the headquarters where they had hundreds of fleas and ticks removed. Then it was finally time for a nice, long nap! These two deserved it after everything they’d gone through. 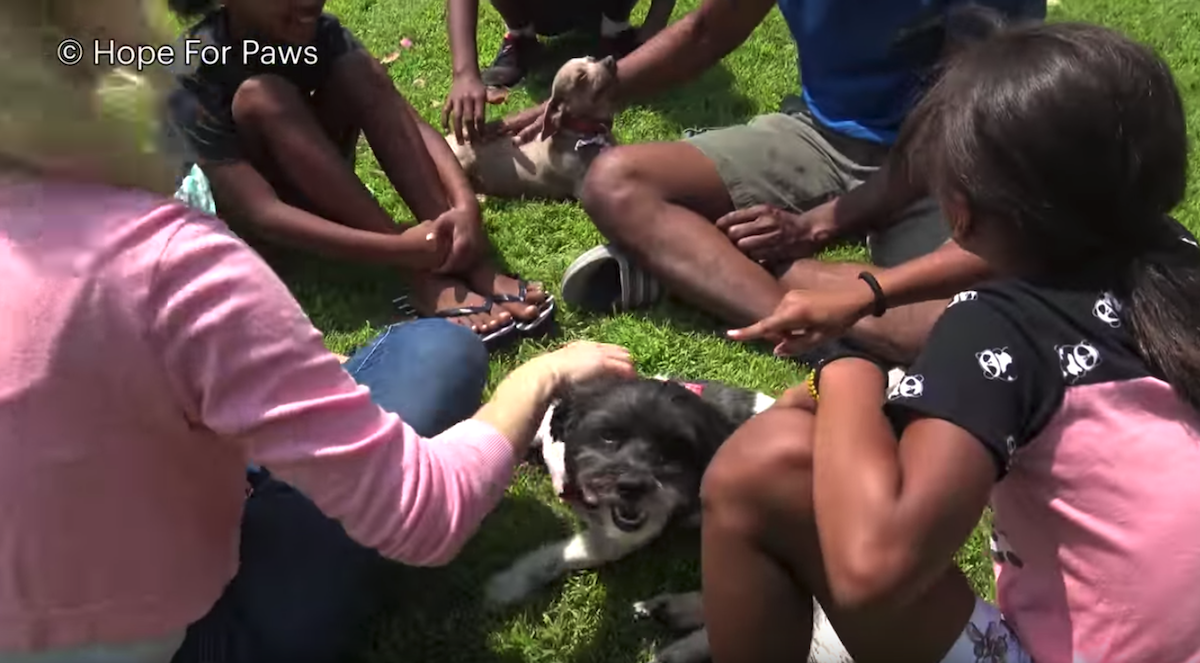 Minks and Orchid then went on to be fostered by L.A. Animal Rescue, and it wasn’t long after that when they found a forever home together! We’re so glad the two dogs will remain together for the rest of their lives. 🙂