Clarence, a senior Pug, was lucky to find himself at the Vintage Pet Rescue in Rhode Island. Founded by couple Kristen and Marc Peralta, they pull older pets from shelters and give them a permanent home to spent their golden years in love and safety.

“Senior dogs are a perfect fit for our lifestyle,” Kristen told iHeartDogs. “They don’t need long walks or hikes and they are perfectly happy sleeping on your lap for most of the day. We think vintage (senior) dogs are amazing and they shouldn’t spend their last months or years in a shelter.” 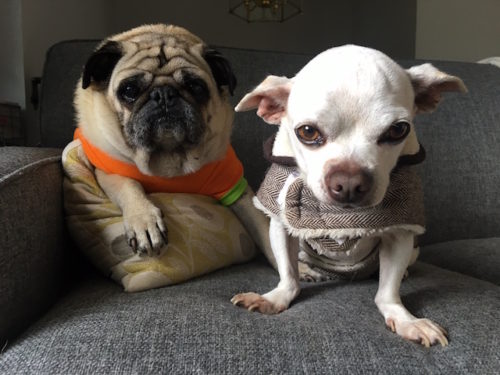 One of their residents is Clarence, a laid-back Pug who has always enjoyed socializing with his fellow four-legged pals. He was never especially close to any one furry friend, but all that changed once Nougat came along. 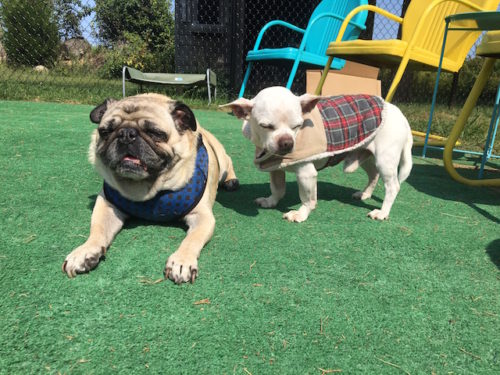 Sadly, the 10-year-old Chihuahua had been picked up as a stray and taken to a nearby shelter, a scary environment that left him feeling overwhelmed. Although he didn’t seem to bond with anyone, the Paralta’s decided to give Nougat a chance – and something magical happened. 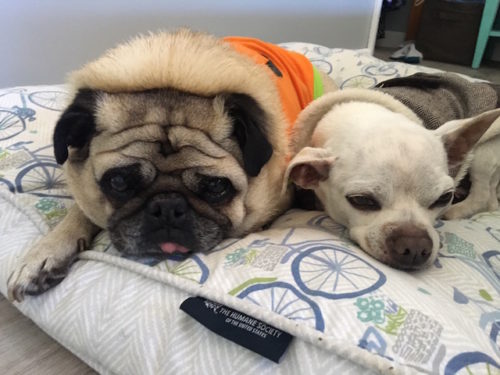 “Nougat was really shut down at the shelter in Providence. He avoided me in the play yard and jumped off my lap immediately. But when he met Clarence, Nougat really started to blossom.” 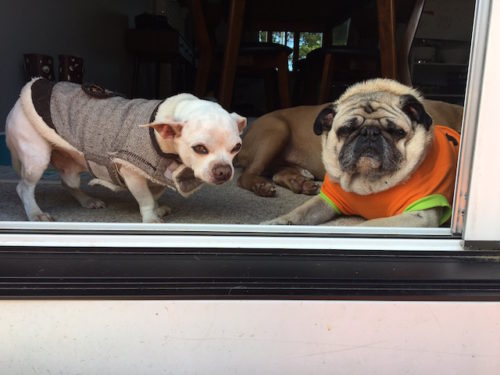 The two gravitated toward each other as if they’d been best friends from the beginning. Kristen told iHeartDogs, “The relationship that has formed between Nougat and Clarence is the cutest thing I have ever seen.”

“I almost didn’t adopt Nougat when I met him at the shelter because he was very aloof and wanted nothing to do with me. He was my shadow after being in our home for a few hours and then he started following Clarence. They are inseparable and seeing their relationship form just melts my heart.” 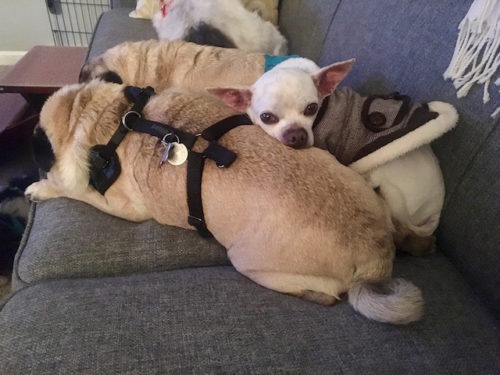 They’ve been best friends ever since. According to People, the furry friends play together, snuggle together, and even “hold paws.”

“Nougat is a completely different dog,” Peralta said in the story. “It’s yet another reminder that you really can’t judge a dog by how they act in a shelter environment.” 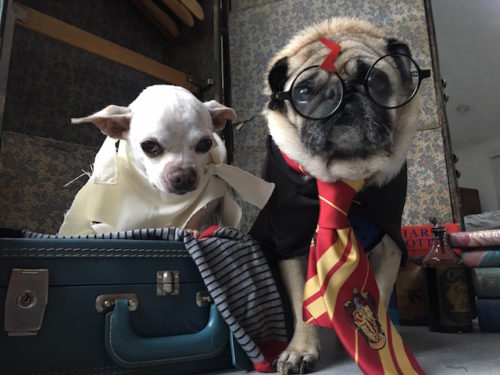 Kirsten tells us that the pups in their care are not up for adoption at this time. Therefore, each and every one of their companions can take comfort in knowing that they’ve found their forever retirement home! 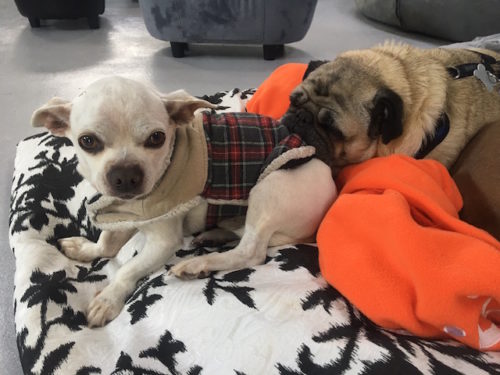 As for BFF’s Clarence and Nougat, they’ll be enjoying their golden years together. We’re so glad that they’ve found a comfortable, safe, and loving home to savor every single day of the rest of their lives!