Alanna and Neal Flaherty never thought they’d adopt another dog after losing their two beloved dogs at the same time. They were scared to go through such a tremendous loss again, so they didn’t even consider visiting the shelter yet. But when they heard the story of an abused and neglected dog named Arlo, it seemed meant to be.

Arlo is a senior dog, estimated to be between 10 and 15 years old. For his whole life, he went through endless abuse and suffering, including being hit by a car, chained up, and abandoned on the side of the road. The Flahertys knew that they had to show this pup love, no matter how much time he had left. 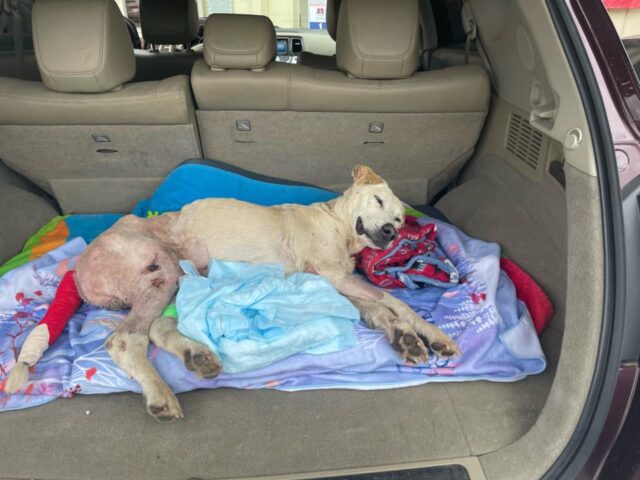 Arlo was rescued after being dumped on the side of the road for a week. People came by to give him food and water, but it took a while before someone went to find help for him. When rescuers arrived, they realized that being abandoned was only the beginning of his suffering.

Before getting dumped, Arlo had been hit by a car, shot, and chained up for a long time. As a result, he had a back injury, a broken tail, a broken femur, and scars all over his neck. The poor pup was also severely malnourished. Despite being an older dog, he had never felt love in the past decade. 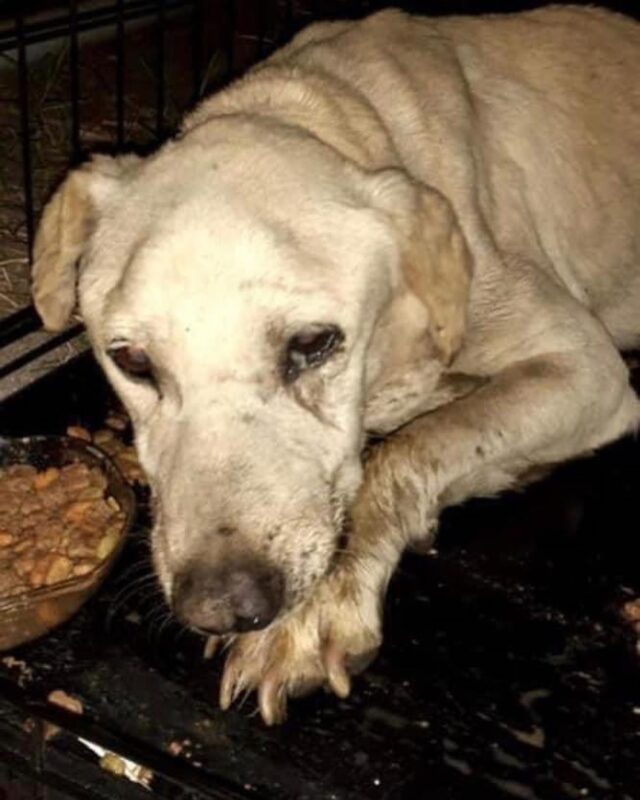 “Arlo is an old lab who was hit by a car in Texas, severely injured, and lay on the side of the road for days, left for dead. Many cars drove by him, people put out pleas, people begged, and yet nobody came to help him. Lake Charles Pit Bull Rescue heard about him and took him in and rushed him to a vet. He was a mess – broken bones, broken tail, high heartworm positive and a whole list of other things. We didn’t know if he would survive the numerous surgeries or the aftermath. We didn’t know if he would ever walk again,” wrote animal rescue volunteer, Alex Lovett Woodsum. Arlo spent six months at the Lake Area Animal Hospital as he went through surgery, had his tail amputated, and learned to walk again. Even as he recovered, many adopters overlooked him because he was so old. No one wanted to take a chance on him without knowing if he’d have much time left. But Lake Charles Pit Bull Rescue was determined to find a home for him.

Welcomed By the Kindest Family

Eventually, a family on the northeast coast of the United States learned about Arlo and fell in love. Alanna and Neal recently said goodbye to their senior dogs, Oscar and Gus. Even though their hearts were broken, they knew they didn’t want Arlo’s to break ever again. So, they adopted him and spoiled him right away. 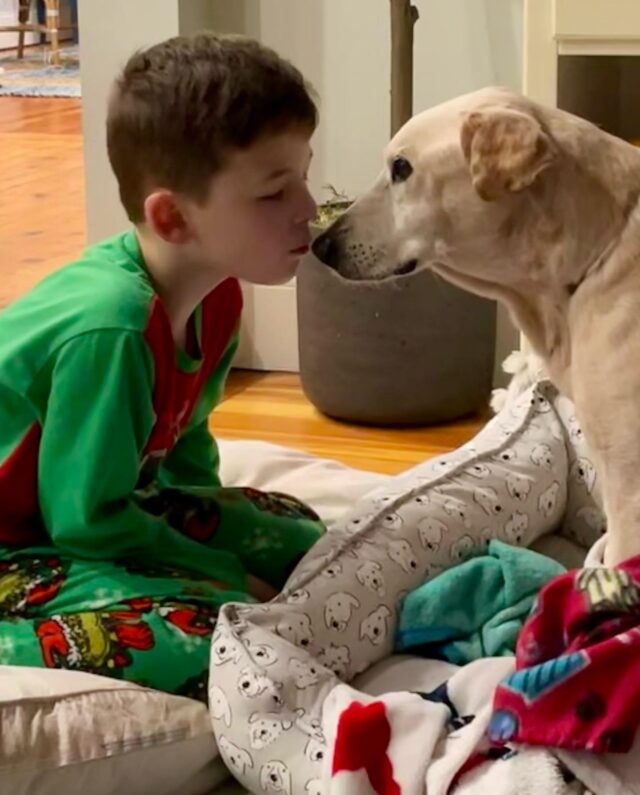 “Ultimately, we believed that we owed it to him after everything he’s been through to show him love and comfort, whether he had one day left or years left, so we agreed that we’d take him in regardless of what that looked like,” Alanna wrote on Facebook. “Sweet boy Arlo is not only surviving, but he is thriving. He went from not eating at all, to taking down full rotisserie chickens; from not being able to move, to trotting along the beach without support. He is truly a little miracle pup, and we feel so lucky to have the opportunity to be alongside him as he gets stronger each day.” 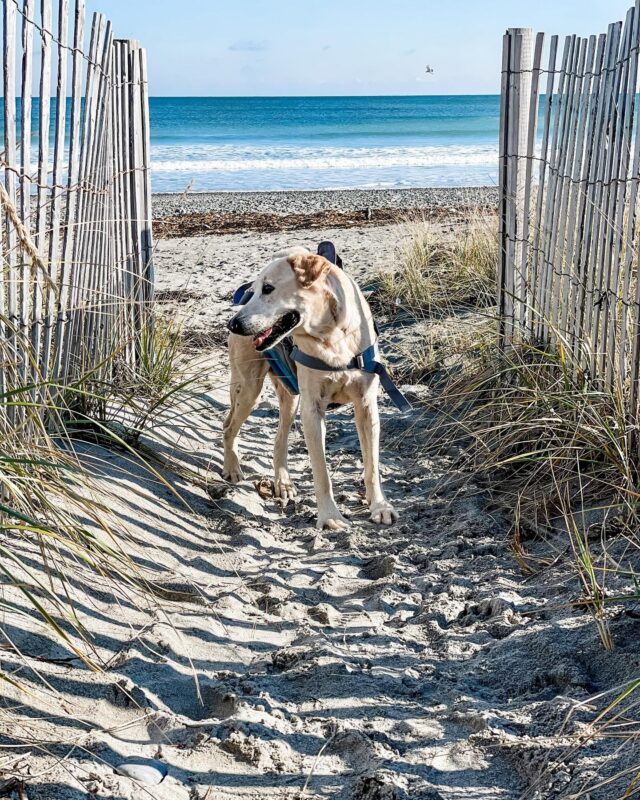 Arlo now spends his days with a look of joy across his face. He has no problem walking, and he loves getting attention from his forever family. They don’t care about his age or his past. He’s perfect to them, and all that matters is that he’s loved.

Senior dogs make the best companions to the kind people who choose to adopt them! Arlo certainly deserves all this love and pampering after everything he went through.