Did you know that dogs can get a Master’s Degree? Yup, no kidding!

A dog named Kirsch earned an Honorary Master’s Degree at the Johns Hopkins University School of Education. This adorable service dog sat through all the classes together with his human, Carlos Mora. He was able to attend the classes included in Mr. Mora’s program for him to finish his Master’s Degree in Mental Health Counseling. So during graduation day, Kirsch was also with Mr. Mora, wearing a cap and graduation gown. 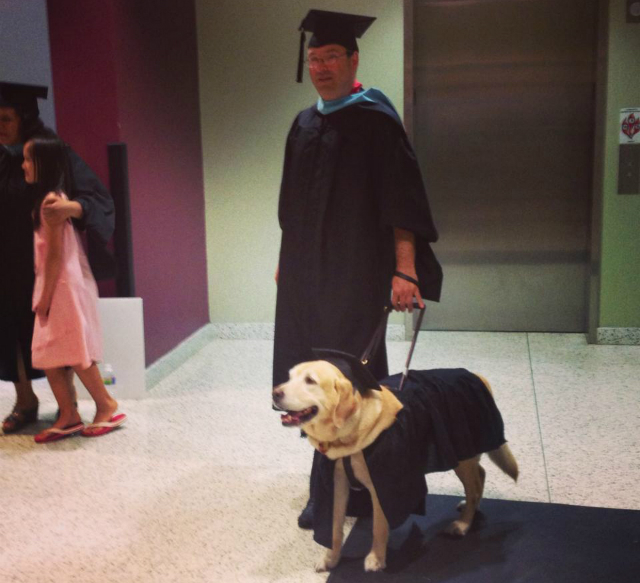 Kirsch was the most adorable graduate there. He and his human were the last ones called on stage. And when they were called, this was what the college officials said,

“Our last counseling degree graduate to walk across the stage tonight is Carlos Mora and his service dog, Kirsch. Since Kirsch sat through every class with Carlos, both will be receiving a master’s degree in mental health counseling. We want everyone to know that Kirsch was not charged for his degree.” 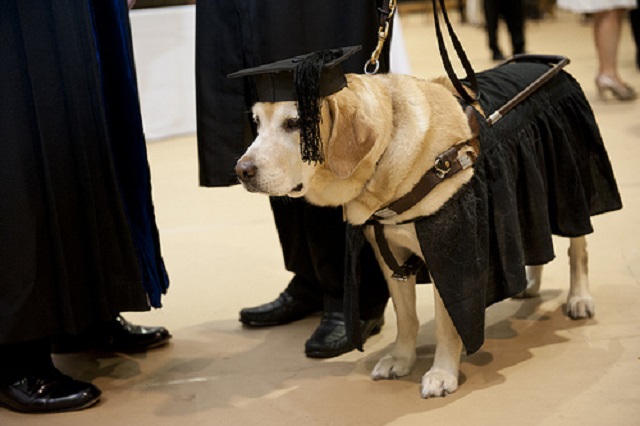 Kirsch also got a diploma for his Honorary Master’s Degree. And it’s a real one, signed by the School of Education Dean and the Vice Dean of Academic Affairs. 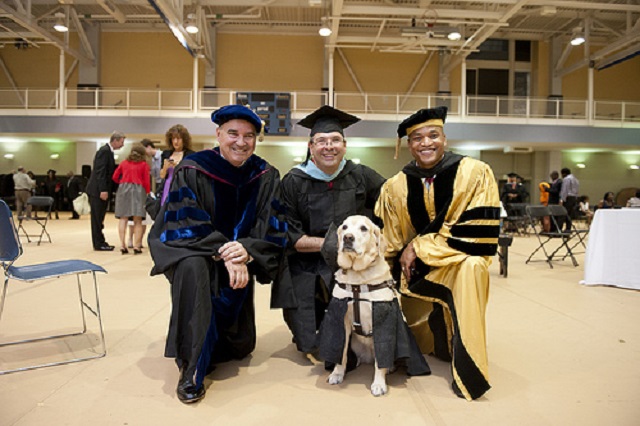