When a bride and a groom plan their wedding, they want to share that special day with their friends and loved ones, and when your best friend is a dog, you want to make sure your pet is also part of your wedding.

Gabe, a Golden Retriever from Florida is U.S Army veteran Justin Lansford’s service dog. The pet is not only a certified service support dog, he is also Lansford’s best friend and as such he had the honor of standing up as best man in Lansford’s wedding. 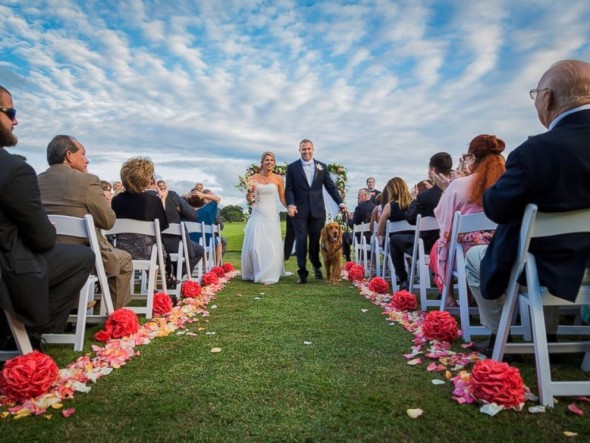 In 2012, the Army veteran was injured by an IED explosion while he stationed in Afghanistan. The explosion flipped the vehicle Lansford was in and severed his femurs. As a result, the soldier’s left leg had to be amputated.

The veteran recovered back home and was paired with Gabe, then two years old and a recent graduate from the Warrior Canine Connection (WCC). The dog and the soldier soon establish a strong bond and became inseparable. Gabe even helped Lansford propose to his girlfriend Carol Balmes. 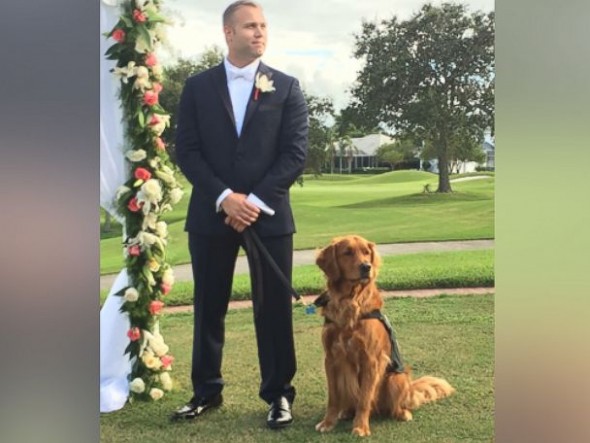 On October 3, 2015, Lansford and Balmes tied the knot in Largo, Fla. and Gabe was there to stand by his best friend.