For Morgan Rath, high school graduation was a day she thought she might never see. She suffers from severe anxiety and depression which began her Freshman year. Her symptoms led to panic attacks and a brief hospitalization, but a chance encounter with a stray dog helped turn that all around. Morgan rescued Paisley from the streets of Emerson, Georgia. In return, Paisley rescued her right back! Last month the pair crossed the stage together to accept Morgan’s diploma.

Morgan was a Junior at Kennesaw Mountain High School experiencing up to five panic attacks a week when she spotted the pitiful stray that would become her lifeline. She searched for the dog’s owner and contacted local vets and rescues, but no one came forward to claim Paisley.

The Rath family decided to keep her, and Morgan wondered if the young Shepherd mix had what it took to become a service dog. A few meetings with a professional trainer proved promising, and in March 2016, Paisley officially began her service dog training at Animals Deserve Better Dog Rescue‘s Paws for Life program in Marietta. 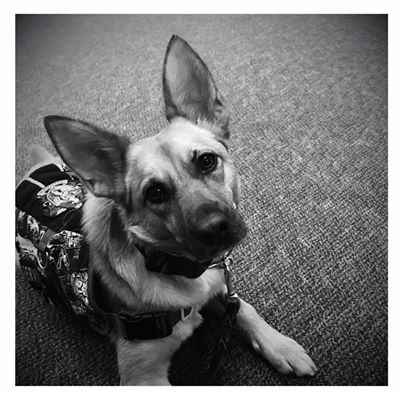 The next hurdle was convincing officials at the high school to allow Paisley to accompany Morgan to her classes. After plenty of paperwork and a lot of worry, the answer came through – Paisley was approved!

On the first day of Megan’s senior year, the school sent a letter out to parents informing them that a service dog would be attending with their children that year. 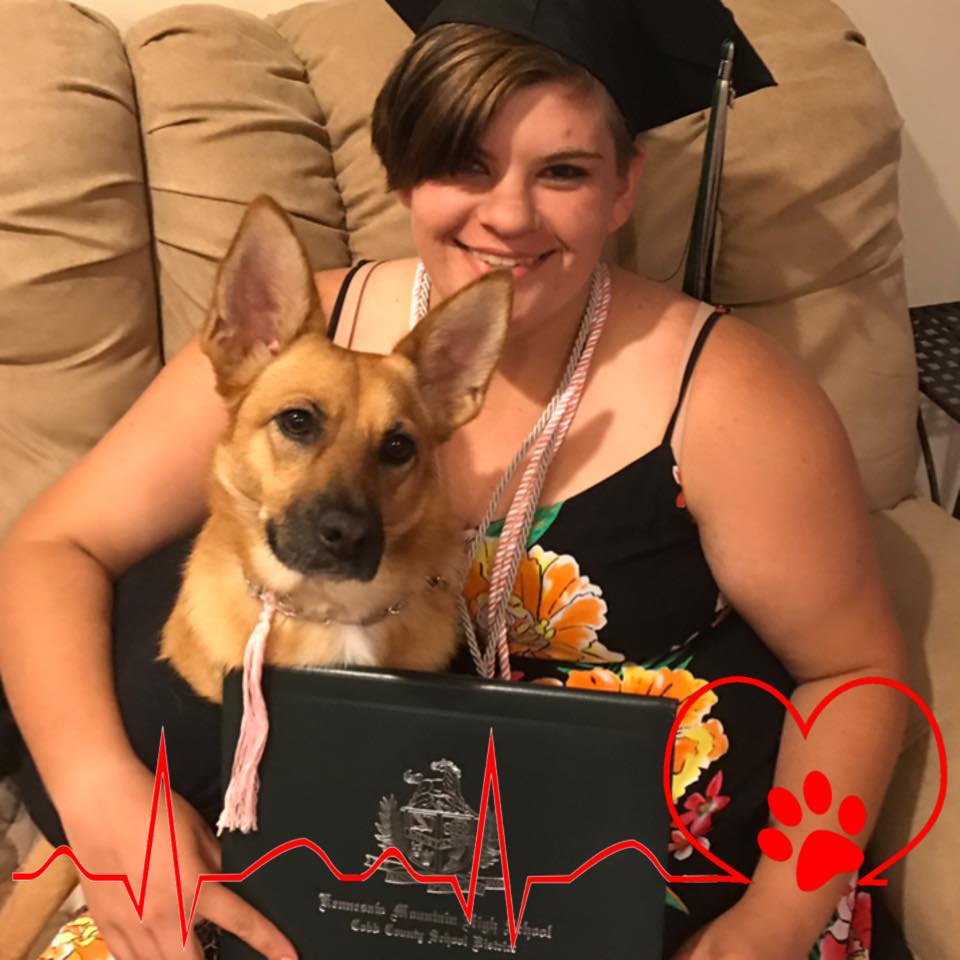 Finally, in May, the big day arrived! Paisley donned a tassled black dress to match Morgan’s traditional cap and gown. They took their ceremonious walk across the stage together as Morgan graduated with Honors and Paisley became the first service dog to “graduate” from Kennesaw Mountain High!