Four years ago, Christopher Baity, a military working dog (MWD) handler in the U.S. Marine Corps, returned to his civilian life. After six overseas deployments, four of which were combat deployments in the Middle East and Afghanistan, adjusting to a new normal wasn’t easy.

Still in his 20s, Baity suffered from bouts of post-traumatic stress disorder (PTSD), and was struggling to find a fulfilling career that could support his young family.

Then, one day, everything changed. 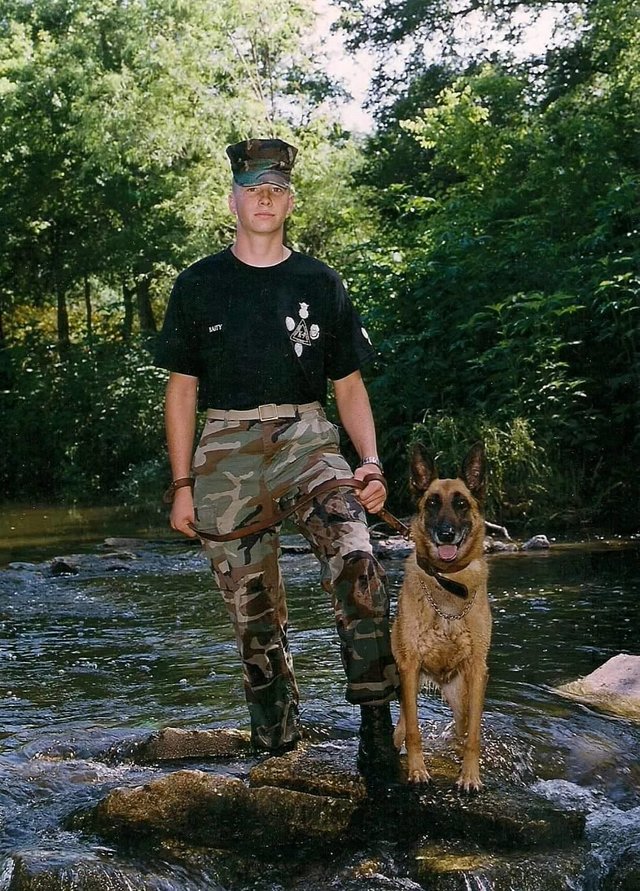 While working with service members at Walter Reed National Military Medical Center, in Bethesda, Maryland, Baity spotted a soldier with an assistance dog. When he returned home that day, his excitement was palpable, Amanda Baity, his wife, told The Dodo. That’s when the idea for Semper K9 Assistance Dogs was born.

Together, Christopher and Amanda Baity envisioned a program that would train and supply assistance dogs to aid veterans with their daily tasks and challenges. 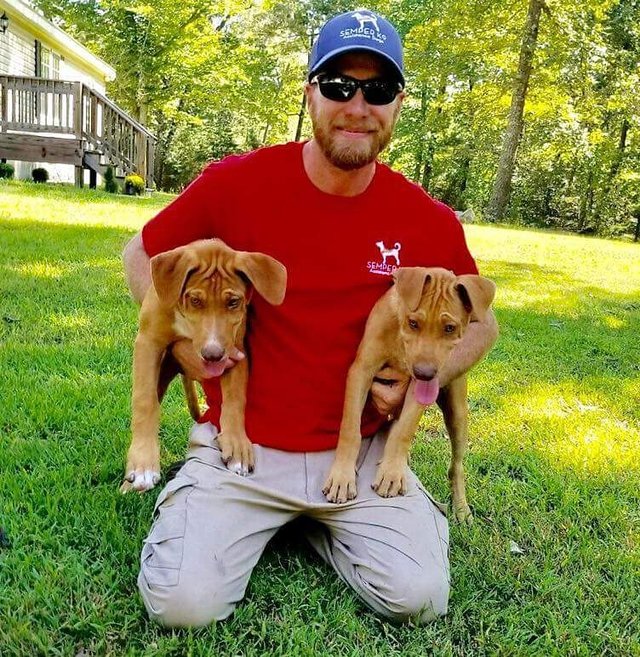 “We did research for a good nine months before we launched Semper K9. Our biggest goals were that we were going utilize rescue dogs and we were not going to charge the veterans,” Amanda Baity, now the director of operations at Semper K9, said. “This gave my husband a sense of self — this was why he came back from combat in one piece.” 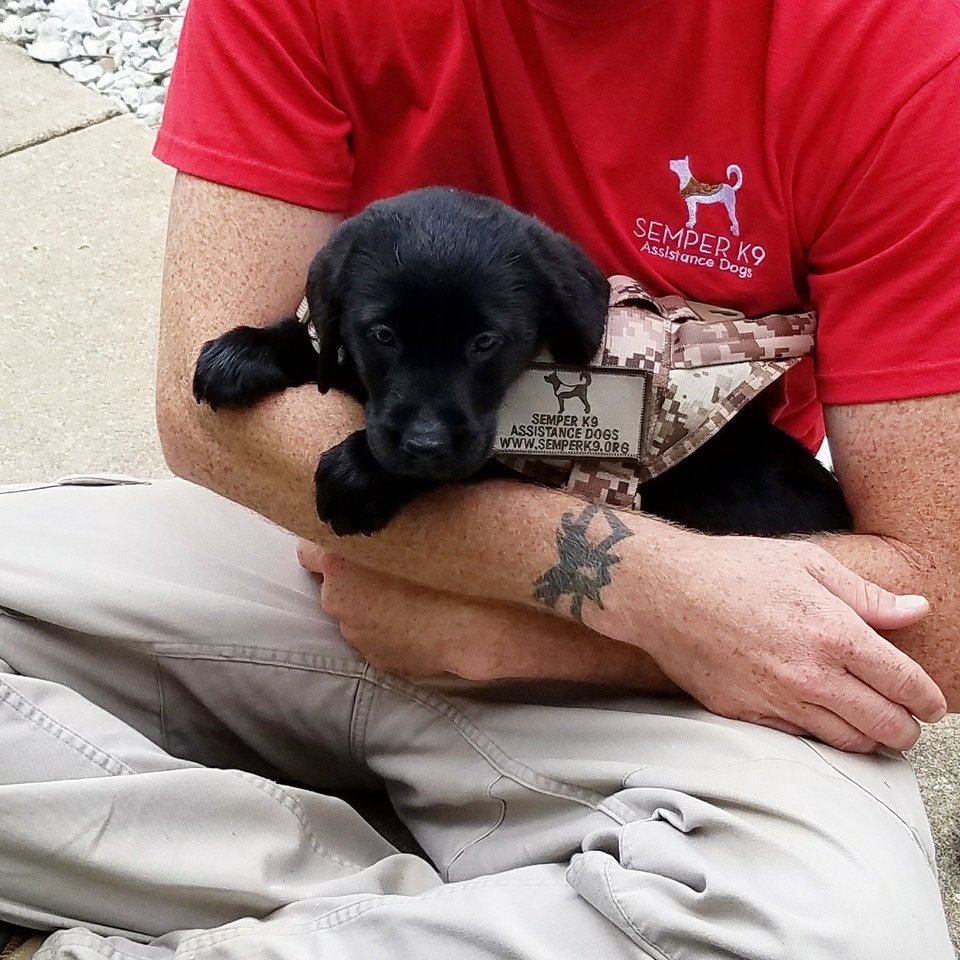 Not only does the program benefit veterans, but it also partners with animal rescues who pull dogs from high-kill shelters across the state to find the perfect canine candidates. This part of the mission is very important to the Baitys.

“Every 180 minutes, a veteran commits suicide. That is an average of 20 lives a day … Every 11 seconds, an animal is euthanized in the U.S.,” Semper K9 notes on its website. “Semper K9 is helping make a difference in those figures by rescuing dogs from the shelter and training them to be service dogs for wounded service members at no cost.” 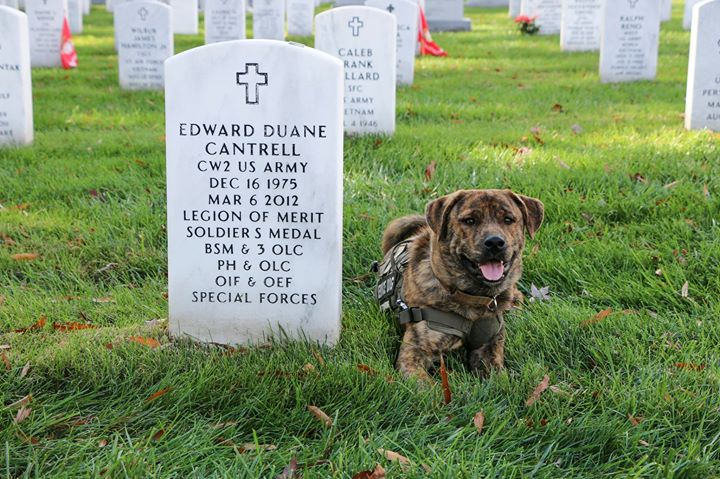 “One of the things that makes us really unique, besides the fact that we use rescue dogs, is that we integrate the whole family into the training — the spouse, the children and the parents of the veteran,” Amanda Baity explained. “We teach them all the basic handling skills, which gives them an opportunity to bond as a family, but it also gives the family the skills they need if there comes a time where they may have to intervene and take over the dog.” 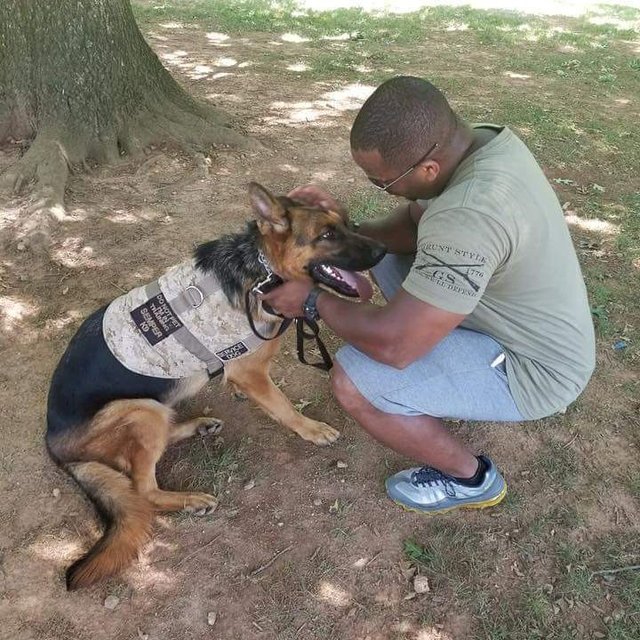 Since Semper K9’s founding in 2014, the nonprofit has grown to have over 115 volunteers and K9 coaches. Currently the program is run out of the Baity’s Virginia home, but they will soon start construction on a special facility, giving Semper K9 the home it deserves.

To date, Semper K9 has graduated 26 dog and veteran teams with a 100-percent success rate.

When the right match between dog and veteran comes along, the bond is evident to all, Baity noted. “You just feel it. You can see it in their face, you can see that the dog starts performing for them perfectly,” Baity said. “We’ve had several times during training class where a veteran has had an episode and the dog alerted. A lot of the time the dog is letting us know which veteran they get along with.” 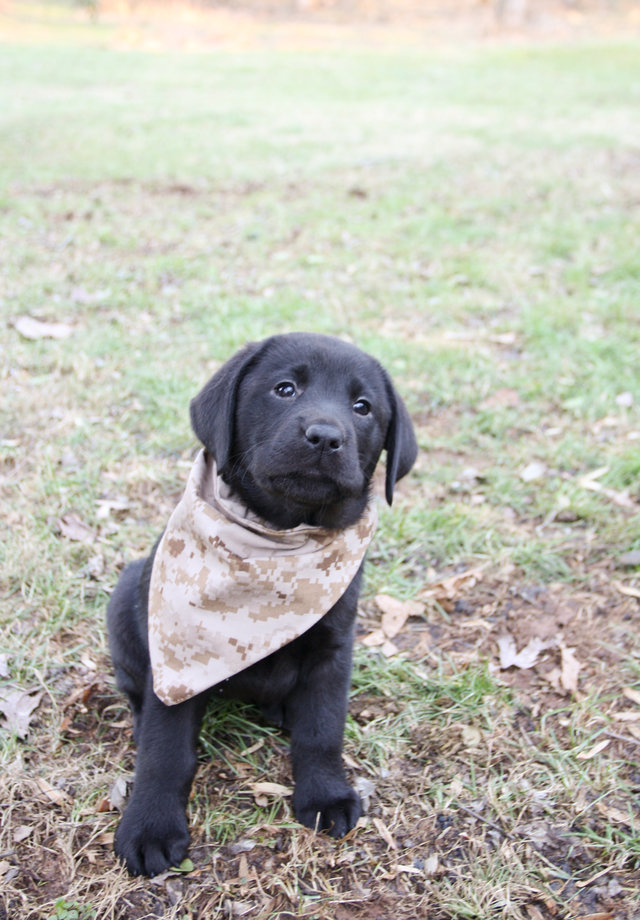 This is exactly how Army Master Sgt. Leigh Michel felt when she met service dog Lizzy. “We just connected really well when we met,” Michel told The Dodo. “She responded really well to me, we got along and it just kind of happened instantly.” 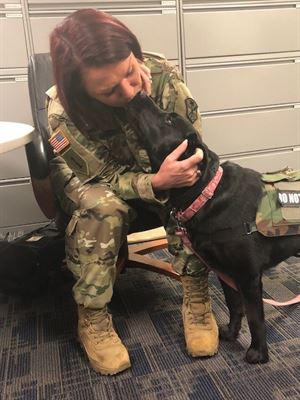 After 29 years in the army, Michel is recovering from injuries to her neck and back, as well as wounds left by her experiences in combat zones. And Lizzy, a 2-year-old black Labrador retriever, is all too eager to help her beloved handler with both mobility and PTSD-related issues.

“We do everything together, because she is with me 24/7,” Michel noted. “Anything I drop, she automatically picks it up and brings it to me. She even helps me with my clothes, because she goes in the dryer. She’s always just wanting to do something. Even if I’m not doing anything, she’ll just bring me a shoe to kinda tell me, ‘Hey, I want to do something for ya.’” 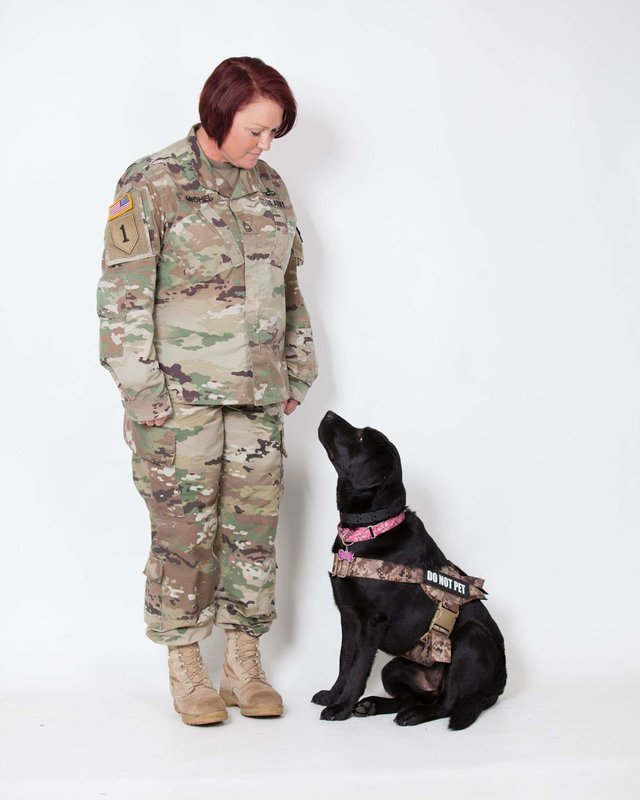 After 16 months of training, Lizzy has been a lifesaver for her handler. In September, Michel took a hard fall in the middle of the night, and found herself stranded on the floor when her body went into shock from the pain. Unable to move, Michel asked Lizzy to bring her the phone so she could call 911. 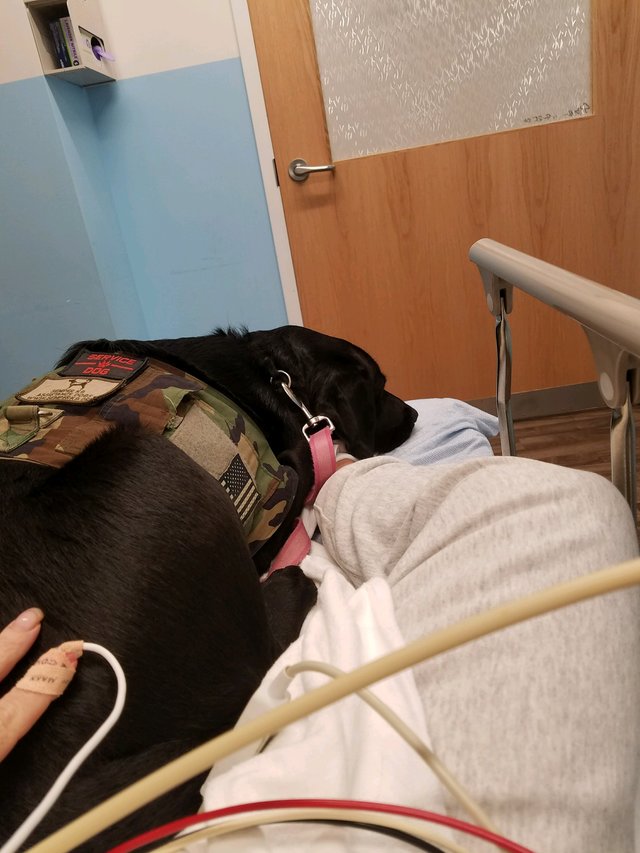 “Lizzy got my phone off the end table and brought it over to me,” Michel said. “She went to the hospital with me and stayed in the bed the whole time.” 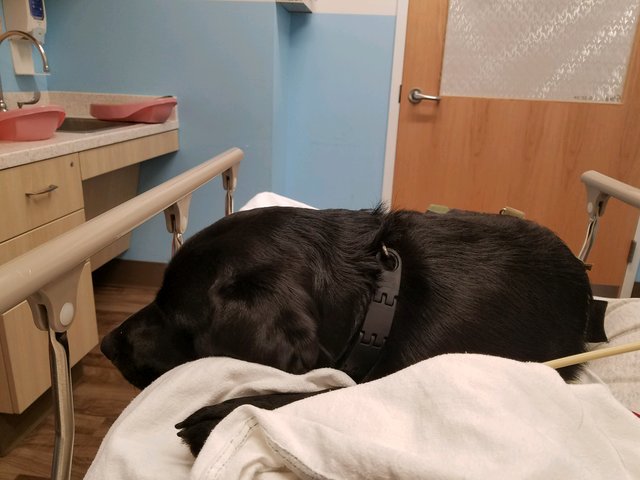 Since the accident, Lizzy’s faithful companionship has gently supported Michel and given her the strength to continue to challenge herself to be open to what life has to offer.

“She helps me just by making me feel more comfortable and safe going out, and doing things with people. So I’m gradually getting back out with a social life and with the public,” Michel explained. 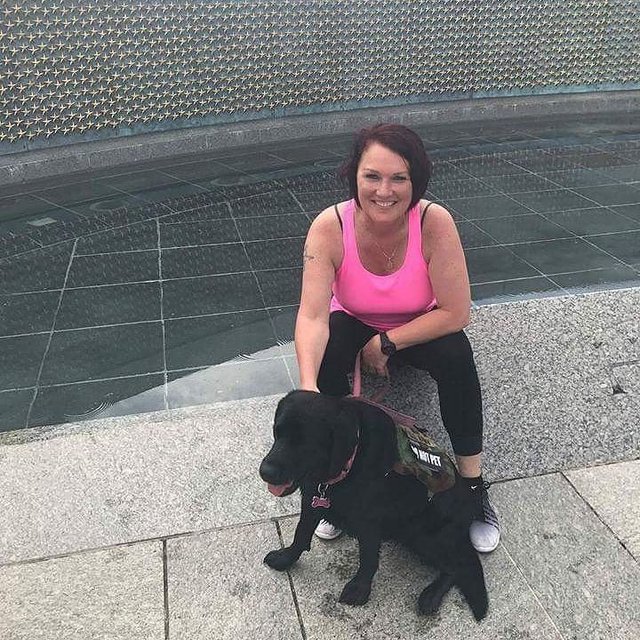 Michel believes veterans can benefit from a service dog — especially one from Semper K9.

“I don’t go out to restaurants, I don’t go to events or anything like that because of my PTSD, and she’s gotten me out there several times,” Michel added. “Everyone notices a big difference in me already — just in the few months that I’ve had her — so I know that there’re other service members out there, whether it’s mobility … or if it’s PTSD, the dogs really make a difference.” 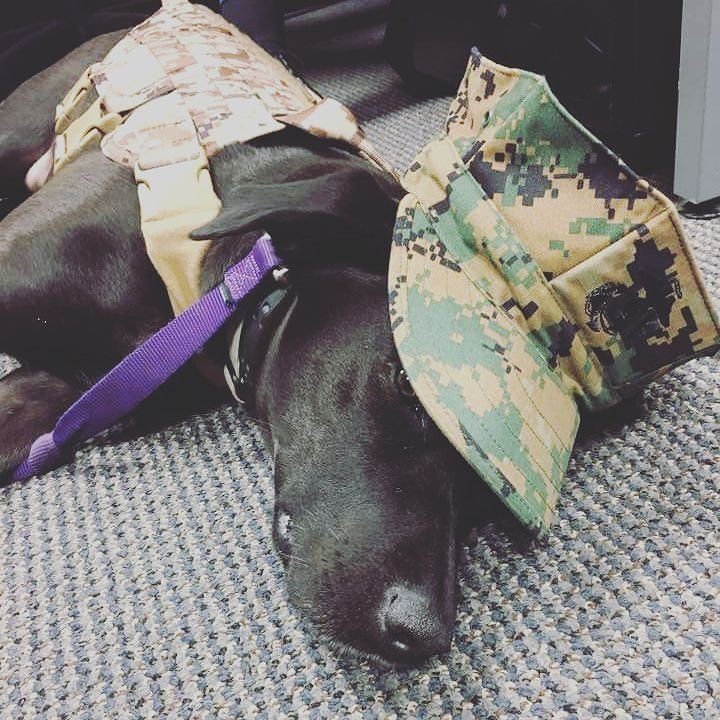