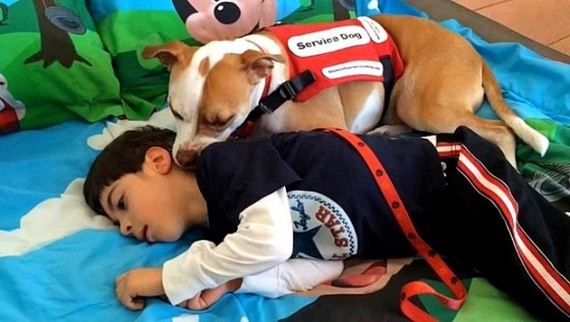 For the last two years, Monica Alboniga has been trying to convince the Broward County School Board to allow her seven-year-old son to have his service dog with him at school.  The boy has cerebral palsy, and very much relies on his dog, Stevie.  Last week a judge ruled that Stevie should be allowed to attend.

With as many worries about their children that parents already have, none should have to worry about the safety of their child while at school.  In addition to cerebral palsy, Anthony Merchante has spastic paralysis, a seizure disorder, and he is unable to speak.  He uses a wheelchair to get around, and Stevie is often tethered to it.

Monica says Stevie “has saved Anthony’s life. I feel completely safe every time he is with the dog, because I know the dog will look for help.”

Stevie alerts people when Anthony has trouble breathing or is about to have a seizure.  He can lay himself across Anthony’s lap to support his head so his airway isn’t restricted.

“Stevie lets me know when he has seizures or problems breathing. He pushes me toward Anthony. He barks,” Monica said. “When Anthony is having convulsions, he starts barking and goes looking for us. Then he goes back to Anthony and stays with him.” 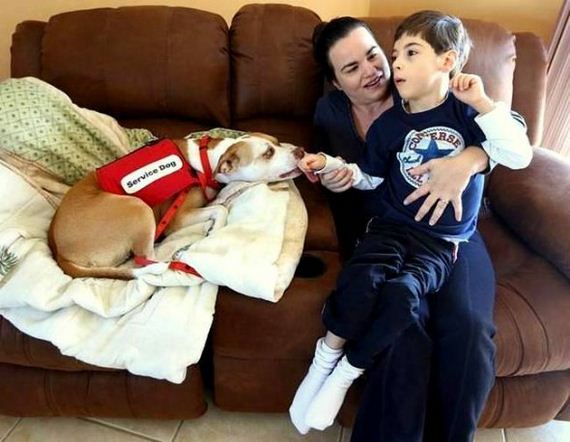 Despite this, school administrators continuously said the trained service dog did not belong in the school.  A lawsuit was filed, and fortunately, US District Judge Beth Bloom is of a different opinion that the school.  She ruled that Stevie should be allowed to attend Nob Hill Elementary with Anthony.

“The district has always permitted the service dog at the school,” said the district’s spokeswoman, Tracy Clark. Alboniga “pursued the lawsuit as the parties [the district and the plaintiff] differ somewhat in the interpretation of the federal regulations governing service animals. The district’s legal department is reviewing and analyzing the order.”

When Monica submitted a formal request for Stevie to accompany Anthony in July of 2013, the school board demanded that Stevie must have a number of vaccinations that dogs are rarely given, and that Monica pay for Stevie to have a handler.

“The fact that the judge said the school board’s rules made no sense vindicates this woman’s belief that what she was doing for her son was the right thing,” he said. 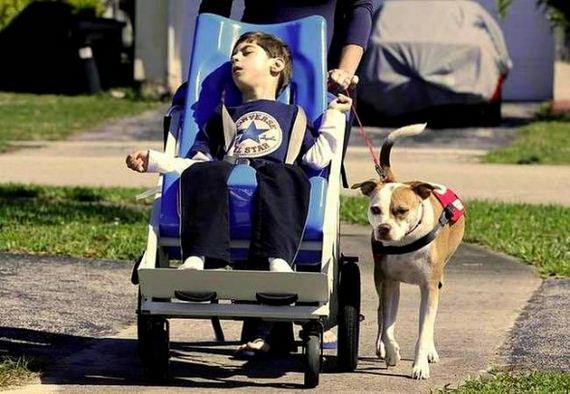 For the first four months that Anthony attended kindergarten, his mother worked as Stevie’s handler.  Later, a custodian was appointed the task of walking Stevie outside and making sure other children didn’t interfere with his responsibilities.

“While at school,” Judge Bloom wrote, “Stevie does not eat or drink. Nor does Stevie defecate or make stains, or require cleaning or exercise.”

But administrators repeatedly claimed that it was not the district’s job to help Anthony keep Stevie at school.  However, someone at the US Justice Department said the board “fundamentally misunderstands” ADA regulations, which state that “public entities generally must permit individuals with disabilities to be accompanied by their service animals.”

The board argued that Stevie’s presence wasn’t necessary, as there were staff trained to perform the same tasks, and that the district shouldn’t have to pay for a dog handler.

“Congress specifically intended that individuals with disabilities not be separated from their service animals, even in schools,” the DOJ wrote.

Judge Bloom ruled that it was reasonable to expect the district to allow Stevie on campus “in the same way a school would assist a non-disabled child to use the restroom, or assist a diabetic child with her insulin pump, or assist a physically disabled child employ her motorized wheelchair.” 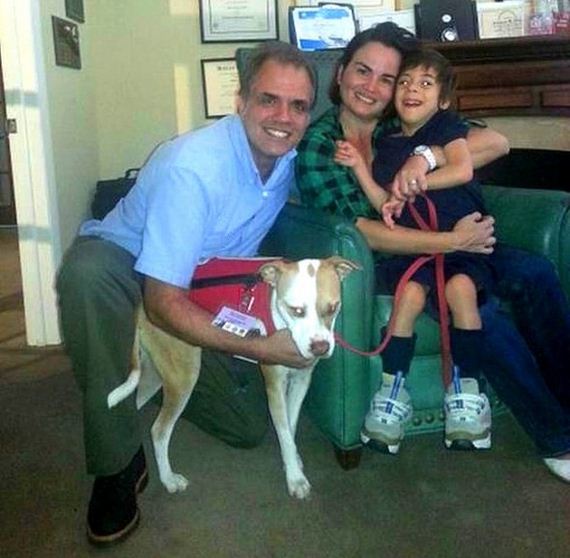