Kelli Rice and her daughter Addyson adopted sweet survivor Penelope on New Year’s Day after losing their dog of 16 years just before Christmas. 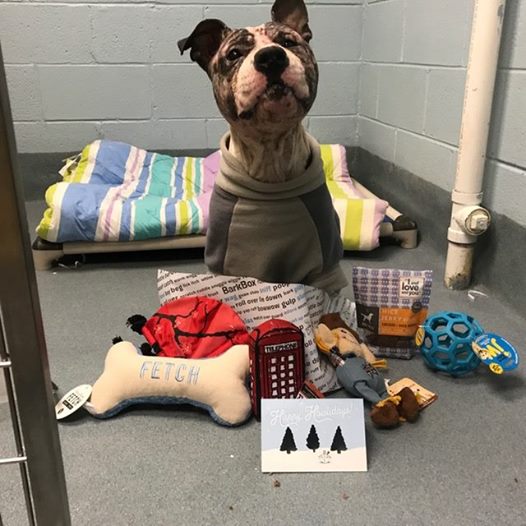 Penelope’s story begins December 12 on the frozen streets of Richmond when RACC officers responded to a call from a concerned citizen. What they witnessed when they first met Penelope was enough to bring tears to the eyes of even the most experienced rescue worker. 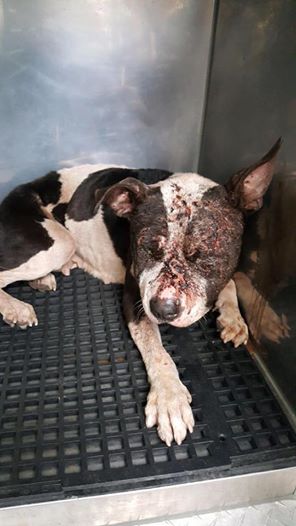 The 3 – 4-year-old Pit Bull mix was thin, near-death from hypothermia, and covered in scars and fresh wounds. Her eyes were swollen shut due to facial injuries she most likely endured while being used as a bait dog. 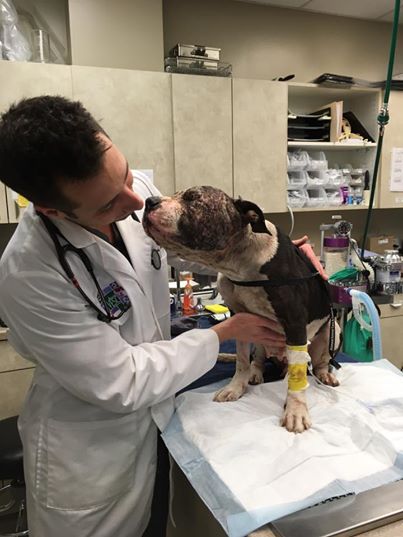 Thanks to the shelter’s generous supporters, Penelope was able to receive that critical care – and so much more. Veterinarians at first feared she may lose her eyes, but a surgical procedure revealed that much of the swelling was due to facial fractures and a punctured sinus.

She endured several intensive procedures as well as powerful medication and wound care before she was ready for adoption. 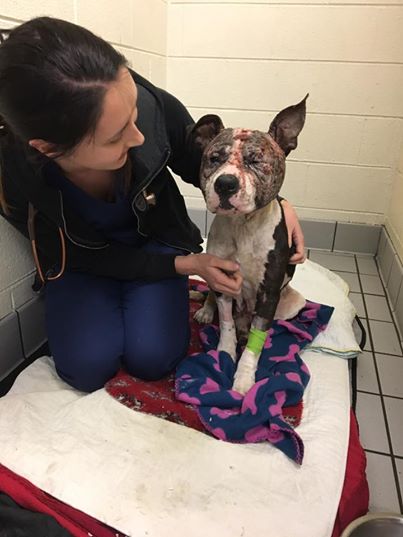 That’s where the Rice family comes in. Kelli and Addyson had followed Penelope’s story via the RACC Facebook page for weeks as they mourned the loss of their own pooch.

They were searching for a friend to share their love with and Penelope was searching for a home where she could soak up all the attention as the only pet. It was a perfect match! 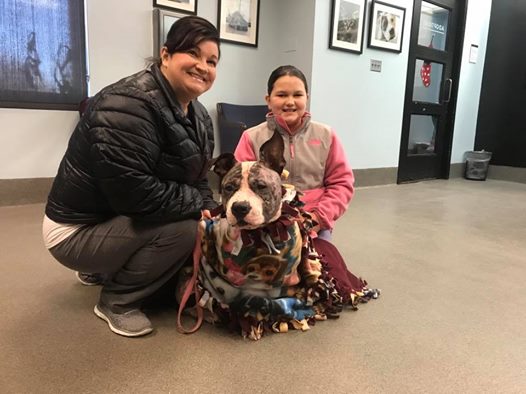 “Thank you to everyone for loving her along the way,” Richmond Animal Care and Control posted to Facebook on the day of her adoption. “If this wasn’t awesome enough, the family that was our last adoption of 2017 sponsored the first adoption of 2018 which turned out to be Penelope!”

You can see the joy in Penelope’s eyes as she embarks on her life as part of the new-and-improved Rice family!

For the first time in its history, RACC received enough annual funding for every life-saving surgery needed by the animals in their care during 2017.

The organization announced that donations from their supporters provided  “71 medical repair surgeries, 7 trips to the neurologist, 11 surgeries/treatments at the animal eye center, 32 heartworm treatments, 2 trips to the cardiologist and one to a dermatologist,” adding up to more than $115,000 in veterinary costs.