This story was originally shared in the Clear the Shelters Adoption Story Challenge on ShelterChallenge.com. Create your own free Shelter Challenge account and vote for your favorite shelter or rescue group to win cash and prizes. Every time you vote we’ll give an extra donation to shelters!

Dakota was the least-adoptable puppy I have ever met. When I traveled to a nearby big city shelter to transfer some dogs into the rescue I work for – PAWS Shelter of Central Texas – I never imagined that I would leave with one of the most challenging cases I’ve dealt with in my 10 years of animal shelter work. Not challenging in the way the average person might envision a “challenging” shelter dog; I wasn’t dealing with a snarling, snapping, scary-kind-of-challenging dog. This time, anyway. I was dealing with a completely terrified, shut-down, undersocialized, gorgeous yellow lab puppy.

Dakota was only about 7-months-old when I first met him, shaking in the corner of that municipal shelter’s kennel. From the moment I saw him, I knew I needed to help him. We’ve seen amazing things happen with shy dogs in a relatively short time at PAWS, and our dog-dog play groups have a lot to do with that. But Dakota was something else.

Any time PAWS staff or volunteers would approach him, he would shake and urinate on himself. He had no idea what a leash or collar were and would “pancake” in place and refuse to move any time they were on him. An animal’s psychological reaction to a perceived threat is to either fight, flight or freeze, and, let me tell you, this guy was frozen solid; he was petrified of everything. 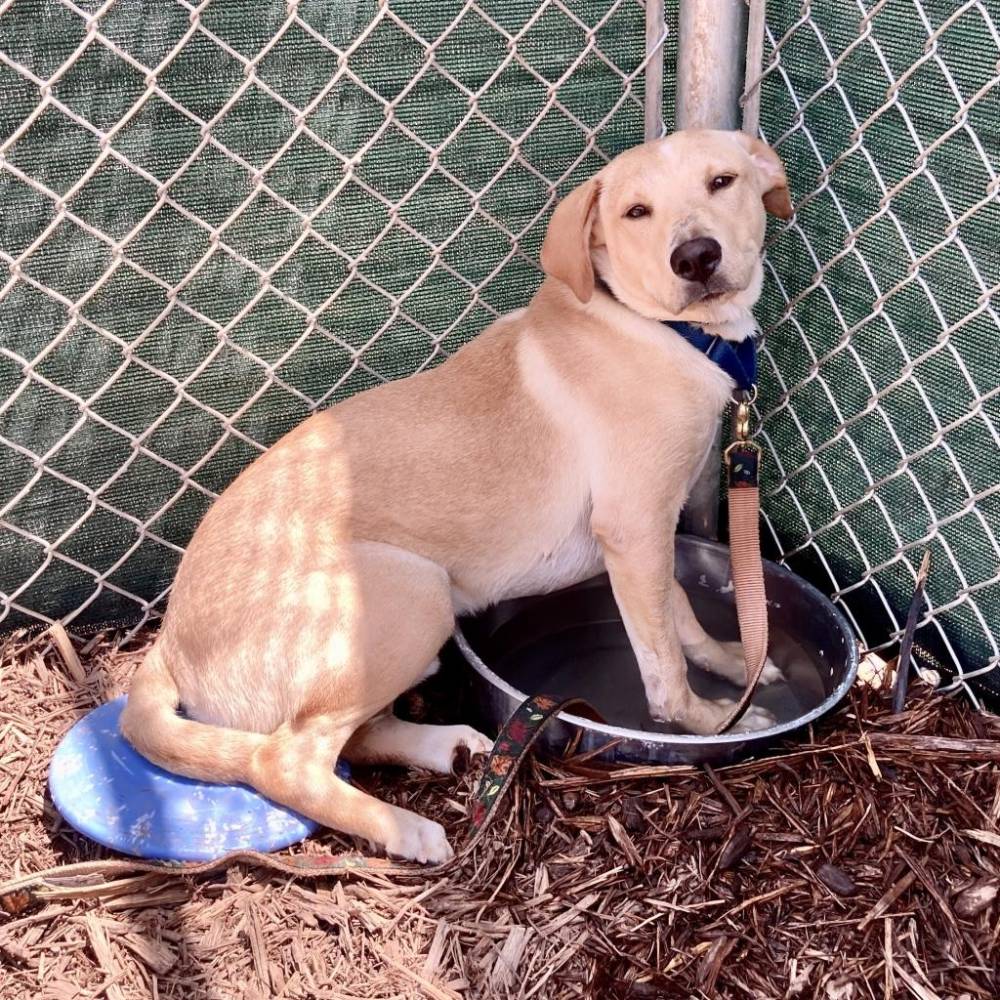 We immediately got him out into our play yards with other dog-social dogs. For the first two weeks, he would have to be carried because he was too fearful to walk on-leash and, once out there, would spend all his time sitting in a large water bowl watching the other dogs zoom around having fun. His body language said he didn’t want to play but his eyes told a different story, so we kept carrying him out to the yards, day after day, waiting for him to finally make a move. And eventually he did.