When people don’t do the proper research before adopting a pup (or buying from a breeder), it’s more likely that they’ll run in to issues. With the case of Echo, the trouble started when the breeder carelessly paired two dogs that were likely to have disabled pups due to their genetic traits. The merle gene, which causes dogs to have blue eyes, is more likely to cause deafness, blindness, or both, when two dogs with the gene are bred together. This breeder payed no attention to that scientific fact.

Echo was born deaf. When the breeder realized this, they gave her away to a family that was unaware of her disability. This first owner, who first threatened to put the pup down, abandoned her at a shelter. She was all skin and bones, but she still had a light in her.
Marion Dwyer first saw the pup in a group chat. 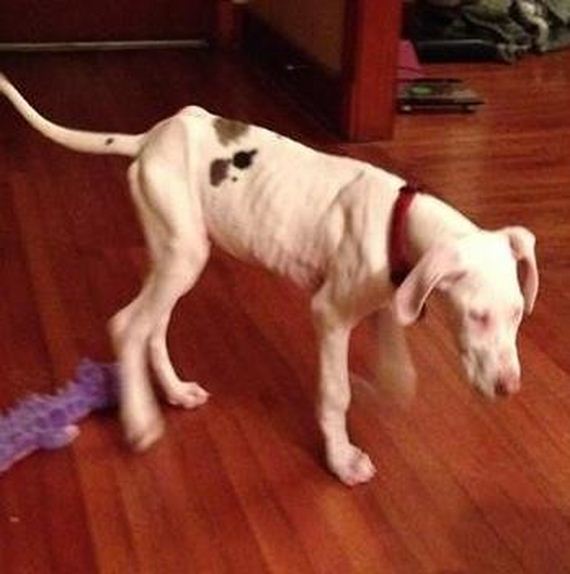 She was weak and far too skinny. Dwyer knew she had to take her in.
In her last “home,” Echo had resorted to eating rocks. 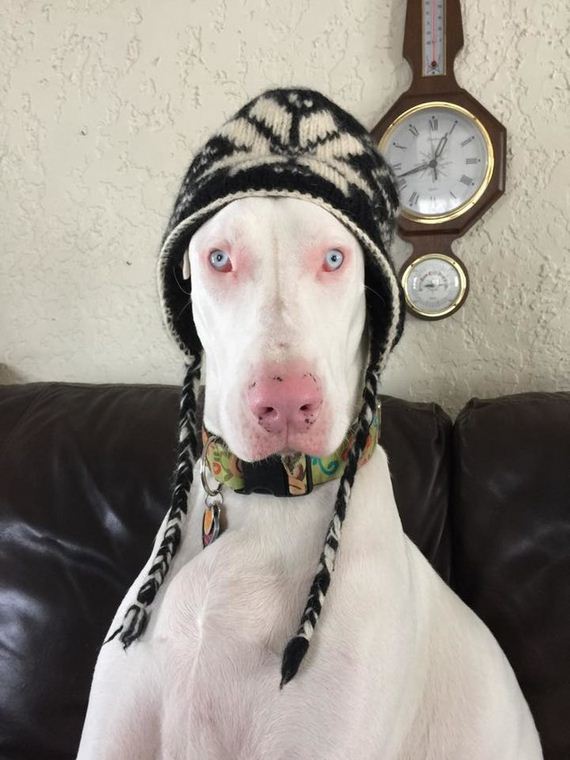 Now, Echo is the sweetest, happiest pup with so much love to give… 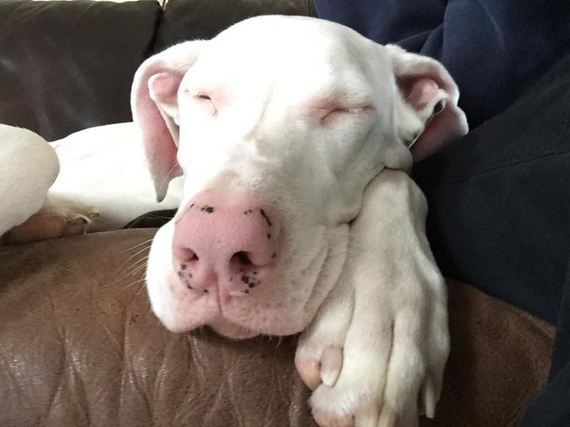 Which makes you wonder how her original owner could have possibly deemed the pup “useless.” 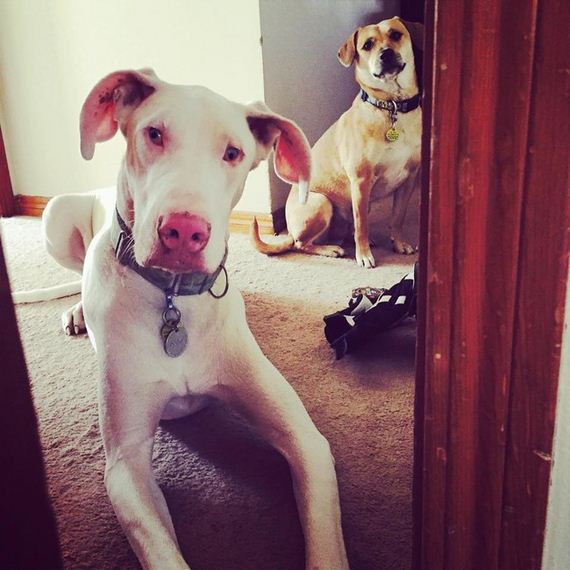 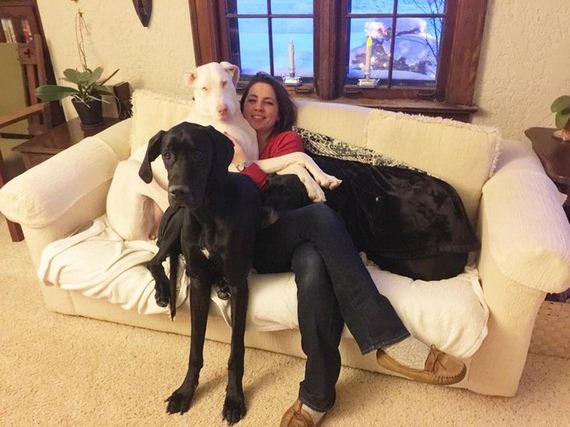 But she caught on, like the smart pup she is, and is very well behaved. 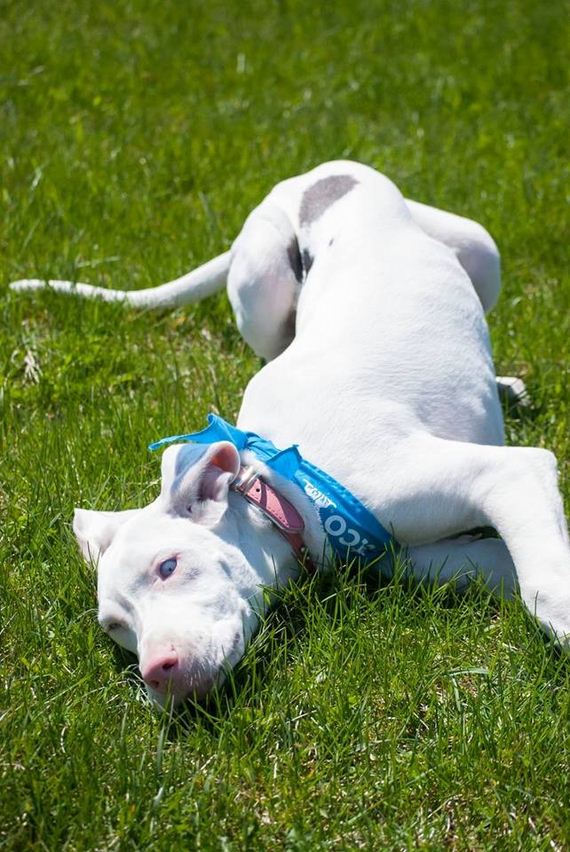 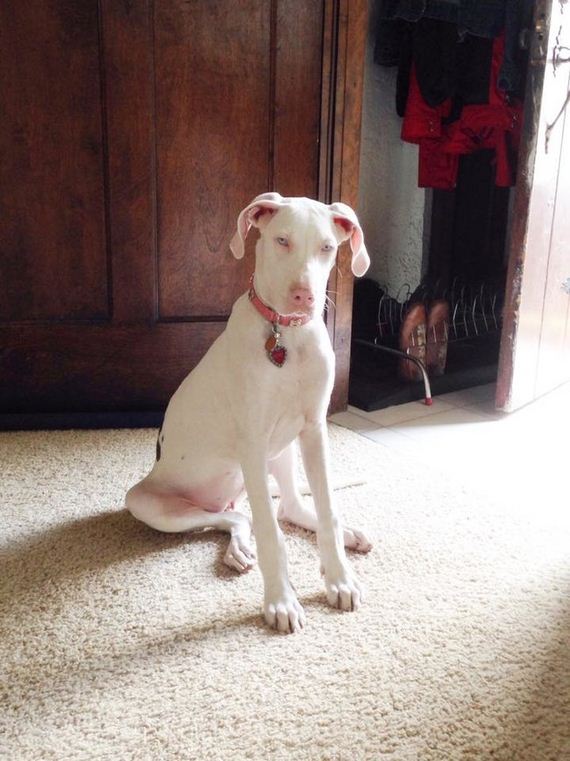 In an open letter to the woman who didn’t see Echo as a complete pup, Dwyer writes: 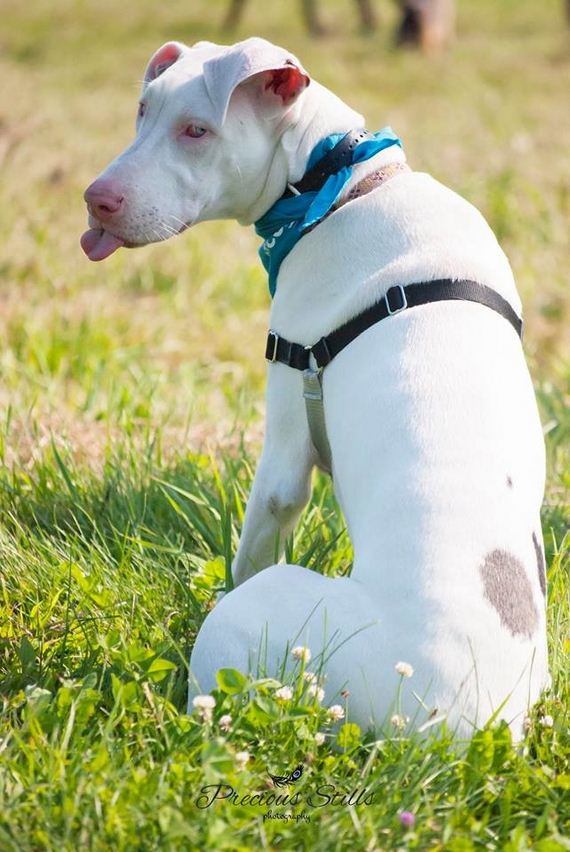 “She is only alive because of the Louisiana Great Dane Rescue that always keeps an eye out for dogs that are discarded like her. And we are happy that they chose us to adopt Echo.”
“We figured even though she is deaf she deserves a name, just like any other pet or person… “ 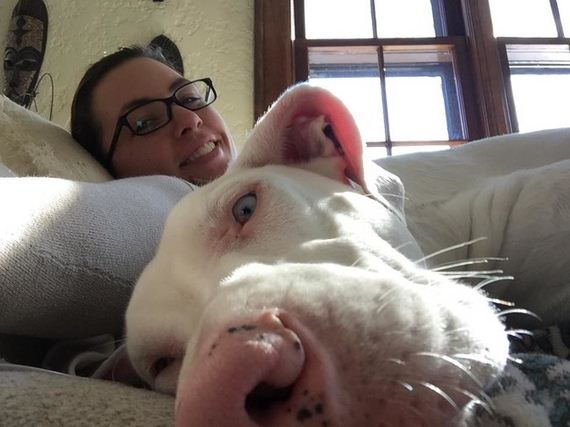 She goes on: “[It took a while to get her to trust] that there will ALWAYS be another meal and that she doesn’t have to eat rocks and other things she found outside…” 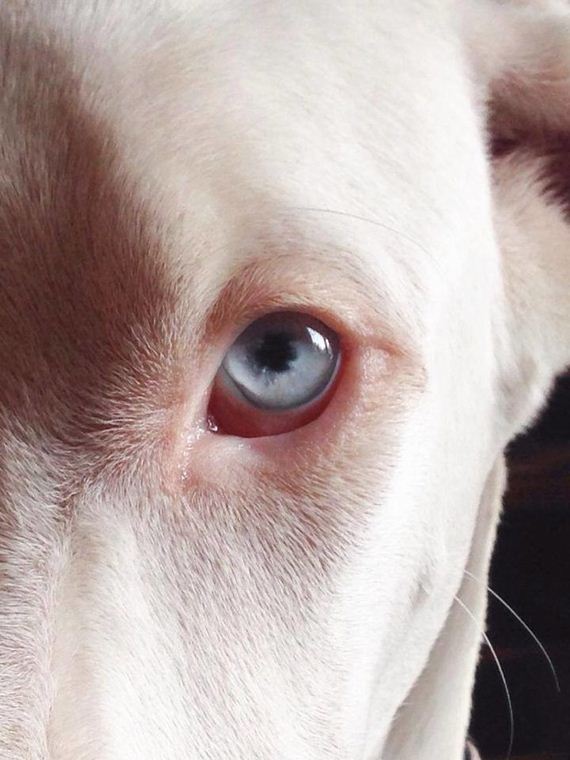 “And that she doesn’t have to try and drink as much water until she got sick, because there would always be more water later.” 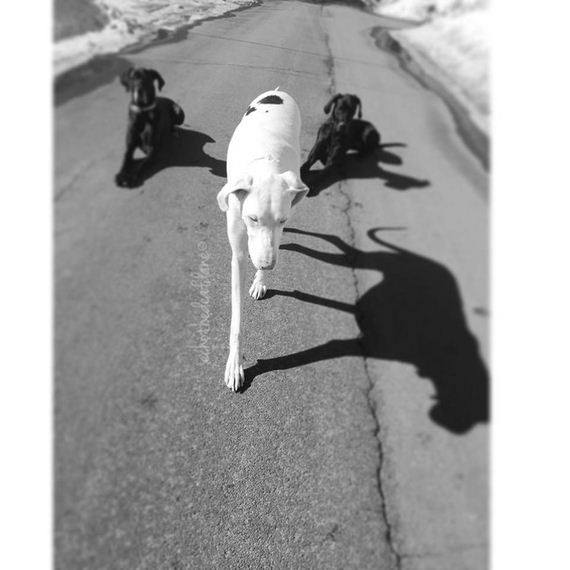 After living with her loving family, Echo has so much cheer to bring… 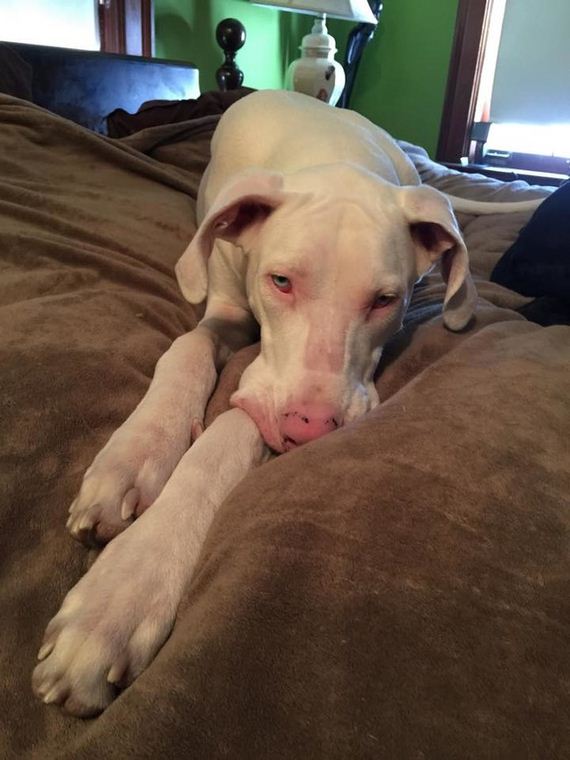 She’s training to be a therapy dog, so that she can bring joy to those who need it most. 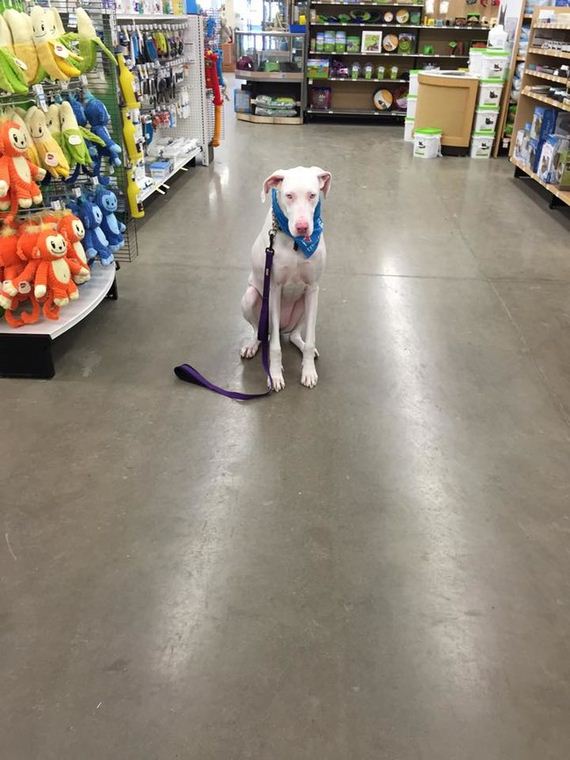 If this isn’t enough to convince someone to give a disabled dog a second chance, they don’t deserve to have the joy that animal would bring to their lives anyway. Hopefully, stories like Echo’s will bring light to terrible breeding practices, as well as the importance of really knowing what you’re signing on for when you bring a puppy home. Every animal deserves a loving home the first time around, and shouldn’t have to suffer through such ignorance.