It’s happened before — an animal being buried alive…but how often do you see one that comes out with her tail wagging?
Theia, a Pit Bull mix, has gone through a lot in her one year of life, but that doesn’t stop her from looking on the bright side of things. She used to wander around the Moses Lake area of Washington, sustained by scraps from strangers. Then one day she was found covered in dirt, with her head smashed in by a hammer. But you know what? Her tail was still wagging.
Here’s the happy girl, safe and sound at her current foster home. 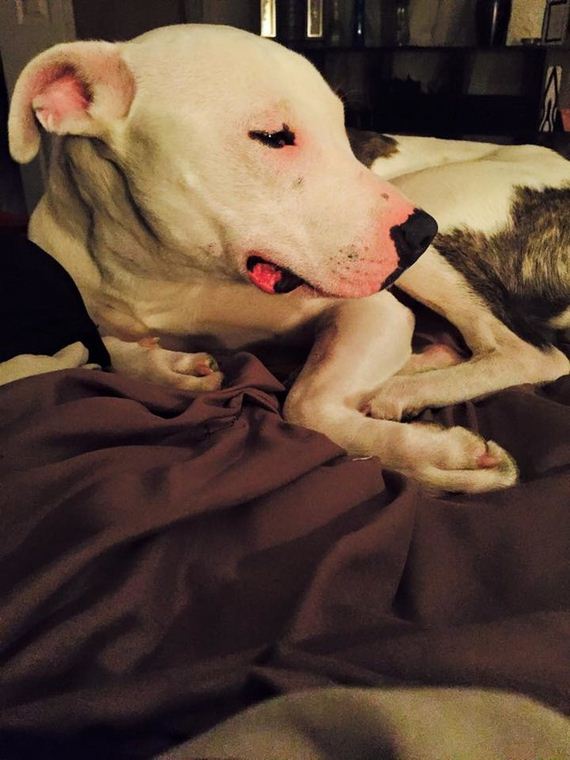 After Theia was hit by a car, doctors assume that the driver tried to conduct a make-shift mercy-killing by hitting her in the head with a hammer, and proceeded to bury the dog in a nearby field.
The pup, still very much alive, then found it in herself to dig her way out of her early grave. 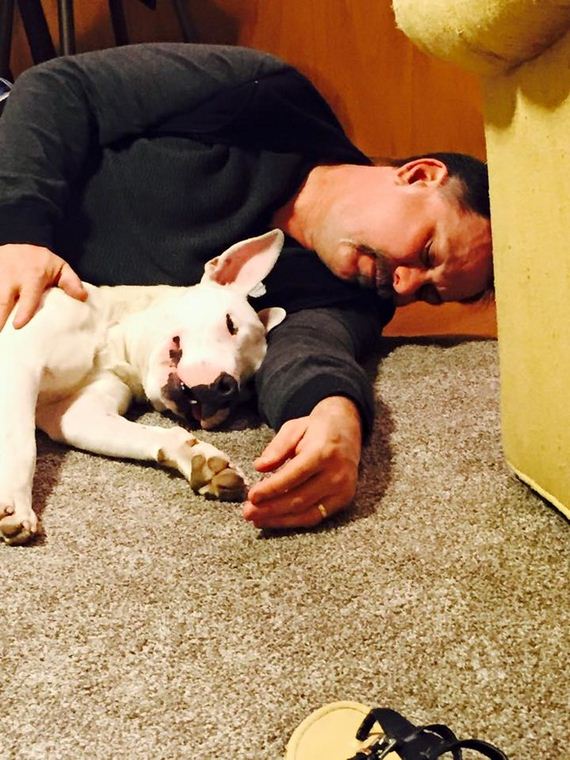 Sara Mellado heard about the pup through Facebook, and immediately decided to foster her. She brought Theia into her home and got her the medical attention she needed.
But while her spirits are high and she showers all the doctors and her foster family with kisses, she still needs to have surgery. 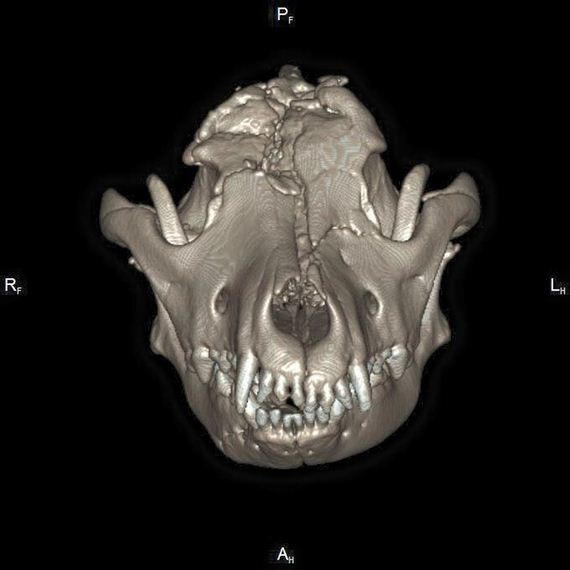 Due to sinus complications leftover from the hammer hit, as well as a dislocated jaw from the car accident, she has a hard time breathing.
Mellado created a GoFundMe page to help raise money for Theia’s extensive surgeries. 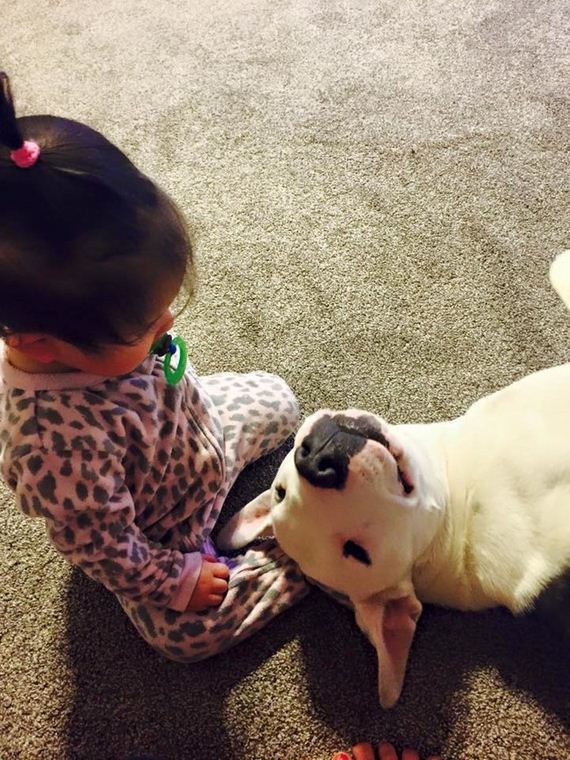 She needs to raise $10,000 to make the life-changing surgeries possible.
Without the procedures, Theia will continue to lose sleep, as she’s constantly woken up by her inability to breathe regularly. 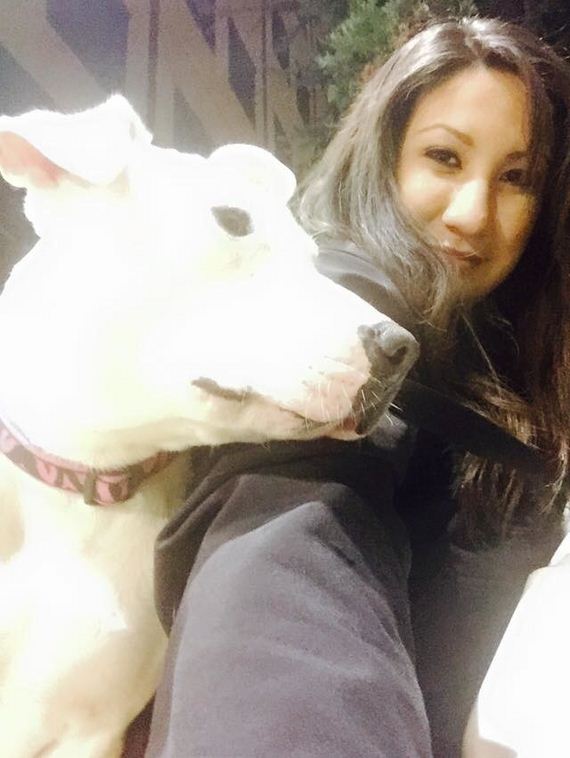 Mellado says, “She’s a true miracle dog and…deserves a good life.”
And who could possibly disagree with her? 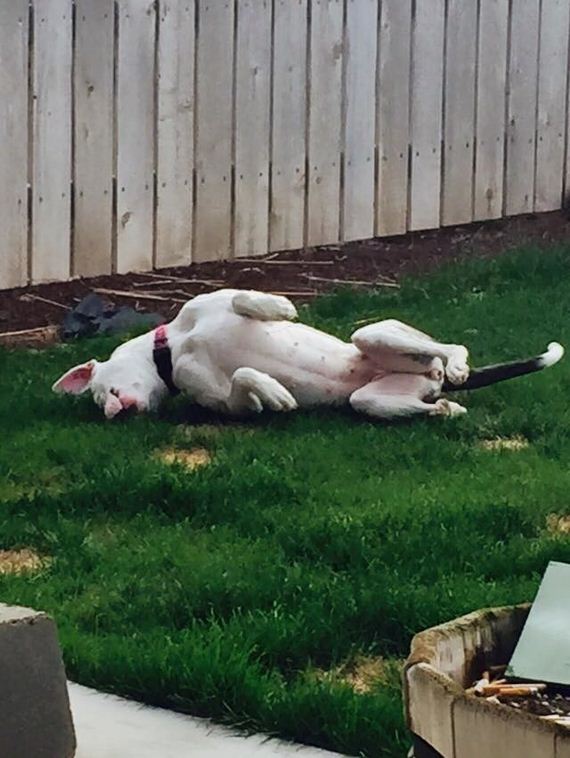 Would you be able to find this much joy in life after experiencing something so unmentionably terrible? 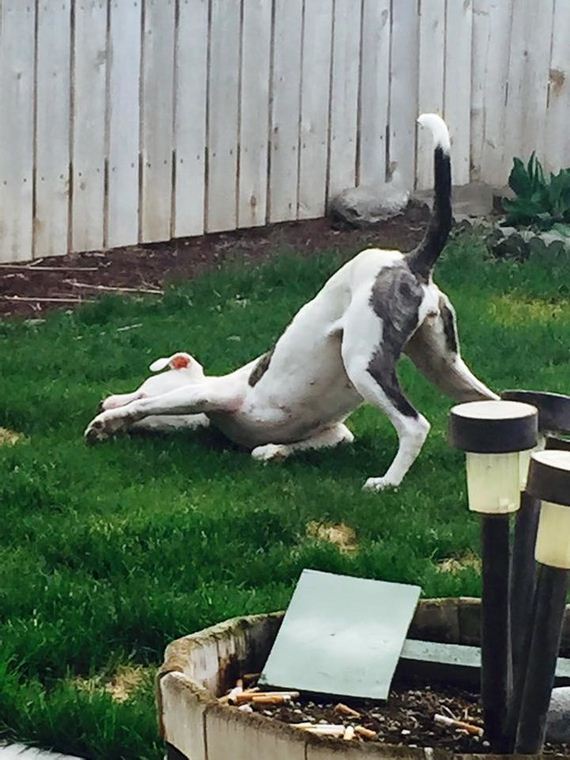 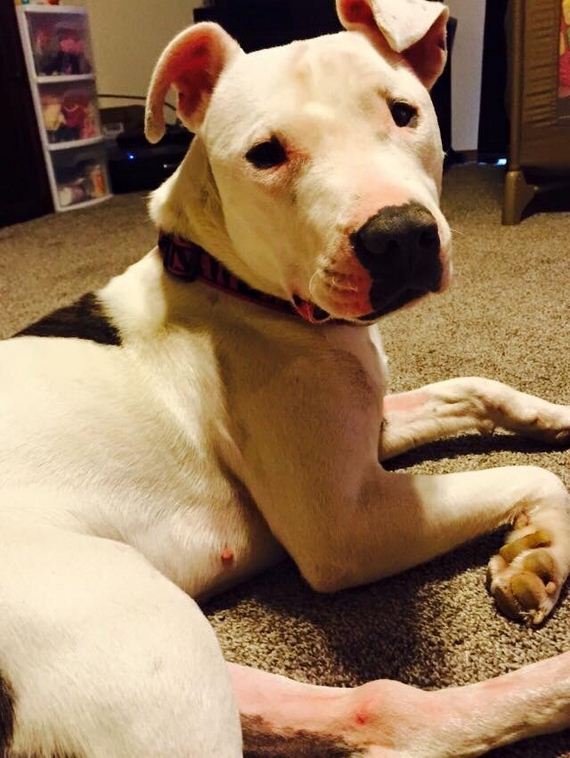