A shelter dog named JJ was desperate for attention just like any other shelter dog. But JJ found a way to try to be noticed by reaching out his paw as people walked by his kennel in a small rural shelter outside of Dallas, Texas.

Only nine-months-old, the pit bull had recently been picked up at a dog dumping ground in Dallas. There’s a lot of traffic on this road, and many of the dumped dogs end up getting hit by cars. But JJ survived. 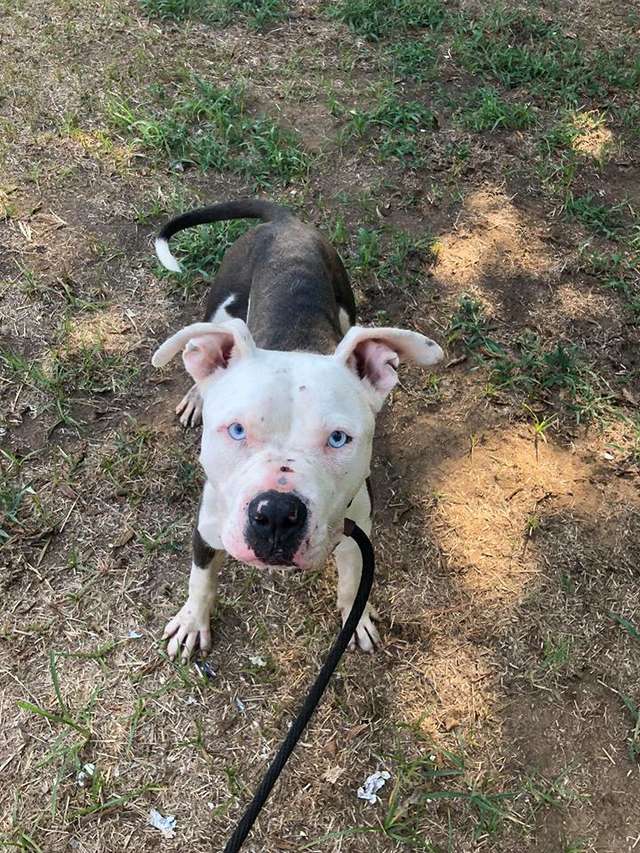 It was good that JJ was taken off of the streets, but this shelter environment was also no life for a dog. And the tiny shelter with only six kennels is often overlooked, and it was feared no one would adopt him.

After two weeks, the shelter needed to free up space. So JJ was put on the euthanasia list. But thankfully, the pit pup caught the eye of Marina Tarashevska who regularly visits the shelter to help network the dogs.

The animal control officer told her that JJ was not eating, and that he was blind and deaf. When pulled out of the kennel, the dog looked lost and ran around their feet low to the ground as if he expected to be hit. 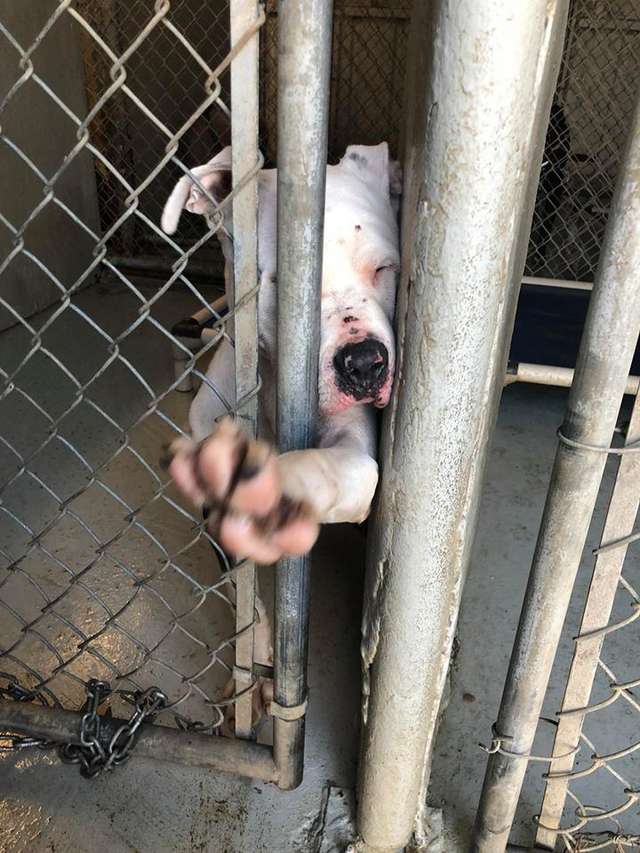 But when JJ was placed back in his kennel, he reached out toward Marina as she was preparing to leave.

“He was putting his paw out, and begging to be saved,” she told The Dodo. “It was so sad because it’s so scary at that shelter … and he was so lost in there. It’s the most heartbreaking thing to leave a dog who’s begging you like that.” 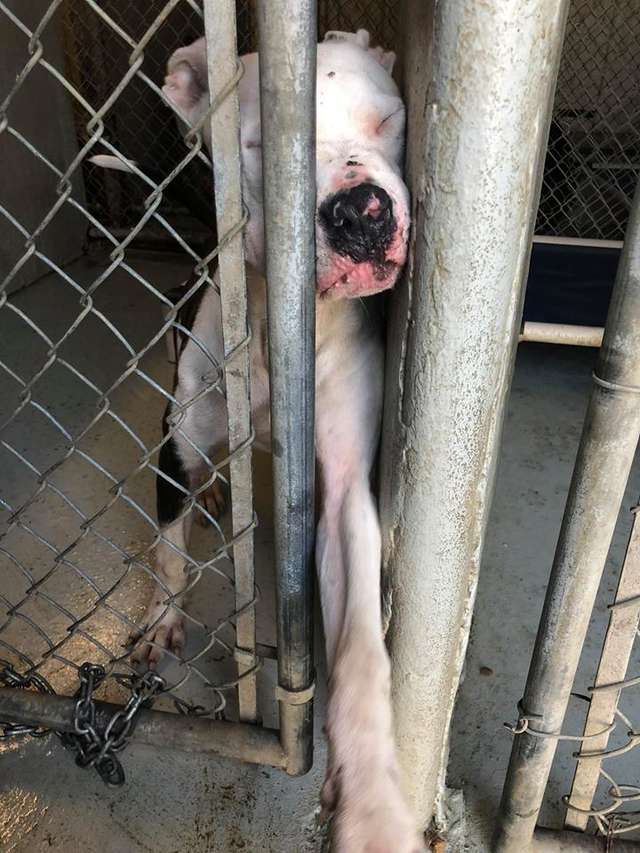 Marina then asked if Dallas DogRRR could pull him out knowing he didn’t have much time left. They agreed, and JJ was taken to a vet and then placed in a foster home. 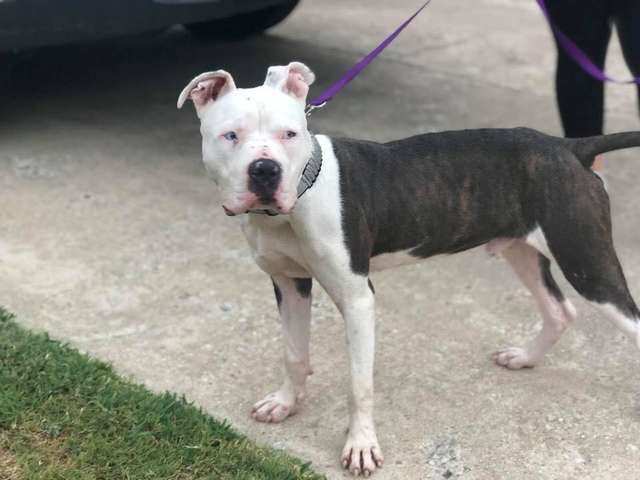 JJ is still very skittish leading them to believe he had suffered something traumatizing in his past. He’s very sweet and loving, but if approached too fast, he gets scared and jumps back a bit. 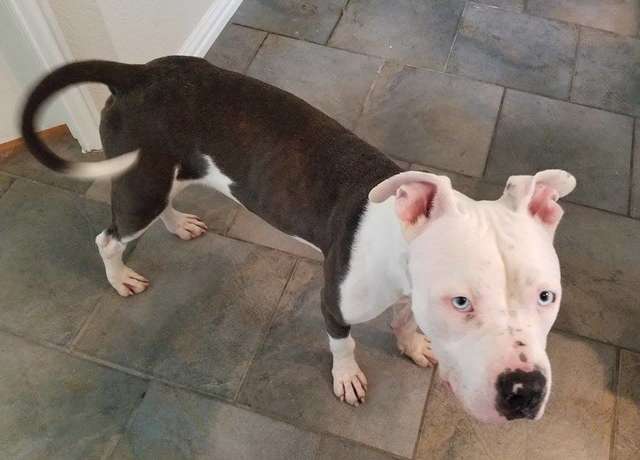 He’s improving every day at his foster home, running around the backyard and going on long walks. He loves snacks and chewing on his toys. 🙂 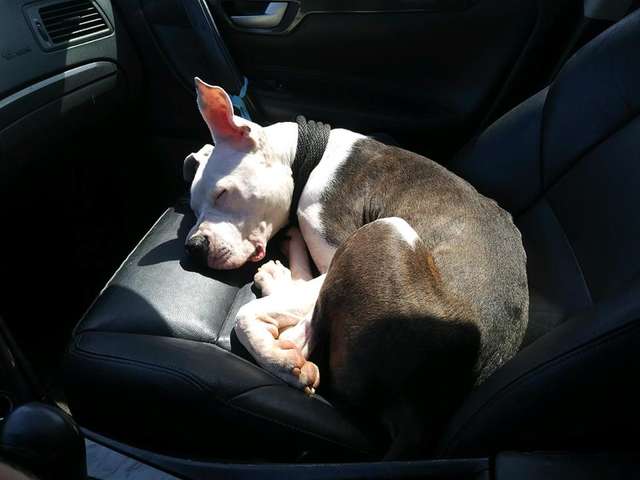 Above all else, JJ loves affection. He just wants to be cuddled and loved!

The sweet boy will stay in foster care for a while longer, and Dallas DogRRR plans on having him evaluated by an animal behaviorist. He’ll also have his vision and hearing checked before eventually being put up for adoption. They want to find him the perfect family! 🙂