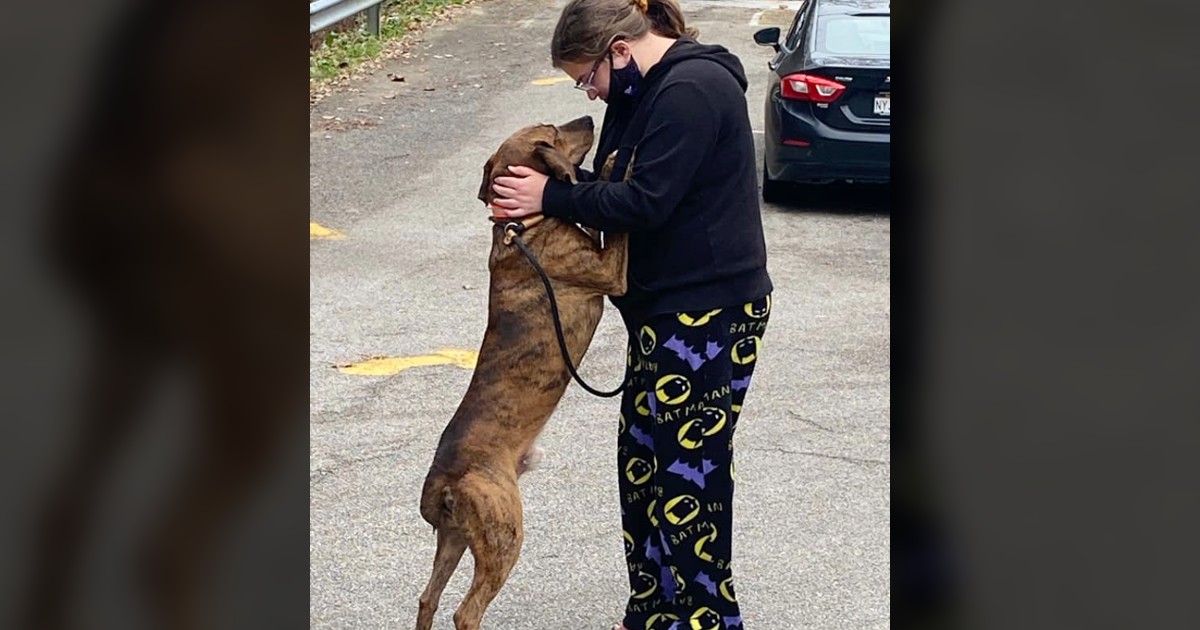 Melissa wasn’t sure if her daughter was ready for a dog, but that moment was a God-wink nudging her to adopt the dog that saved her daughter’s life.

They say we don’t choose our pets; our pets choose us.

This is true for many people, especially those looking for a pet to adopt. We go to shelters and look at different animals up for adoption. With so many choices, how could it be that we choose that one exact pet that we need in our lives? The story of how Picaso found his forever home is a classic example of a dog choosing their owner. People might think it was by chance or accident, but one family believes it was an answered prayer for the teenage girl he found on the curb.

He picked him up and took him to Kanawha-Charleston Humane Association. Picaso had no collar or microchip, so they took him in, hoping he would get adopted one day. 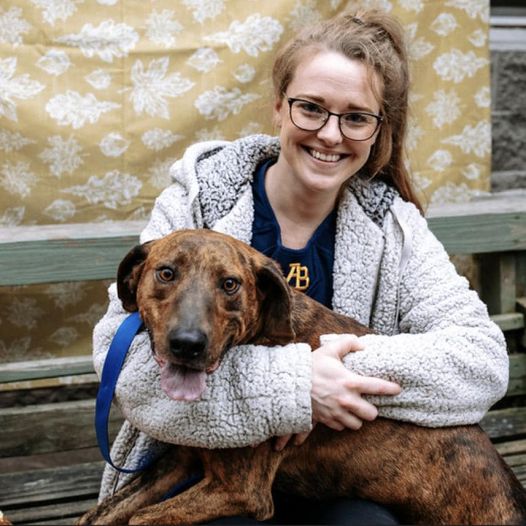 Overall, he was a good boy. He was well-behaved and well-mannered, and they knew it wouldn’t be that difficult to find him a home. That qualified him to join the other dogs during a local holiday parade.

The shelter does this in the hopes that there will be people who would take notice and express their interest in adopting these dogs. However, for Picaso, it was the other way around. He was the one who found the hooman meant for him. 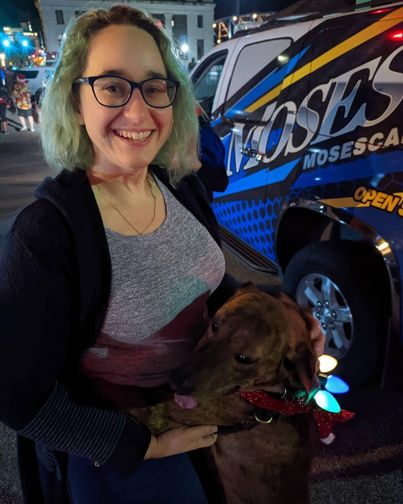 He found a girl sitting at the curb of the street. According to Kim, she looked like she was upset. Picaso dragged Kim by the leash and went near this girl; what he did was nothing short of a miracle.

Abby Ellis was having an anxiety attack at that very moment.

She remembered how Picaso touched his nose to her head and placed his head against her. Then, she started to pet him, and she recalled how she felt safe at that very moment. In a short span, she felt better. Her mother, Melissa Smoot, saw what happened. She knew that if it hadn’t been for Picaso, her daughter would have fallen face flat on the ground. She asked for the dog’s name, and they immediately left the parade and went home.

But their first meeting was not enough, and Abby kept asking about the dog.

Melissa admitted that her daughter had been asking for a dog for a year and prayed that God would give her a sign that her daughter was ready to have a dog. She thought it was her sign; that moment was a “God-wink” at her. 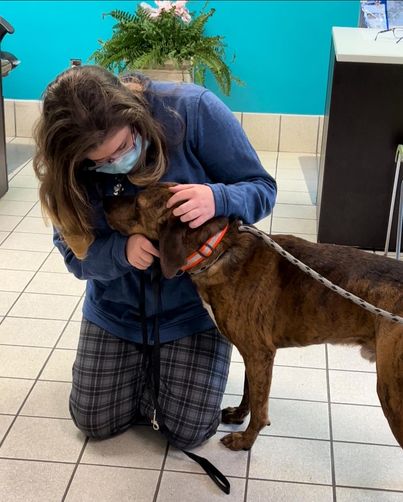 They went to the shelter to look for a dog named Picaso, hoping he was still there. The shelter staff brought Picaso out, and he recognized Abby instantly. He went near her and excitedly hugged her.

Melissa believed that Picaso and Abby were meant to meet at that very moment.

The coincidence was like heaven-sent – an answered prayer. The unlikeliness of the circumstance brought the two together. 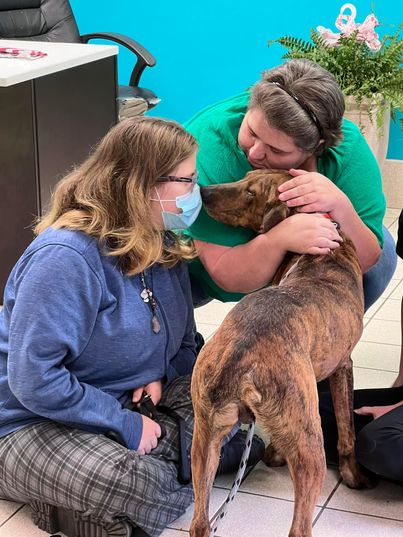 Abby never liked crowds, so that parade was something she would never have wanted to go to, but her mother said she willingly went there that year. On the other hand, that was Picaso’s first experience having that walk. But there they were, at the right place and the perfect time.

Check out a video of Picaso and Abby at the shelter below!