Jasper, a Chihuahua mix, arrived at Front Street Animal Shelter in Sacramento, California, in August with an unknown condition that caused him to have a permanent smile.

He would also tilt and shake his head. The shelter asked for donations to help diagnose and treat Jasper. Thanks to generous supporters, they were able to have him seen by veterinarians at UC Davis who discovered he had a middle ear infection and other medical issues. 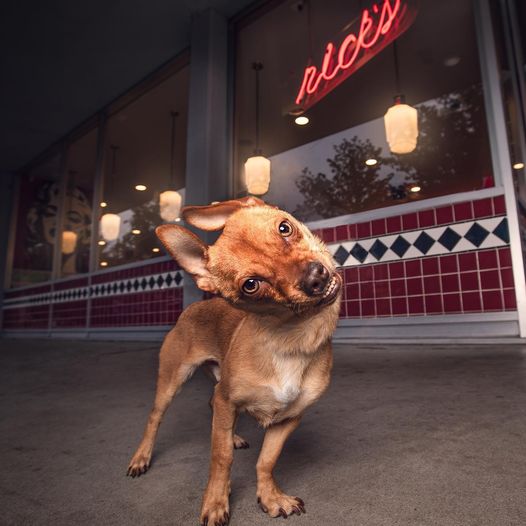 “Since starting treatment for this we have seen a huge improvement! We also found that he was born with multiple abnormalities that likely caused his kidney and nerve issues. He now receives daily medication and a special diet to help prolong his kidney function. The best part is we were able to determine that he is not in any pain,” wrote the shelter.

He will always appear to be smiling due to a neurological condition that comprised nerves in his face.

Jasper’s adorable grin captured the heart of the shelter’s Public Information Coordinator, Haley Waugh. She fostered the sweet boy and then a few months later decided to adopt him. 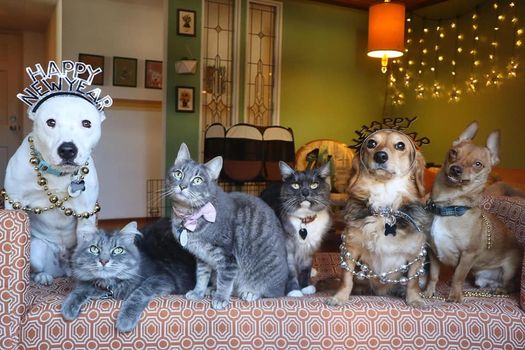 He rang in the new year alongside his feline and canine siblings. The good news was shared on Facebook and fans were thrilled to hear the little fella finally found his forever home. 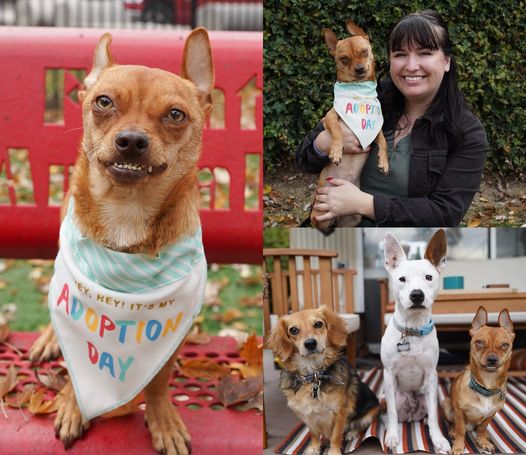 The shelter posted, “The dog that can’t stop smiling now has a reason to look so happy – he’s starting the new year in his furever home!”

The friendly and cheerful dog brings a smile to the face of everyone he meets. His family is so in love with him and will make sure he receives all the care he needs. 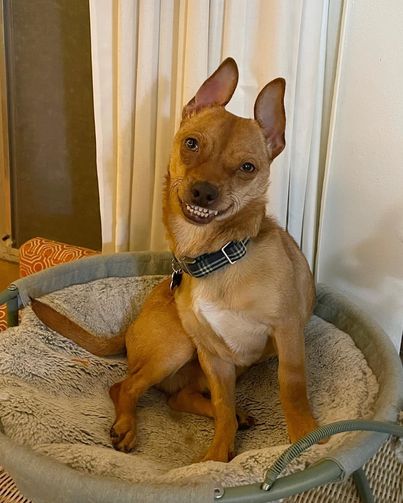 She can’t resist helping an animal in need and has fostered almost 100 animals in 2021. She takes in the special needs animals, big and small, and helps them recover. She’s my hero!