Hank and Gigi, formerly known as Hansel and Gretel, came into the shelter together, so they were kenneled together. They refused to sleep on their own beds, preferring to snuggle. They’ve since been adopted, and now they’ll never have to worry about being separated again. 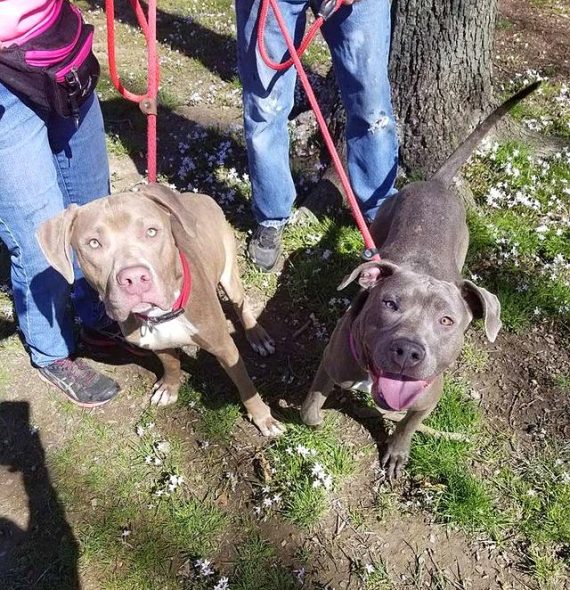 Rick Tunison, the kennel manager for Mahoning County Dog Warden in Youngstown, Ohio caught the Weimaraner-pit bull mixes in March.  These two, who are likely siblings, were difficult to catch and had been on the streets for a very long time.  Tunison was finally able to lure (tan) Hansel into his van with canned food.  Though Gretel couldn’t be so easily tempted, she refused to let Hansel be taken alone.

“She jumped in the van and lay right next to him,” Tunison told The Dodo.

When they were first admitted to the shelter, the dogs were separated for their own safety.  (Shelters are scary and even very sweet dogs can behave in unpredictable ways, such as attacking other dogs.)

“They kept busting through doors.  They wanted to be together.” 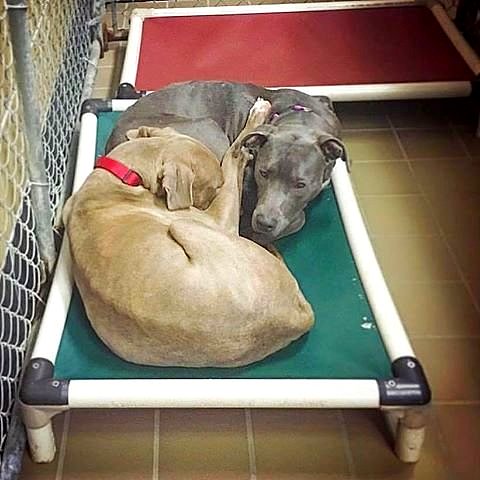 So staff decided to let them share a kennel, and walked them outside together.  Even though they had their own beds, they shared one.  It might have been because they were scared and cuddling reassured them, or because they were just used to it from having spent months out in the cold, and huddling up kept them alive.  It was decided that they wouldn’t be adopted any way but together.

Devon Carr, one of the shelter workers, took a photo of the cuties canoodling and posted it on Facebook.  It caught the attention of just the right person.

Rachel Harris had recently moved from Chicago to Dallas, and though she needed some time to settle in, she was contemplating getting a couple of dogs.  But she saw that photo and melted.

“I had to have them,” she told The Dodo.

So even though it’s over a thousand miles away, she called the shelter to ask about the dogs.  She was told that another family was lined up to adopt them, but luckily for Harris, that didn’t end up happening.  However, she still had to convince the shelter that she was the best match for them.

Harris had animal rescuer friends, so she had them contact the shelter to put in a good word.  They also dealt with having them transferred all the way to Texas 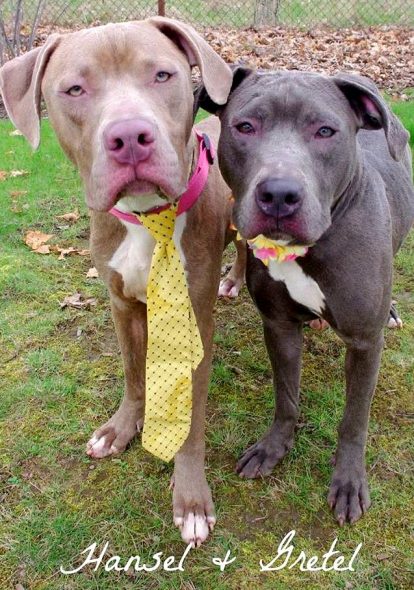 It’s been about three weeks now, and they couldn’t be happier in their new home, where they are called Hank and Gigi.  Harris set up an Instagram page to keep their fans updated.

She says they’re sweet, intelligent, inquisitive dogs who “kiss everyone who comes in.”  They were once attached solely to one another, but now have transferred much of their affection to their new mama.

“They could be sound asleep, I get up and they wake up and follow me wherever I’m going,” she explained. “They are on me all the time.”

Carr is thrilled that they’re doing so well.  She loves seeing the photos of them sleeping separately, knowing that they’re so relaxed that they don’t feel quite so needy anymore.

“They look pretty happy now,” she said. “It all worked out.” 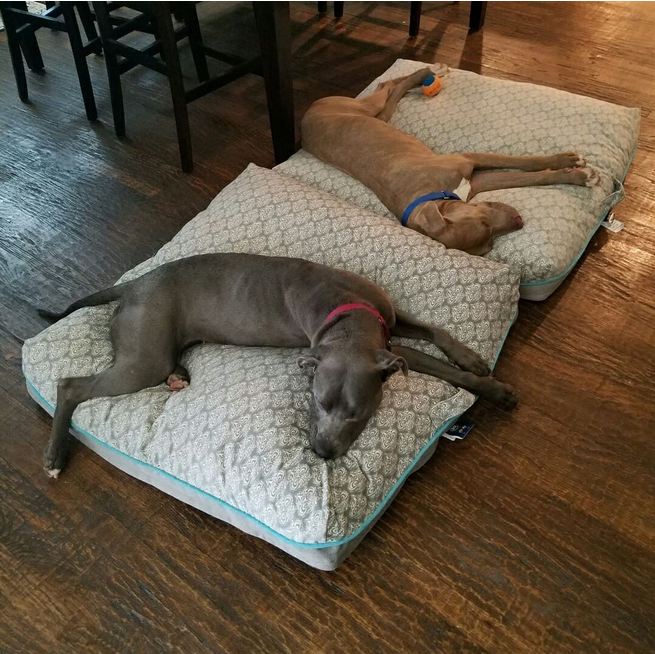 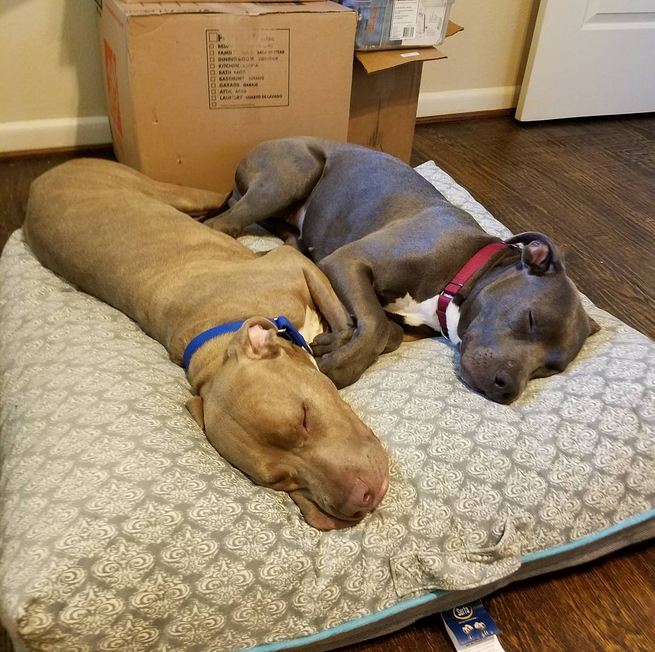 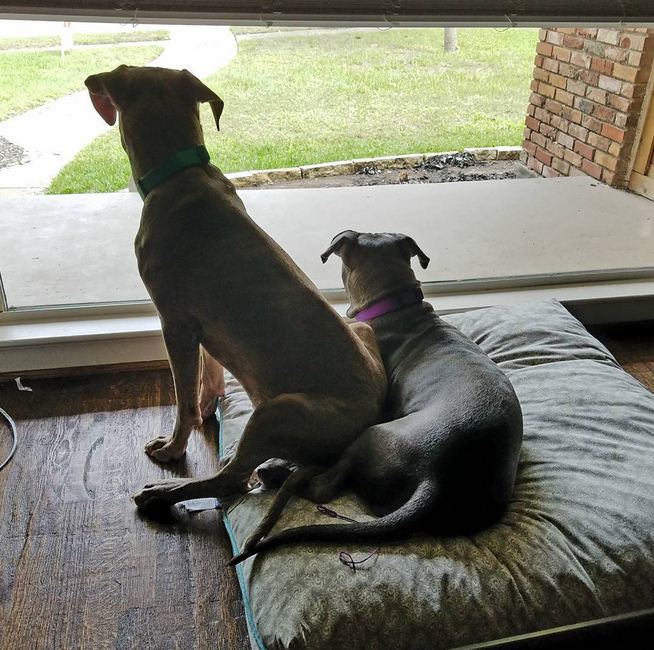 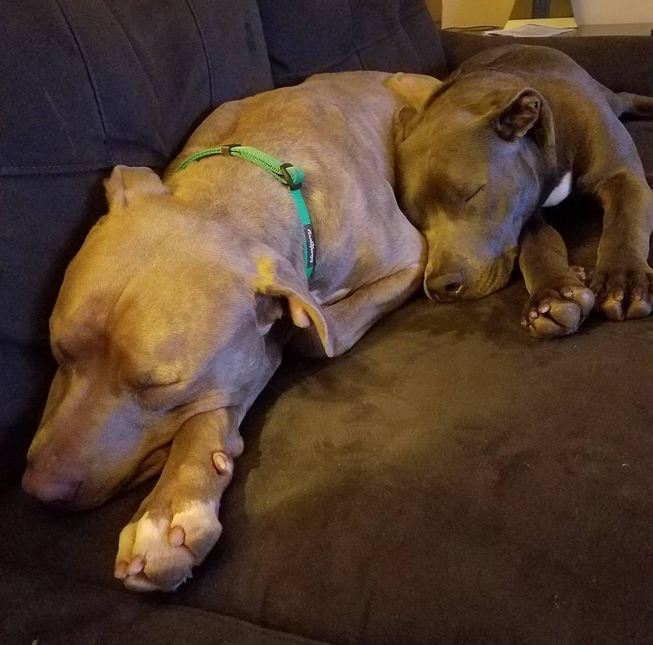 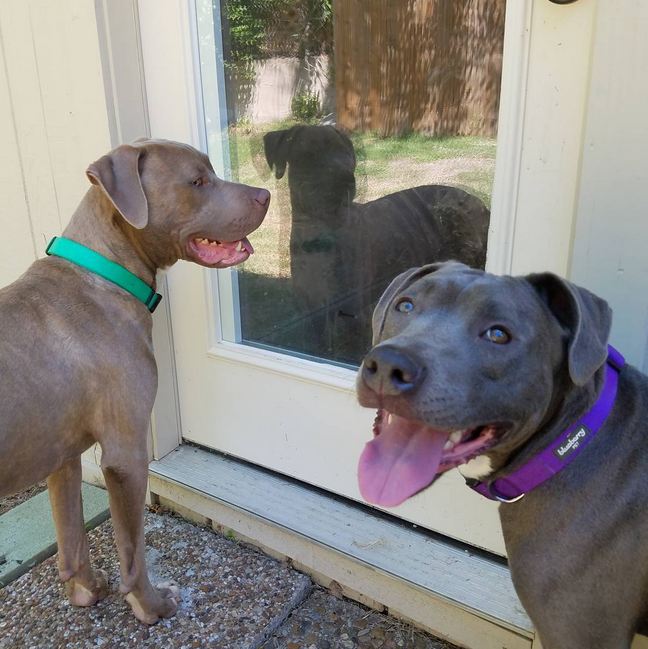 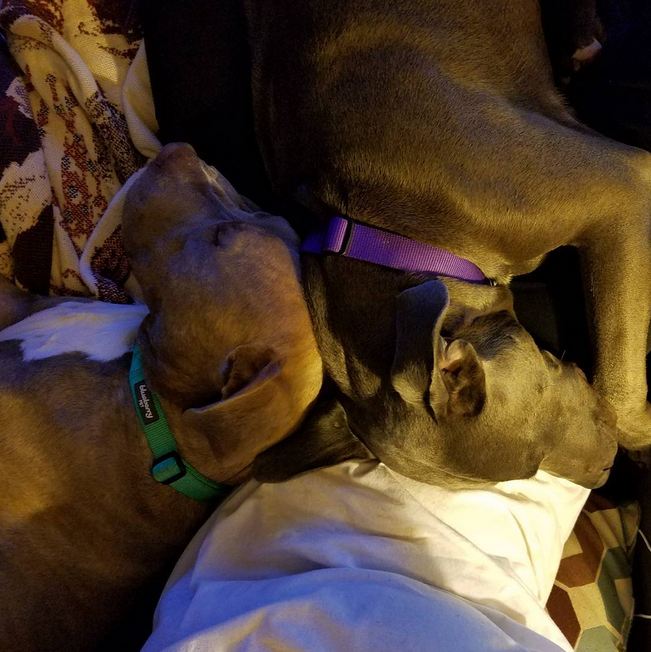