An animal shelter recently discovered that a nice comfy chair can make all the difference in the world to a shelter dog.

The Knox County Humane Society in Galesburg, Illinois, recently shared a video of their dogs in their kennels that went viral. The difference being the dogs are enjoying a snooze or relaxing sit in kennels decked out with cozy armchairs.

“The shelter pets absolutely love their chairs!” the organization, a no-kill shelter, wrote on Facebook. “If anyone has any older chairs they no longer want, please think of the shelter pets!”

The chair idea got started because of a dog named Buster Brown, says Erin Buckmaster, volunteer executive director of the shelter. Buster was adopted from their shelter as a puppy, but a family divorce lead to him being returned to the shelter a year and a half ago.
Buckmaster told TODAY that Buster “loves it at the shelter”, but he would not go into a kennel. Instead, he stayed out front with shelter staff. He also had a habit of wanting to share their chairs. 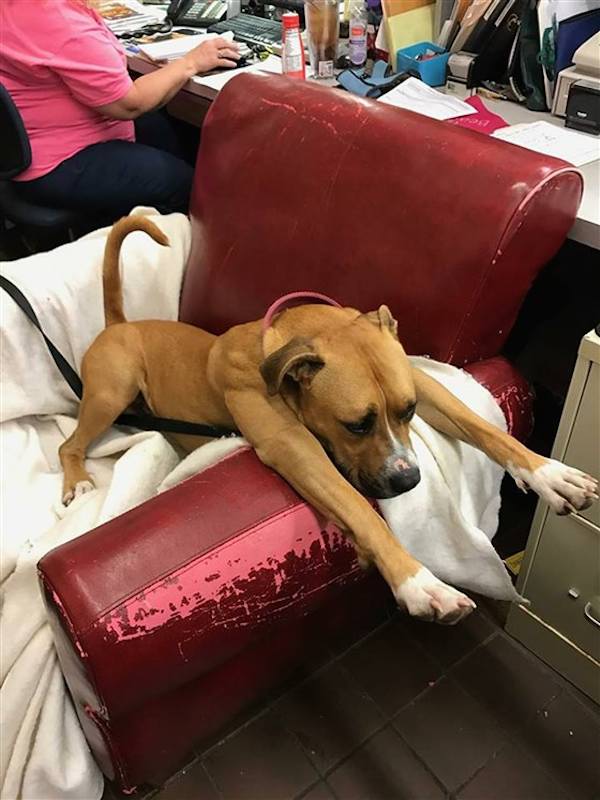 That’s when they decided to get his own chair and they got a big, red one that was donated to them from a local plumbing and heating company.

Buster loves his new chair so much, the staff thought all their dogs should get one. The shelter now has 22 chairs for the dogs currently up for adoption. All the chairs were donated by community members who learned about their program.

Buckmaster says their shelter is thrilled with the response.

“We never dreamed it would take off like this,” Buckmaster said. “I really just wanted the dogs to feel more comfortable while staying at the shelter.” 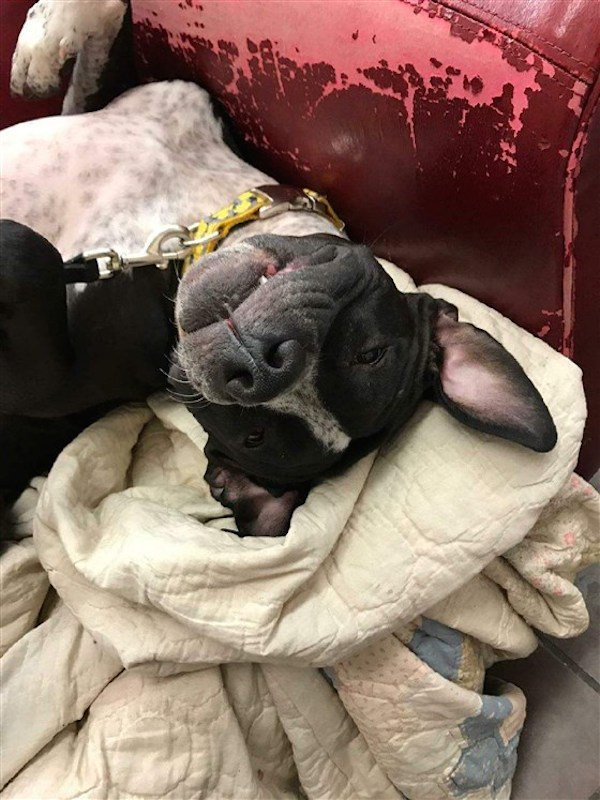 She says that’s been extra important as some dogs stay longer at their shelter because of their breed.

“Most of our dogs are bully breeds, which can have a hard time being placed,” Buckmaster told the Dodo. “They’re all wonderful dogs. They just need a chance.” 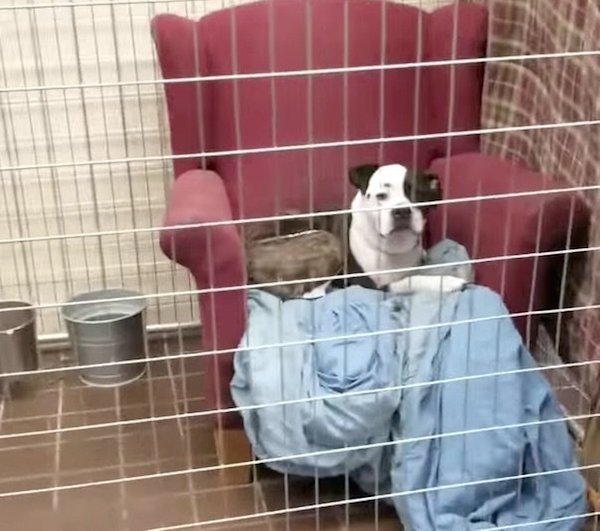 “I think having a chair in the kennel really help give the dogs more of a home setting while they’re here,” Buckmaster added. “It’s especially helped one of our dogs, Mickey, with his stress levels. He’s been here about a year — the longest out of everyone. It’s given him a lot more security.” 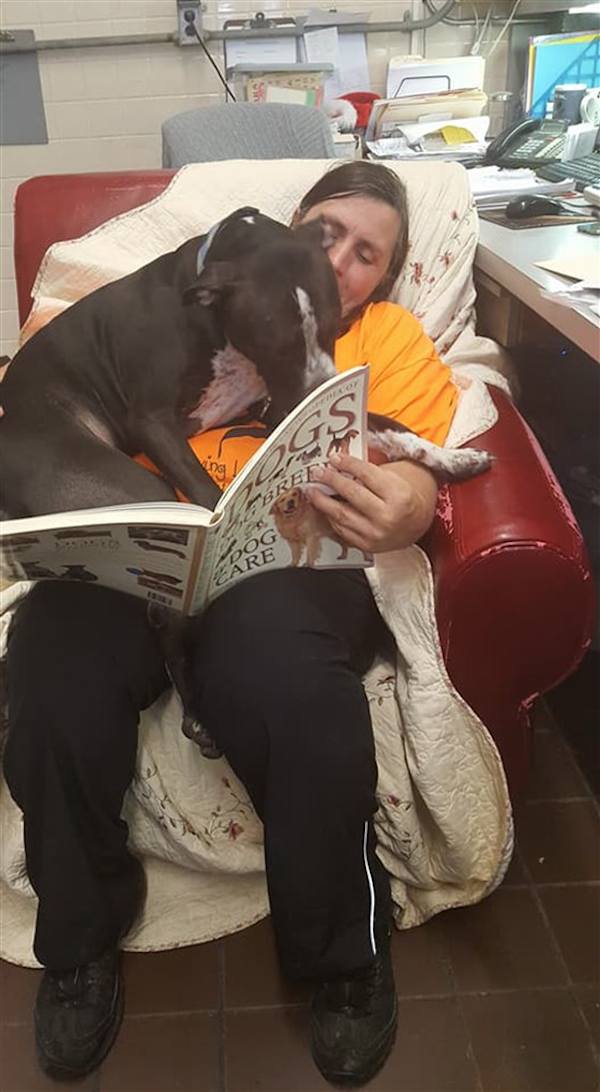 As the dogs in their armchairs continue to go viral, Knox County Humane Society hopes locals will be encouraged to come by and meet the dogs looking for homes. Cats at the shelter also are lounging in comfortable chairs.
The no-kill shelter also has a big yard where dogs can exercise and play and a room decked out like a home so pets can become familiar with a home setting.

Share the wonderful work this shelter is doing on behalf of homeless animals with your friends and family!