While the world was focused on Texas, Florida, and Puerto Rico during recent hurricanes, the tiny island of St. John went largely unnoticed. The most recent census puts the Caribbean island’s population at barely over 4,000 local residents, but when Hurricane Irma spewed Category 5 rain and wind and was followed closely by Hurricane Maria, everyone living on the 19-square-mile island was in danger. People were forced to evacuate, and countless pets were left to face the brunt of the storm on their own. 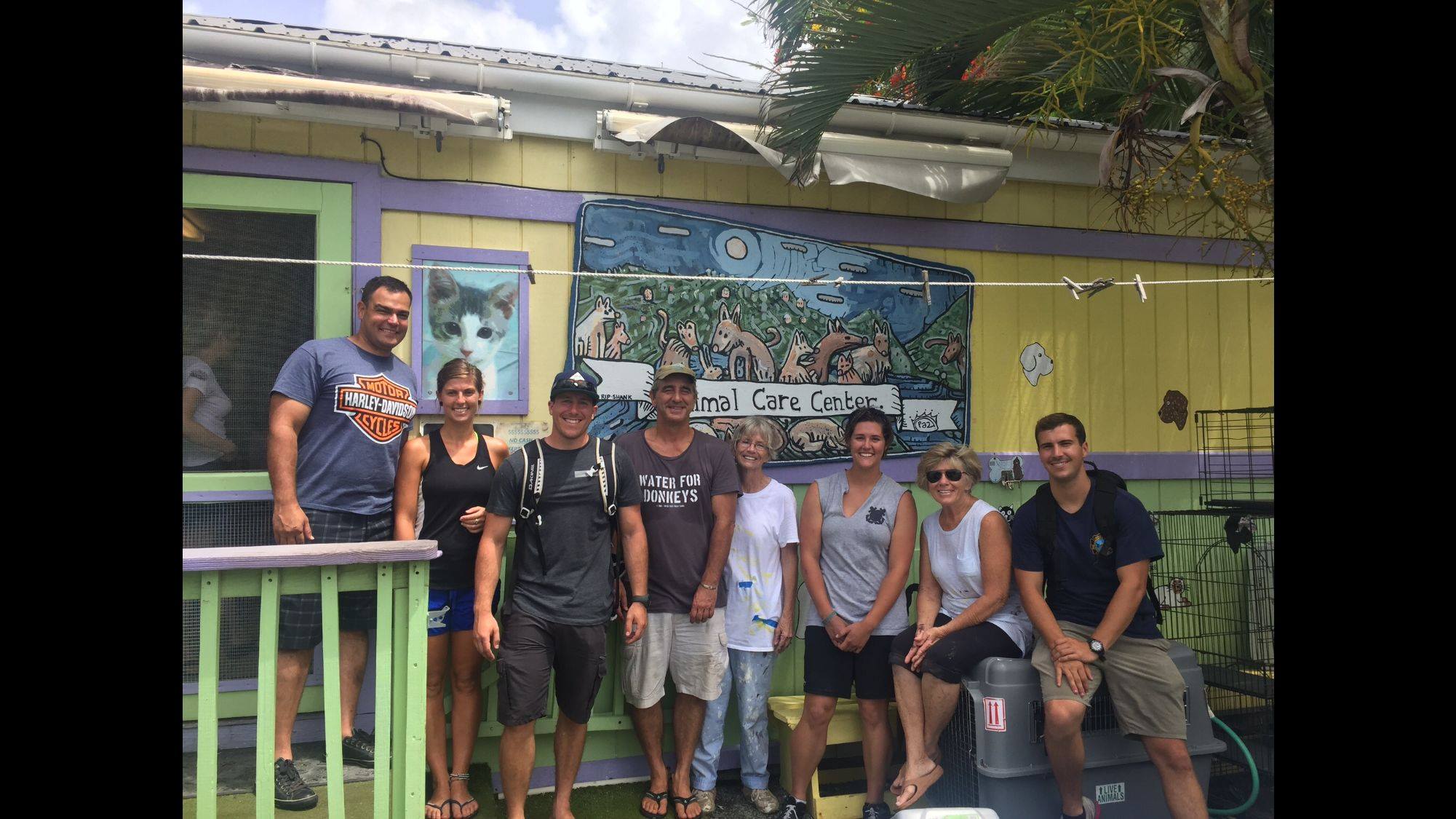 Thanks to Ryan Moore, the homeless animals at St. John’s Animal Care Center weren’t alone. As shelter manager, Moore felt he had a responsibility to stay behind and care for the dogs and cats in his care. His wife, Tiffany, and their two young sons evacuated the island, but Moore has endured three weeks of living with minimal resources all for the sake of saving animals.

While the shelter escaped the storm mostly intact, it was a lot of work to make repairs and care for the animals. A back wall in the cat room had blown completely open, and a mudslide took out the porch connected to the building. Moore and a bare-bones team of volunteers have been working long hours to keep the building in good condition and the animals safe. His goal is to make sure every animal already in the system is accounted for and animals left behind by their owners are brought to safety. With storm debris blocking roadways and causing power outages, his task hasn’t been easy. 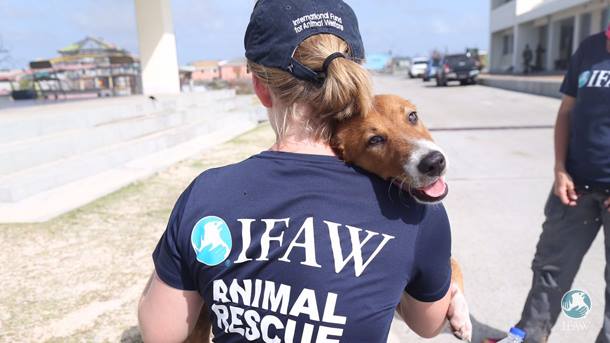 Moore turned to the International Fund for Animal Welfare (IFAW) for help. The organization’s disaster relief team brought a ton (literally) of dog food to be distributed on St. John and the neighboring island of St. Thomas, and they started facilitating reunions between lost pets and their owners. Moore worked with IFAW to make a big difference for the suffering animals, but when Hurricane Maria started show her force, IFAW was forced to evacuate.

Moore weathered Hurricane Maria alongside the shelter animals and posted to Facebook to let family and friends know he was safe. He’s hoping IFAW will return to the island next week to assist in transporting the dogs and cats to the U.S. He’s also hoping to go with them and be reunited with his family.

Consider donating to St. John Animal Care Center to help the animals of St. John during this difficult time.