A storm is no friend of a dog, and with an oncoming blizzard at the Homeward Bound City Pound, the homeless pups were in for a scary night. But the shelter works often volunteer to stay behind for the night in situations like this just in case travel becomes inaccessible the next day. This way, the dogs always have someone there with them. The volunteer this time was Shanda Antle. 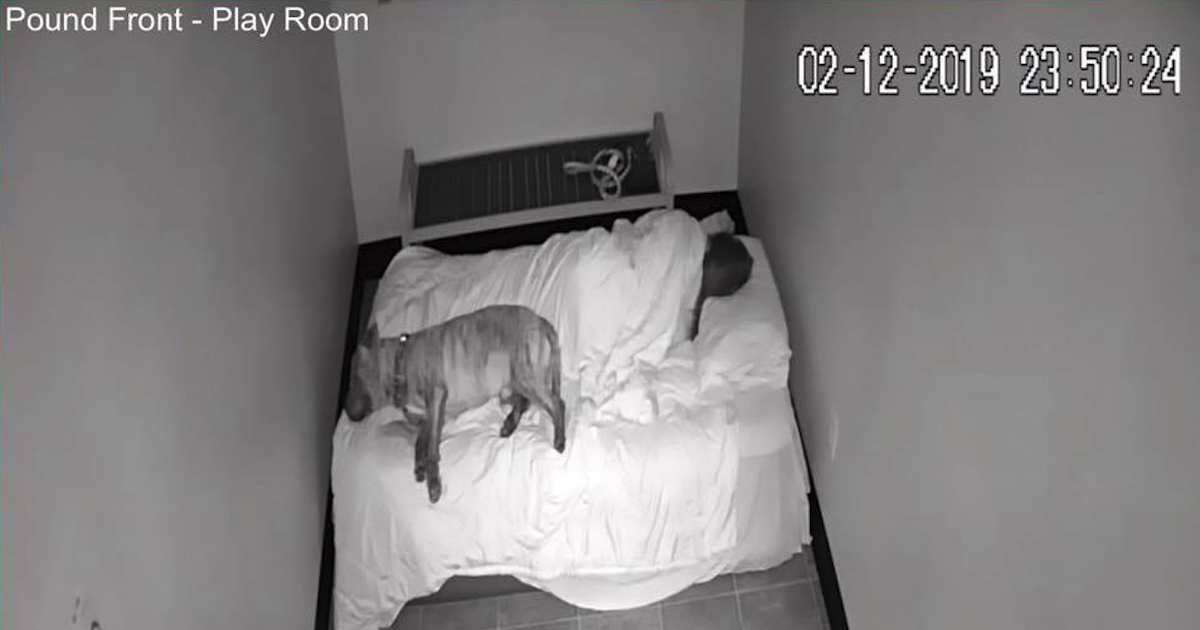 Since Shanda was there for the night anyway, she decided to take it a step further and snuggle with a scared shelter dog named Hawking. They spent some time watching movies at the front desk computer before moving to the playroom to sleep. 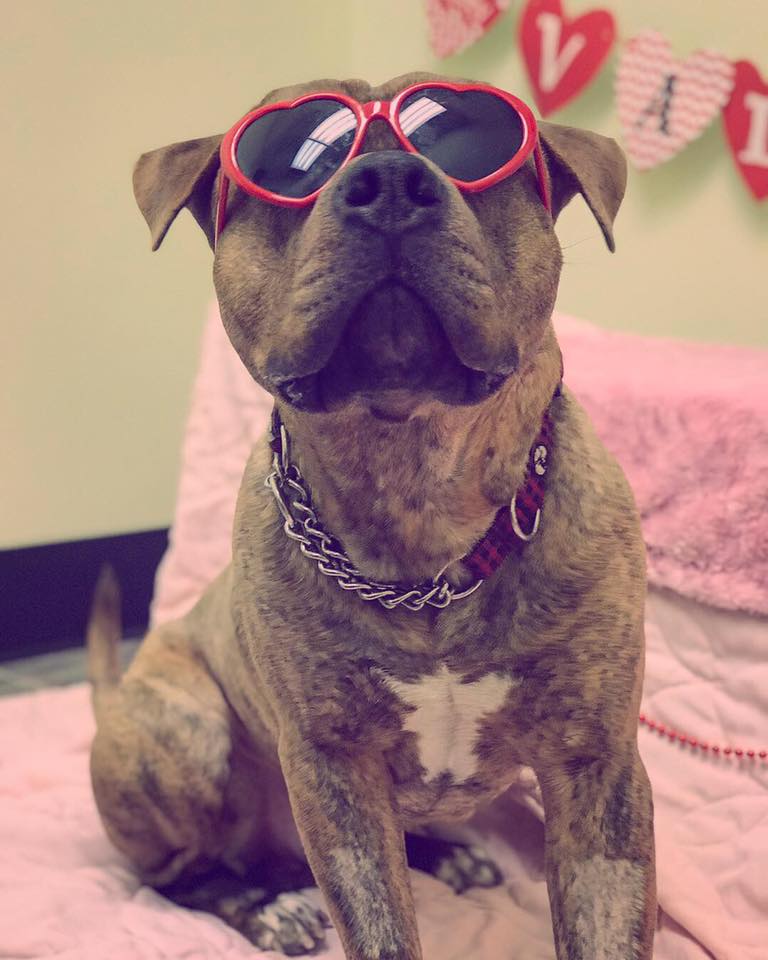 The shelter shared a Facebook post of a picture via the play room cam showing Shanda comforting Hawking as snow and ice pounded down on the roof. A snowstorm sleepover? Sounds like a win for everyone involved! 😀