Alarming footage of a large dog in the trunk of a small car has emerged from Russia. The dash cam video, recorded on January 13, 2019, shows a large dog, possibly an Alabai (Central Asian Shepherd Dog), struggling in a trunk of a car.

Even more alarmingly, the dog is seen jumping out of the moving vehicle onto the road.

“After being knocked on the head a few times, the dog decides to jump out of the trunk while the car is driving on a busy street,” is written in the video’s description. 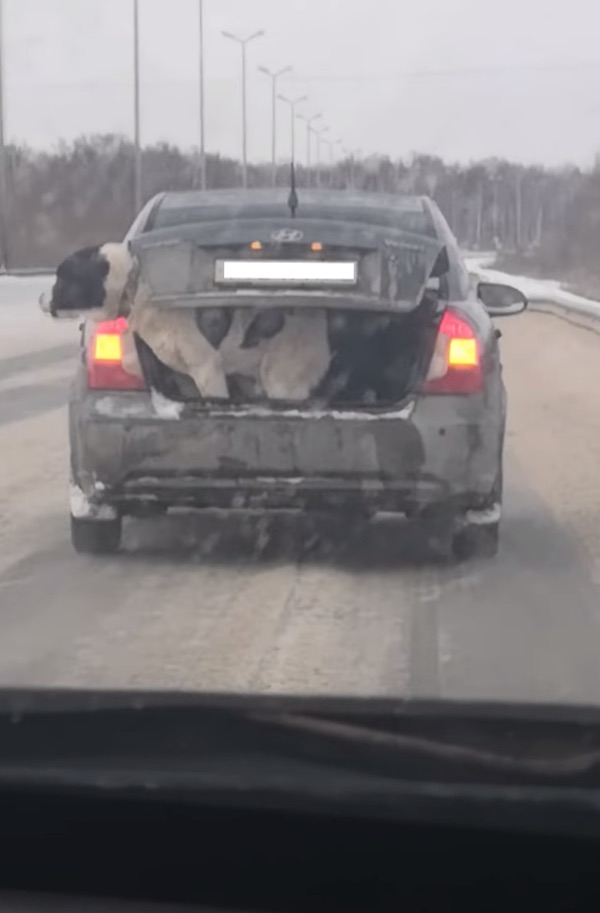 However, according to T7-inform.ru, police have opened an investigation into the incident after animal activists saw the video and reported it to police. The news channel indicates that the incident occurred on the Krasavinsky bridge and that the owner allegedly was taking the dog to a groomer, writing [roughly translated]: “The owner did not want to take the dog to the salon and put it in the open trunk.” 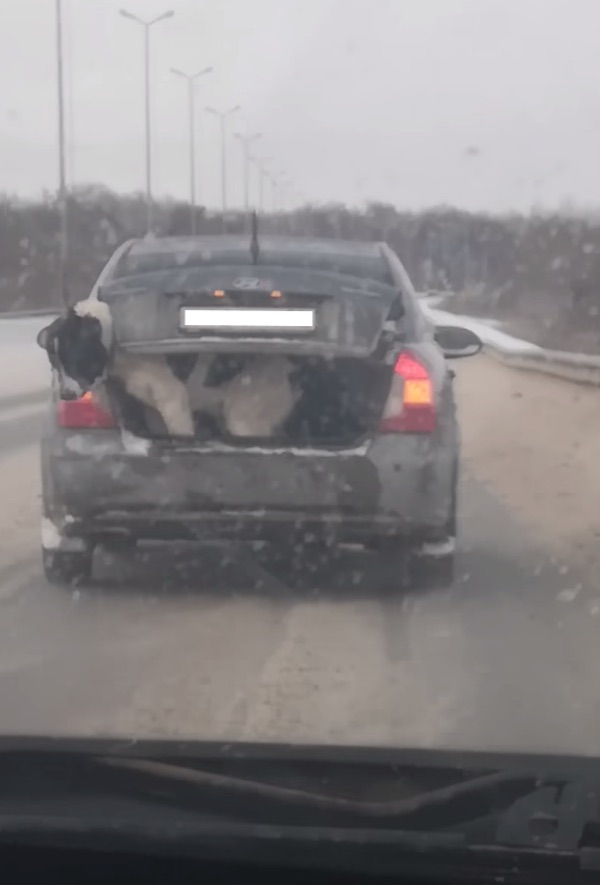 We can only hope that the driver with the dash cam helped the dog to safety.

Animal welfare activists have pointed out that a new federal law regarding the responsible handling is in place and one of the points prohibits dogs being transported in such a way.