So malnourished she could no longer stand, Cala would try to lie down on the pile of rags beneath her. But a short chain around her neck prevented her from resting her head. She was kept as a guard dog by a mechanic living near San Jose, Costa Rica. But he never fed her or took care of her. 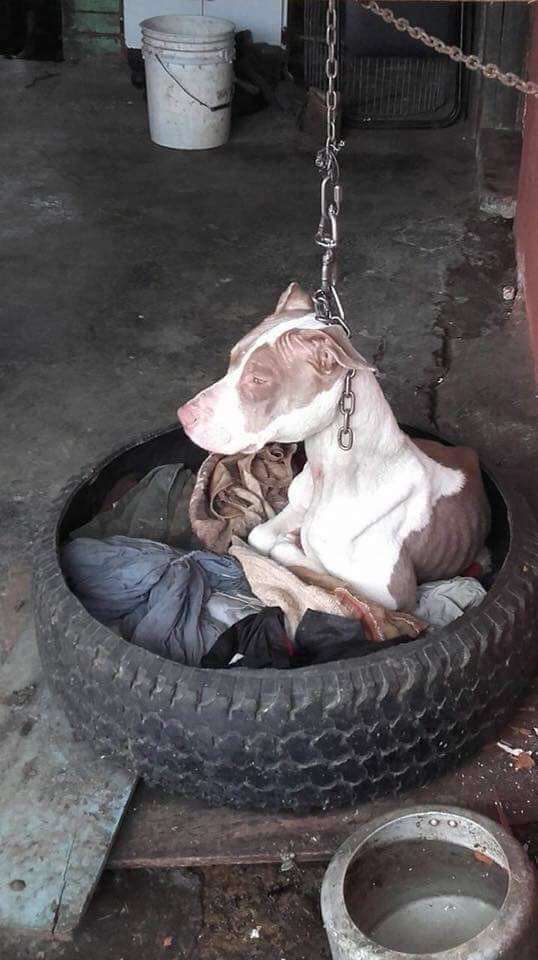 Her health was growing worse and she was starting to have problems breathing. Cala needed help soon, or she was going to die. Thankfully, the neighbors took notice of the situation and contacted the local police and a local dog sanctuary called Territorio de Zaguates. 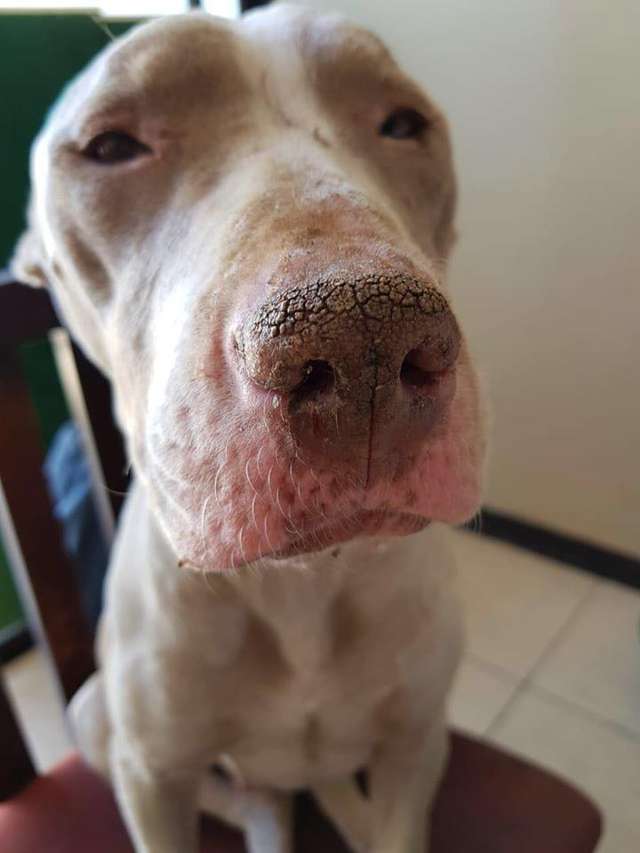 The police and sanctuary team removed Cala from the property and took her to the vet where they could treat her issues and the wound around her neck from the chain. After that, she was off to Territorio de Zaguates for physical and emotional healing. 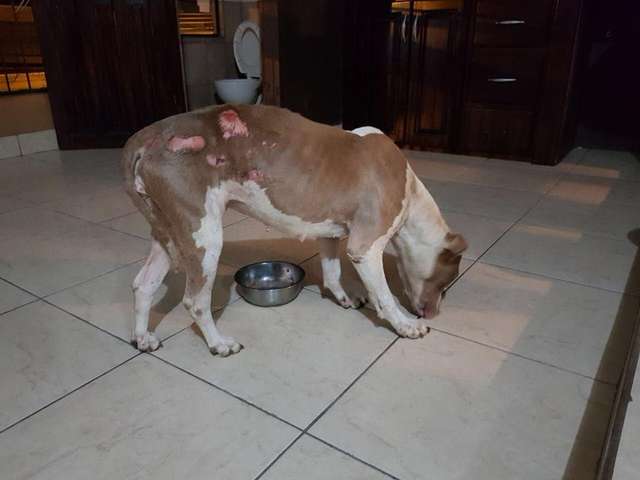 Her healing process was slow, and it was still hard for her to trust humans as it was painful when the rescuers would treat her wounds. But Cala started to understand they were there to help when she received love and treats after her treatments.

Cala also didn’t like the other dogs at the sanctuary at first, which led them to believe she’d never been around other dogs. Or maybe she’d been trained to attack them. But she came around to trusting them as well. 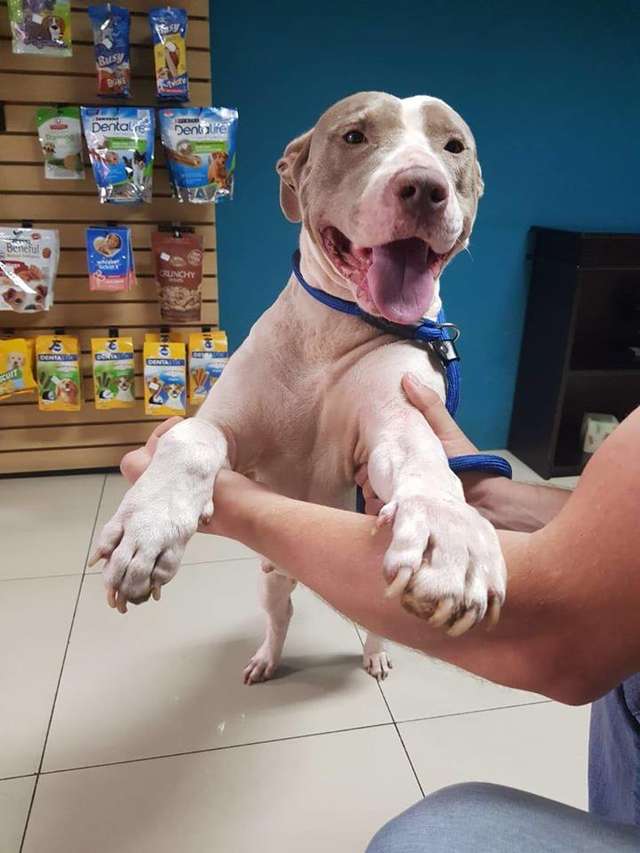 Cala came to the rescue as a weak and depressed animal but has since become a dog willing to stand up for herself and now has a reason to fight. Her personality started to come through as she added play and goofiness to her daily routine, and it was really something to witness.

But Cala had to overcome yet another obstacle. Later in the year, some people snuck into the sanctuary and put out poisoned sausages that ended up killing 16 dogs. Cala had eaten one but somehow managed to survive. 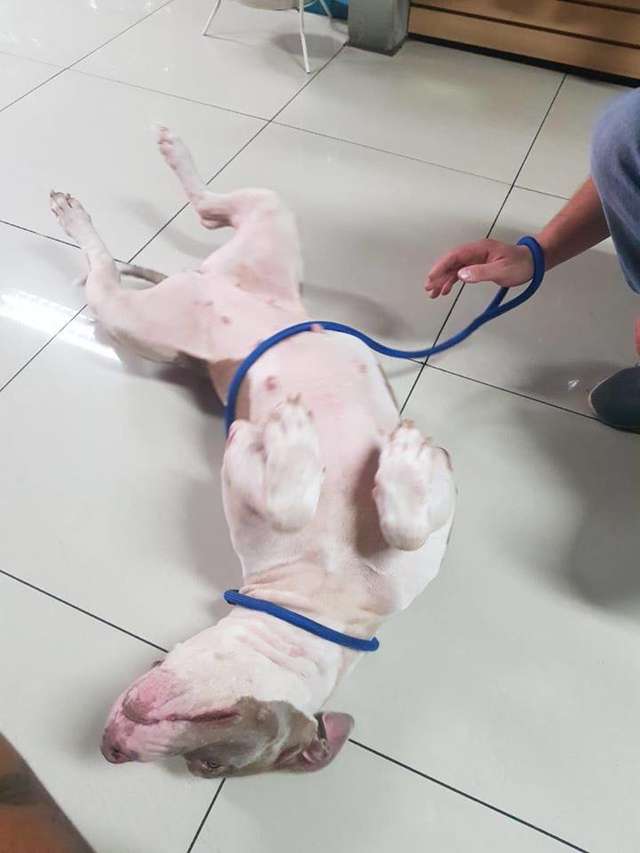 She struggled with some neurological problems for a bit after that, but they think her size helped tolerate the dose. It’s also possible she only had a small bite. After everything she’d gone through in life, the tough dog willed herself to get past yet another form of abuse. 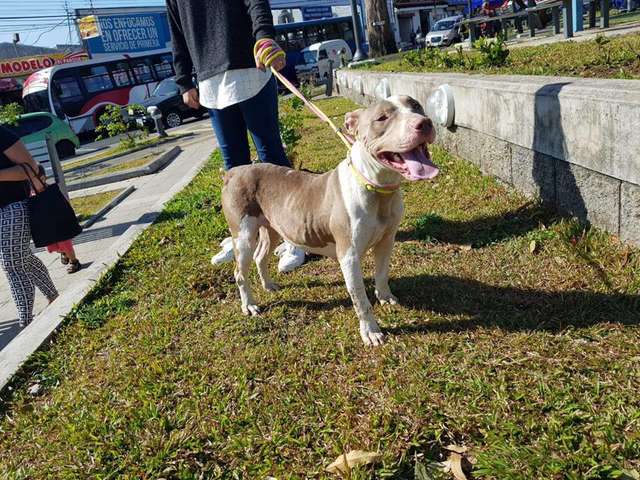 Cala was finally moved to a foster home where she’s being showered with love and attention. She’s acting like a puppy for the first time in her life and getting that out of her system, but her foster mom loves it! 🙂 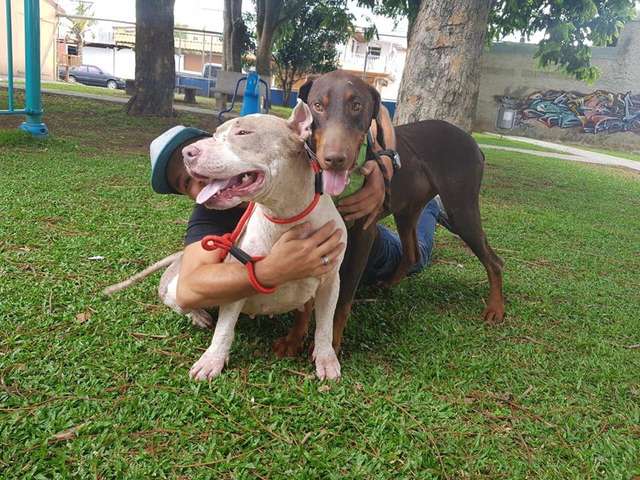 With so many dogs out there in need of rescue and adoption, Cala’s story can serve as a bit of inspiration in that love always wins out.