Vets at the Ross County Humane Society are hoping to find out who’s responsible for the horrific shooting of a sweet, young shepherd mix that was left for dead on the side of an Ohio road. 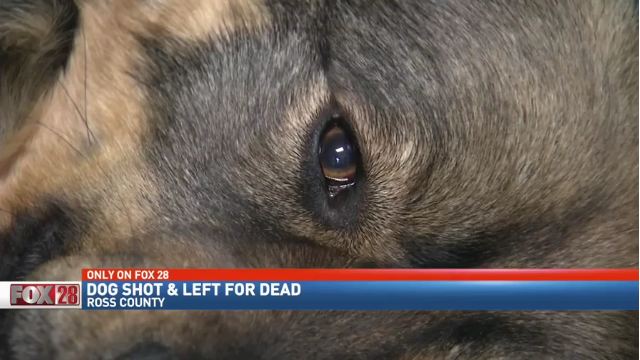 A good Samaritan, who found the dog in the town of Londonderry on Wednesday, brought her to the North Fork Animal Clinic for emergency care where veterinarians discovered more than one serious injury from a gunshot.

“Even on a lot of pain medication she is exhibiting pain when we move her around,” said Dr. Luke Haver with North Fork Animal Clinic. 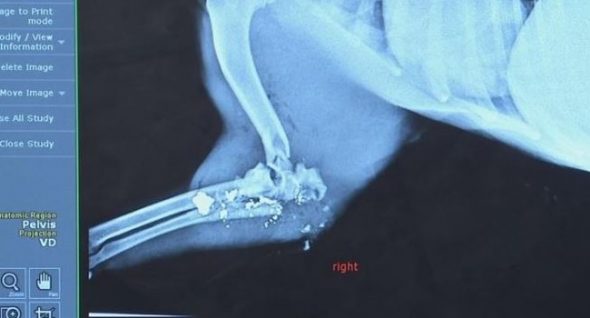 Rescuers named her Trinity, since the shepherd-mix will lose her right leg. The damage from the bullet is too severe to be able to save it. Haver said it’s possible a handgun or rifle was used.

The good Samaritan spotted the wounded 18-month-old dog Wednesday afternoon in a ditch. Initially, everyone though she’d been hit by a car. X-rays revealed not only a shattered elbow, but a second wound to a back leg where muscle is missing.

“It appears she was running away from whoever shot her. She wasn’t shot while running at them. She was trying to get away from them,” said Thomas. Everyone is emotionally invested, wondering who could do such a thing and whether Trinity has an owner. She has no microchip.

“From a pure trauma, and obviously not a natural trauma like an accident being hit by a car, this was seemingly intentional that’s pretty bad,” said Dr. Haver. 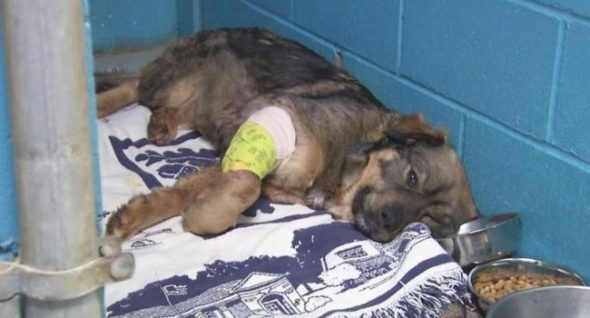 Her caregivers have been nothing but charmed by her sweet disposition and wagging tail; doctors say her prognosis after amputation surgery is good as long as the wound on the back leg doesn’t become infected.

“She’s a young dog and she has a really good chance at having a pretty much normal life,” said Dr. Haver.

The Ross County Humane Society is asking for donations for the amputation; surgery is expected to cost around $500 plus recovery.