Animal Aid Unlimited received a call about an injured and shy street dog who needed immediate attention. When they arrived, the dog allowed rescuers to approach with their biscuits, but that was as far as it would go. He wouldn’t let them touch him, so they wouldn’t be able to rescue him by hand. 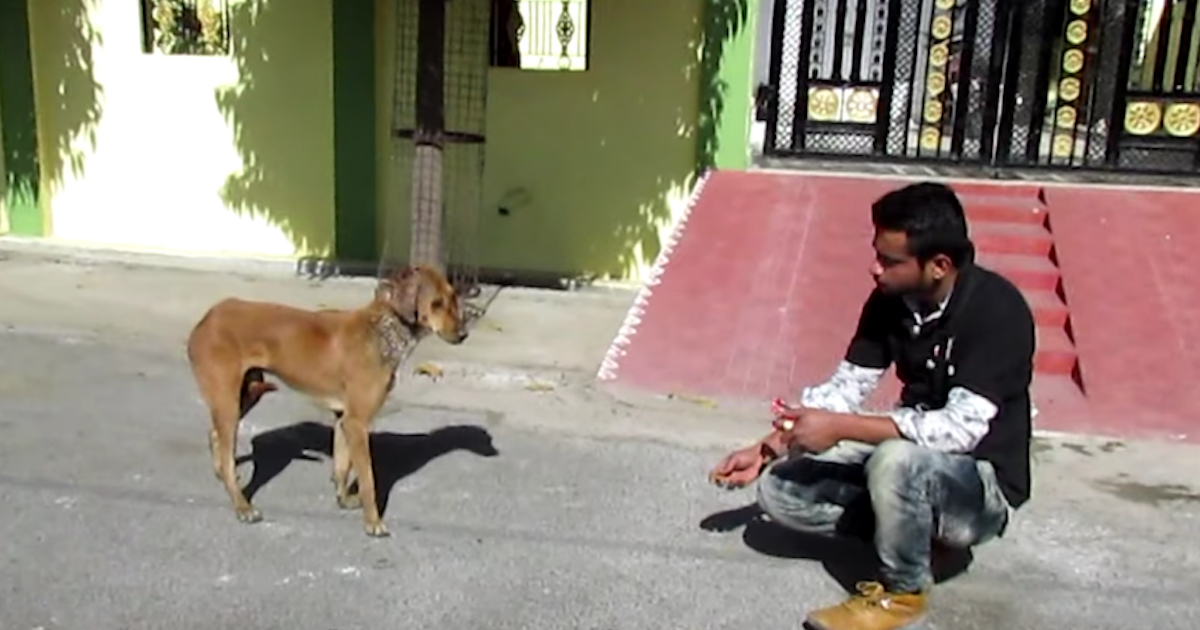 Rescuers caught the stray with a net, but this moment of stress would be worth the change that was coming. The good boy was taken back to the hospital where they’d work on his wound. Without this treatment, the dog surely would’ve died. But just six weeks later, look at how Jay is doing!