Unlikely friends form under stressful circumstances. When Rosie the kitten was rescued from the streets at just three weeks, she became the charge of a loving Siberian husky named Lilo and the bond formed is now unbreakable between the pair. 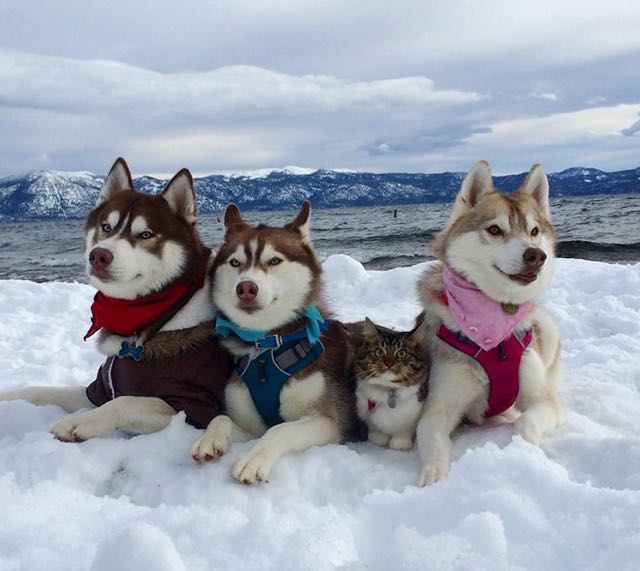 Rosie the kitten was found at just three weeks old – abandoned, cold and starving. Her lucky day came when she was rescued and taken to live in a home with three big dogs. Siberian huskies have a love-hate relationship with cats, some live harmoniously, some have an innate prey drive they cannot overcome. But this trio took to the needy little Rosie and Lilo is particular decided to become a surrogate mother. 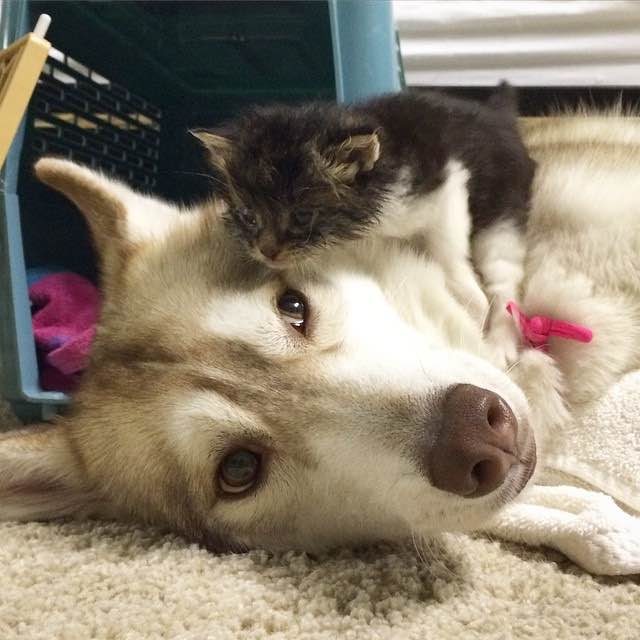 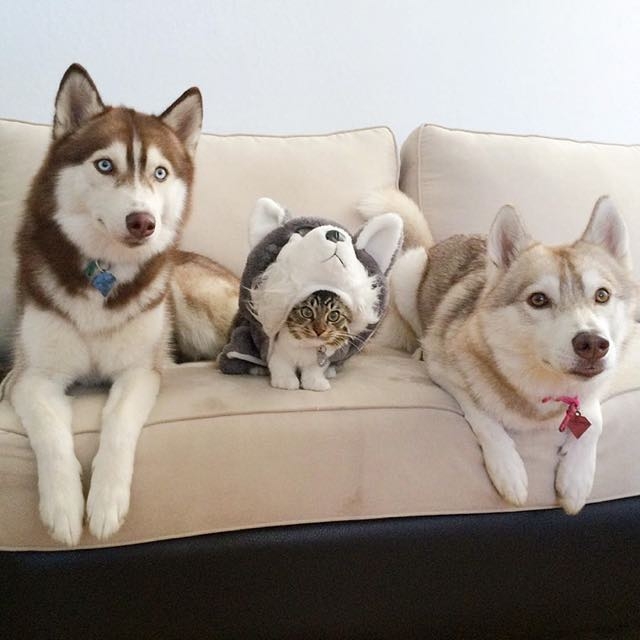 “The two of them are inseparable, they sleep together at night, and Rosie imitates everything Lilo does, including sneaking dog food when we’re not looking,” says human mommy, according to White Wolf Pack. 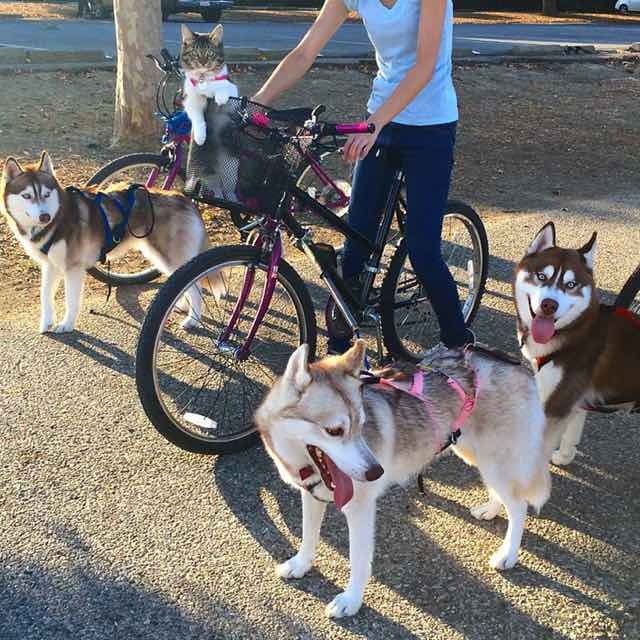