Sometimes having fun is more important than winning, at least that is what an adorable Siberian Husky thought.

Siberian Huskies are quick and light on their feet, making them perfect agility dogs. However, one named Lobo from Pen Argyl, Pennsylvania, followed his nose not his handler during an agility competition at the prestigious Westminster Dog Show.

Lobo’s handler, Alan Davis, tried his best to keep the curious dog on track. Everything seemed to be going well at the beginning, but then Lobo lost focus. 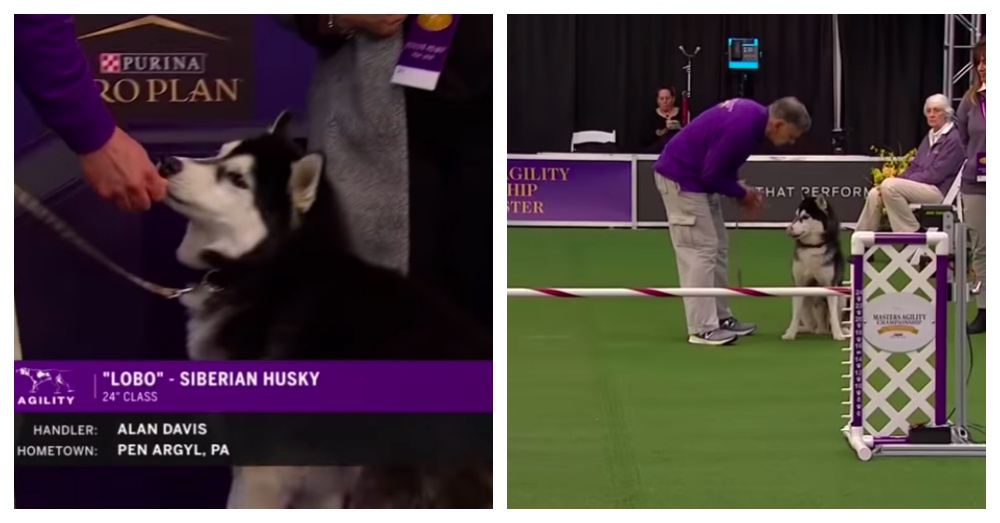 Lobo had no problem clearing the first jump and was on his way to winning, but then noticed a camera and went to investigate. Davis was able to call him back and direct him over the next few jumps, but Lobo went off course again at the weave poles. 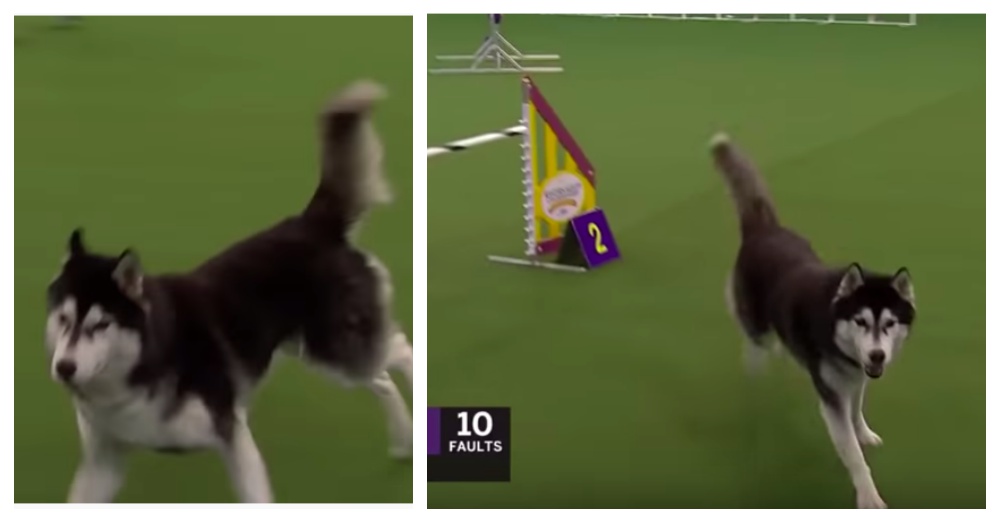 By this time, the crown was cheering his name and laughing as he slowly completed the obstacles. Even the announcers couldn’t resist from laughing and commenting on his carefree run. “Lobo is going to be the crowd favorite, I guarantee it.” 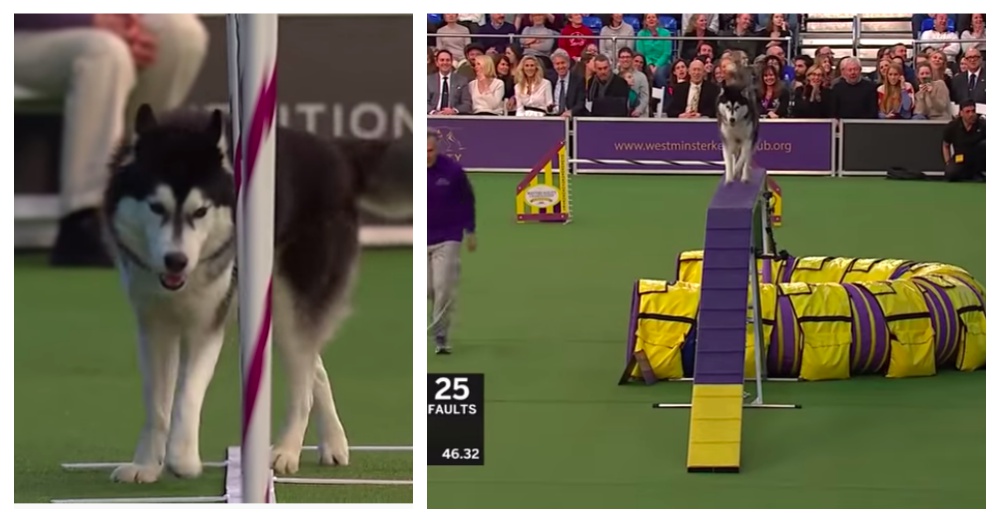 On the teeter totter he paused and peered out into the audience to make sure all eyes were on him. Lobo managed to complete the course in 76 seconds, which was twice as long as the winning time of 29.35 seconds. 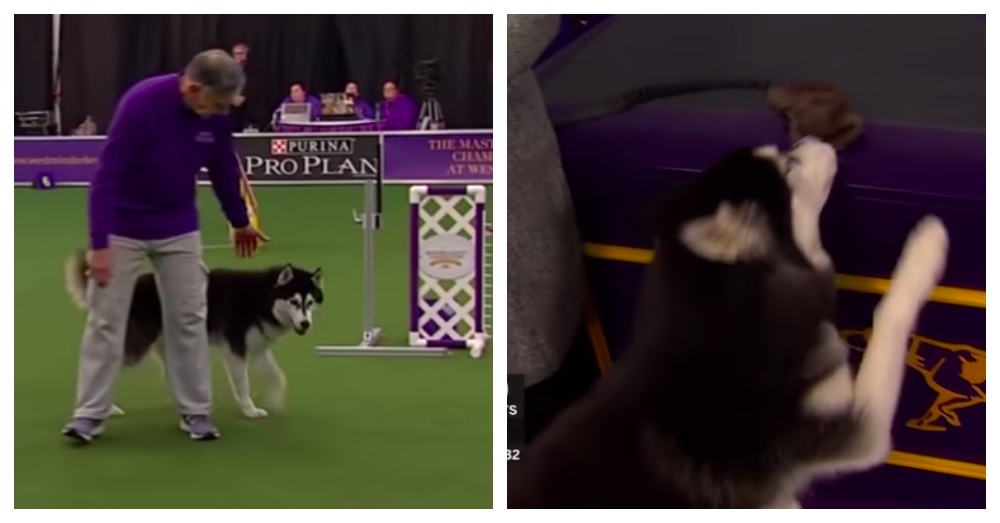 Although Lobo did not win the competition, he won the hearts of everyone watching. The hilarious video of his run has gone viral. 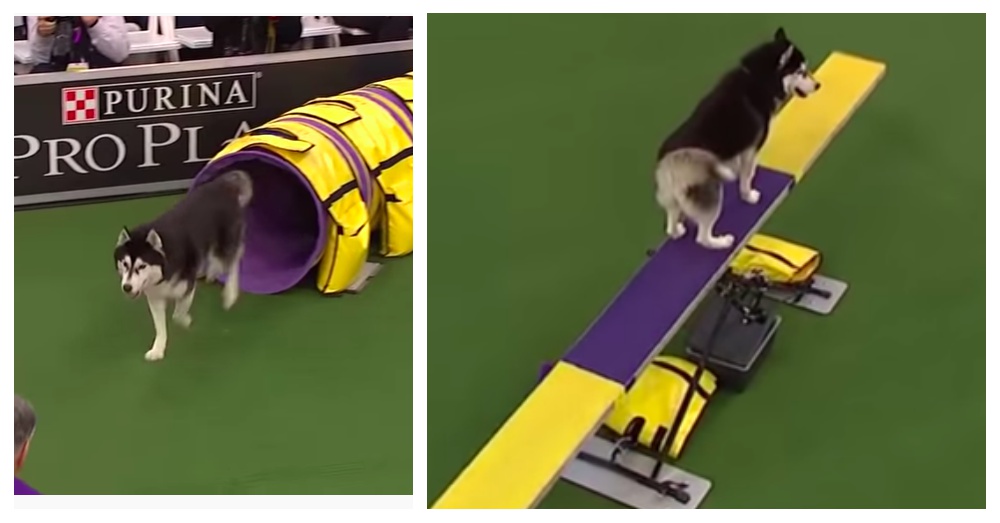 Other Siberian Husky parents commented that this breed has a mind of their own. One owner wrote, “The husky-est thing I’ve seen all day and I got 2 laying on my couch 🤣.” Another said, “He did pretty much exactly what I expected from a husky. Can he do the course? Of course, no problem. Does he wanna follow the human rules? Nah.” 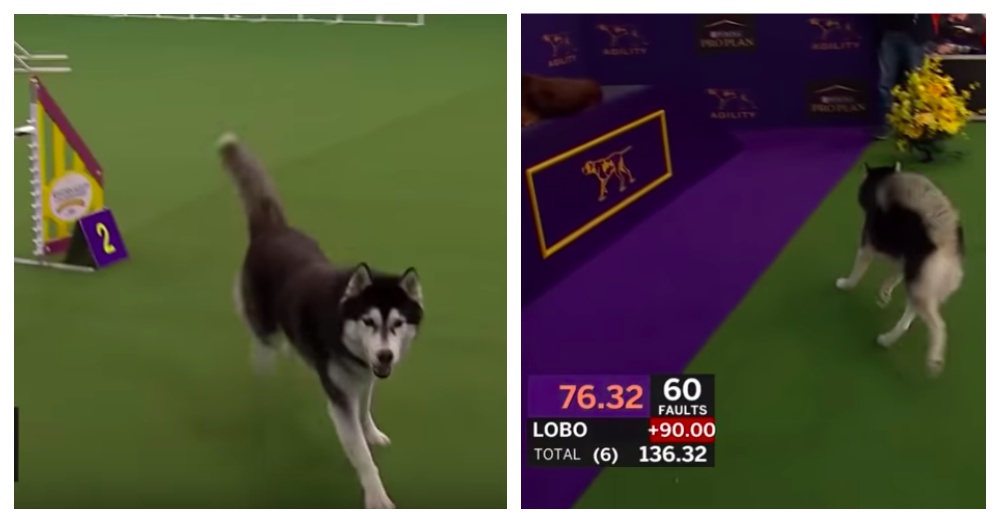 Watch at Lobo entertains the crowd in the video below and don’t forget to share.