In 2020, the Gentle Barn, founded by Ellie Laks and Jay Weiner, adopted a calf, who had just become an orphan.

They had rescued him from a slaughterhouse, where his mother did not survive.

He was only a week old. They named him John Lewis Thunderheart because he was also a fighter. 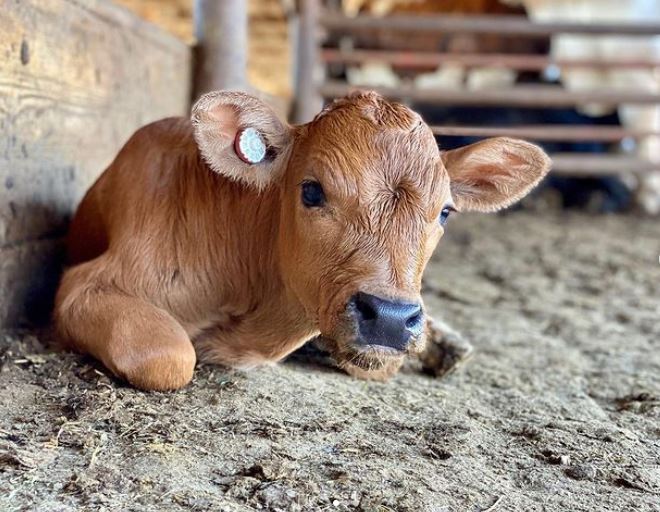 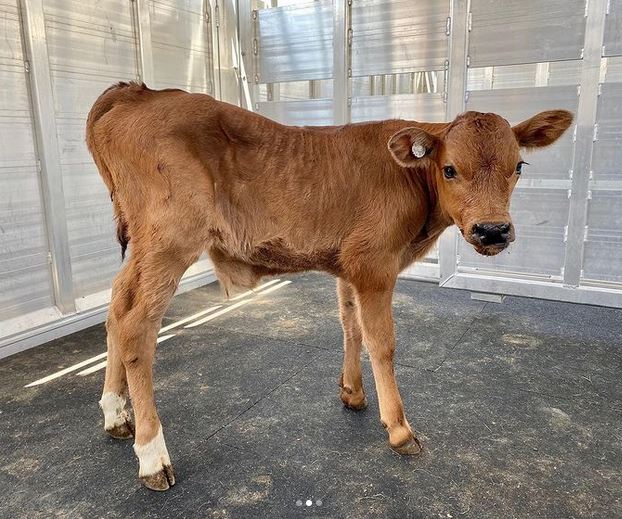 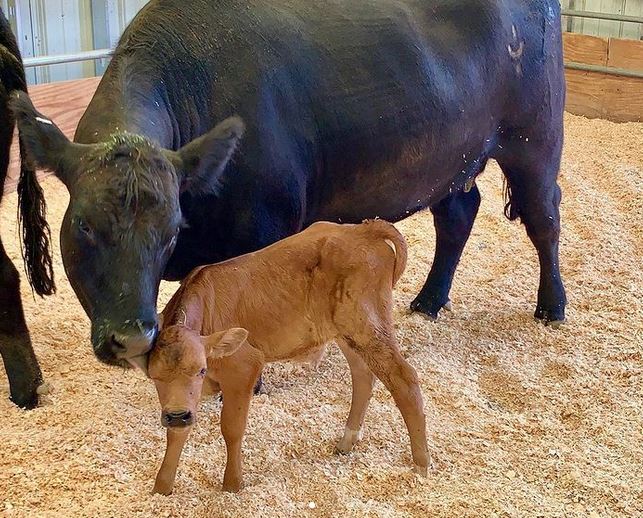 When Lewis arrived at The Gentle Barn, he wasn’t in the best of health.

“He had severe pneumonia. He had loud, raspy breathing. He had a deep cough. He had an extremely high temperature,” Ellie said.

And because of the stressful environment he was born in, Lewis did not get enough colostrum to build a stronger immune system. That’s why when he contracted pneumonia, he fought for his life.

They knew he wouldn’t be able to survive living in the barn so they brought him inside their air-conditioned home. He needed a clean and cool environment and this way, they’ll be able to look after him 24/7. 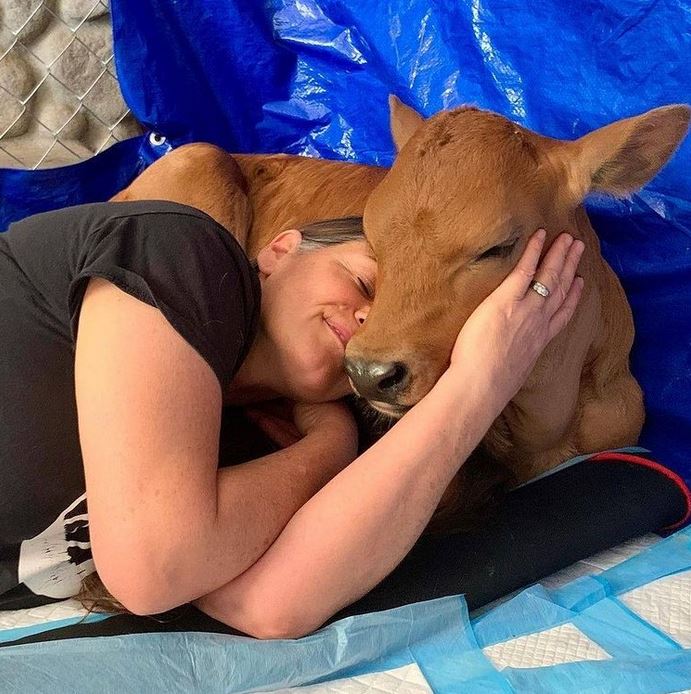 There was also another animal who lived inside the house who would turn out to be such a big blessing for Lewis.

His name is Sky.

The Gentle Barn adopted Sky from his previous owner who couldn’t keep up with his energy level. They weren’t supposed to adopt him but they discovered that Sky was a great therapy dog. He makes people laugh, he can soften the hearts of people with anger issues, and he’s able to calm those who are nervous. 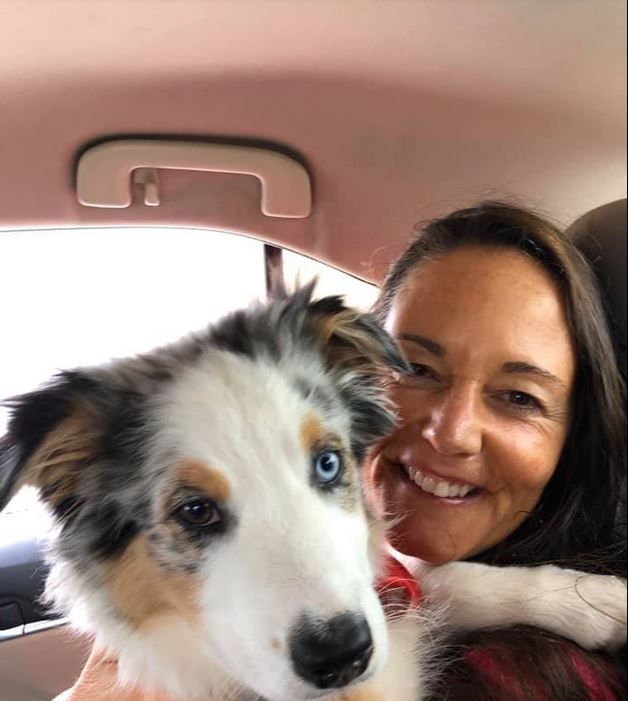 That’s why he was the perfect companion for Lewis while he healed.

“Sky protected him, soothed him, and would lay down right next to him and curl up beside him,” Ellie described. “We just kept pouring love and comfort into him until he slowly began to heal.” 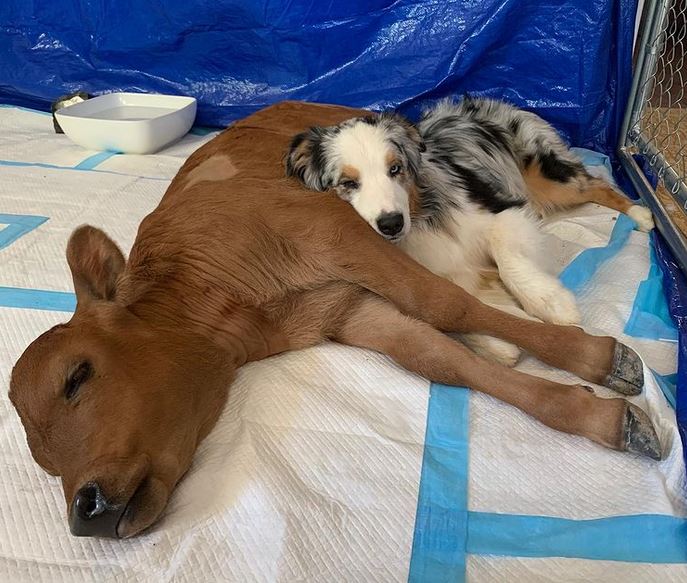 When Lewis was strong enough to go outside, that’s when they saw Lewis and Sky had formed a strong relationship.

“They run all over the yard and tussle. Sky is very mouthy like a puppy and Lewis wonky like a cow, but somehow they make it work and understand each other,” Ellie shared.

And when Ellie brought Lewis around the farm for walks and to meet the other cows, Sky was also there with them to help Lewis adjust to this new life at the farm. 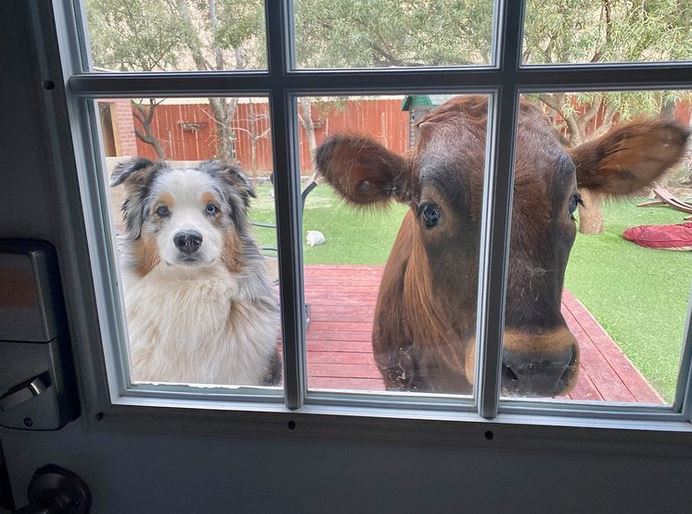 When they brought in Lewis, he was only 50lbs at a week old.

Now, he’s two years old and weighs more than a thousand pounds. He’s now much, much bigger than Sky.

They’re not as physical anymore with each other because they know there’s a big weight difference between the two of them. But it doesn’t stop them from showing their love for each other.

Lewis will lay down on the ground and Sky will be all over him. He’ll lick Lewis and lay down beside him. 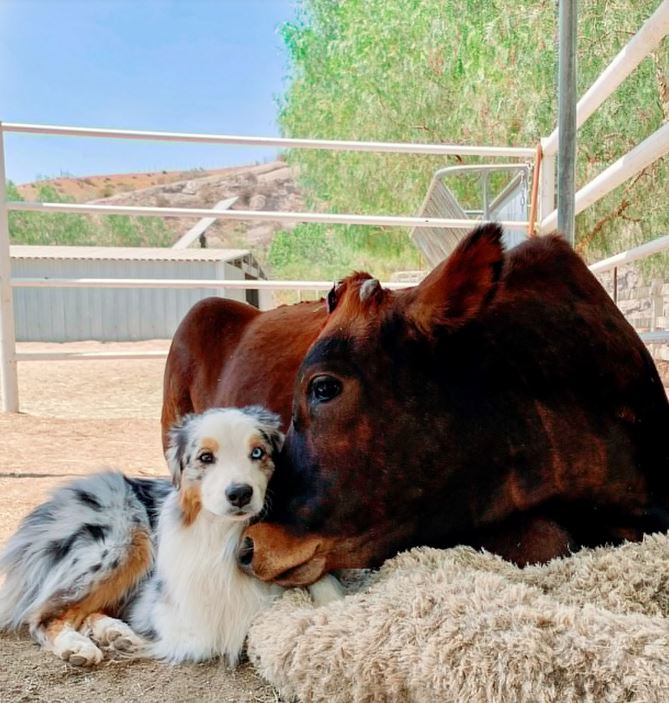 “Watching Lewis and Sky together, there’s so much to be grateful for. What I enjoy the most is no matter how old or big they get, their love still continues,” Ellie said of their relationship. “To us, we see a dog and cow. But to John Lewis and Sky, they just see friends, they see family, they see love.”

Feel the caring love between these two when you watch the video below.