A dog found at a high-kill shelter in Texas very much looked and acted like a stray, but the rusty collar around his neck told a much different story.

He was in such bad shape, shelter workers thought he’d have to be put down right away. The dog would just lie around as if he’d given up. 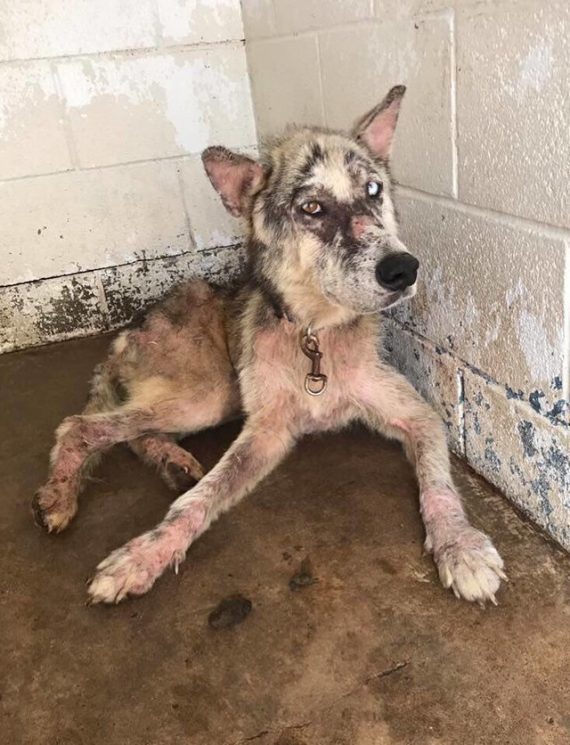 Atago had a terrible case of mange and was covered in mites, but he had a rusty collar around his neck. This was no stray; this was a neglected pet. 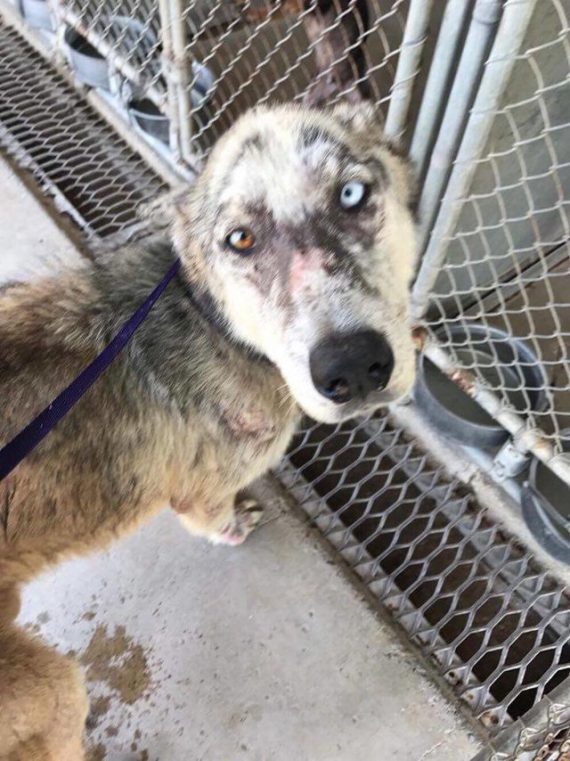 It’s as if his former owners chained him up outside and left him to die. 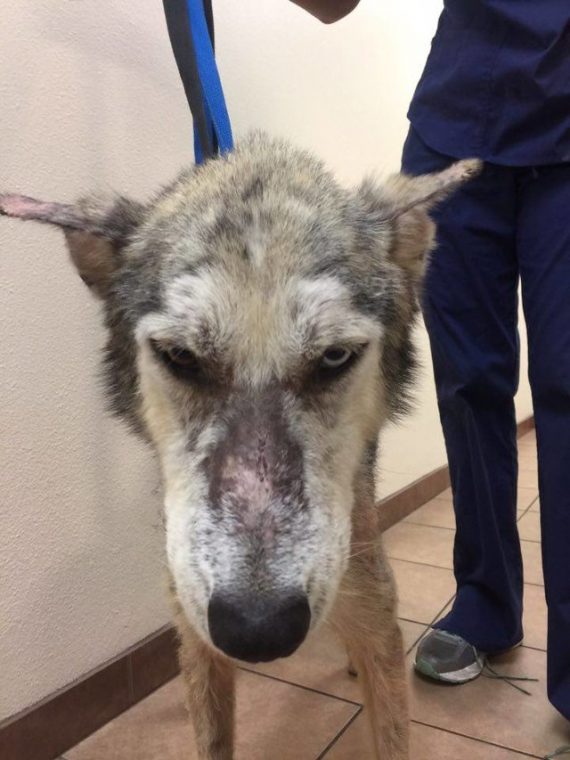 Cindy Droogmans, founder of A-Team ELITE Rescue Dogs, felt that Atago had some life left in him and refused to let the shelter kill him. 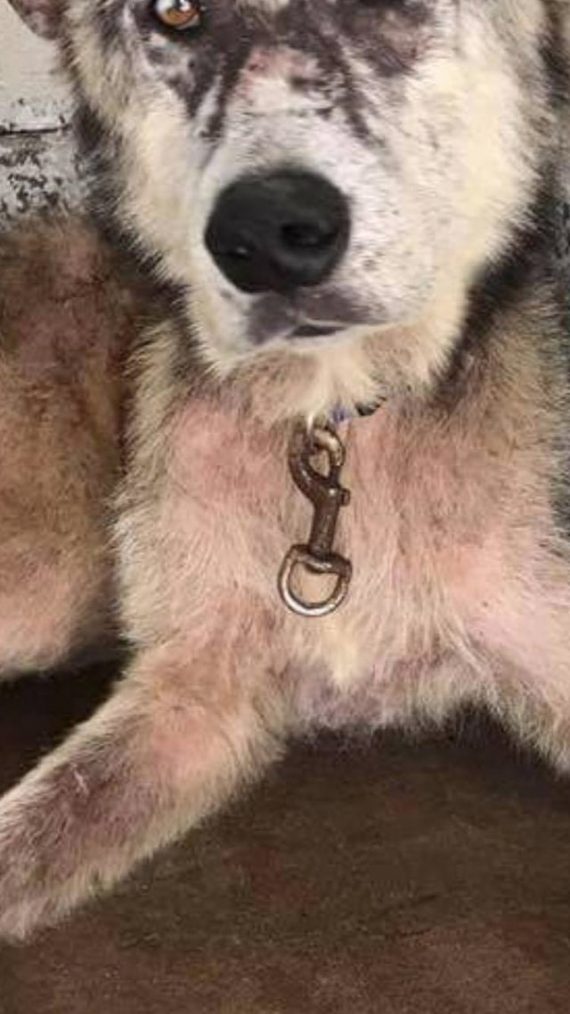 With a past a little more complicated than that of a stray, he would need a little extra TLC. As soon as Atago was pulled from the shelter, he got the medical care he so desperately needed. 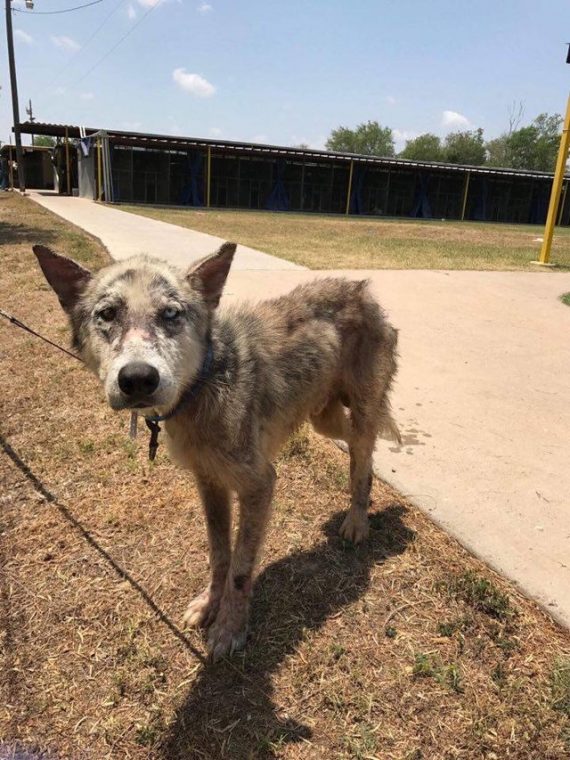 His fur is now starting to grow back, and his skin is less irritated. He has a ways to go, but he’s already making great strides. 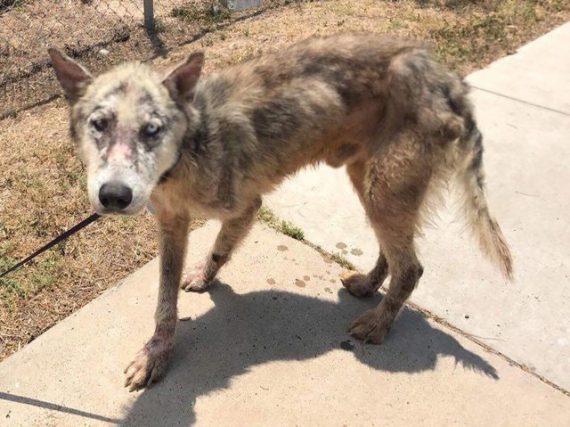 Atago’s newfound love for taking walks and smelling the grass has certainly gone a long way in speeding up his recovery. After making the long trip from Texas to New York, he will be put up for adoption.