Although it can be hard to see a beloved dog go when he’s ready pass on, it’s nice to know that he spent his life being loved by someone who truly cared for him. This is the goal of hospice fosters: to see to it that dogs, no matter what sort of life they lived before, spend their final days feeling loved — even if they’ve never felt it before.

Kay Jones and her husband, Brad, are not strangers to caring for dogs temporarily: the two raise puppies for Canine Companions for Independence, an organization that trains pups to assist those who are physically disabled. They are currently raising their thirteenth pup for the group, and will be caring for him until he’s old enough to enter advanced training. They raise these pups knowing that they’ll go on to live a full life once they leave their home.

As hospice fosters, however, they know that their home is the last stop for the dogs they take in. But although hospice fostering can be heartbreaking, it’s twice as rewarding.

Kay and Brad Jones met their first hospice foster after a post on social media caught Kay’s eye. The dog in the post was most definitely not a pup like they were used to fostering, and in fact, he was in the twilight of his life. 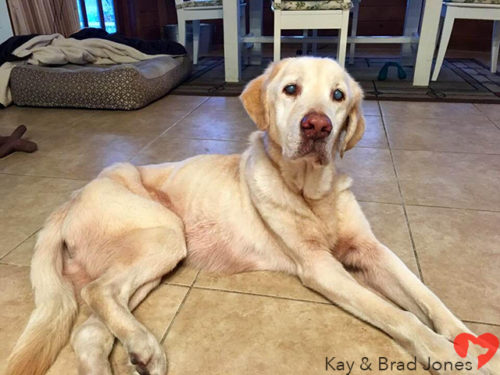 “He was severely emaciated, had some kind of trauma that made it almost impossible for him to walk anymore and he was mostly blind. I see sad stories every day on my timeline, but there was something about this old guy that just grabbed my heart and wouldn’t let go.”

Kay and Brad opened their home to the dog, knowing that he wouldn’t be around long and that they would see him cross the Rainbow Bridge soon. They named him Beau, a name that Kay says matched his beautiful spirit. Though he wasn’t with them long, he made a lasting impression on the two. 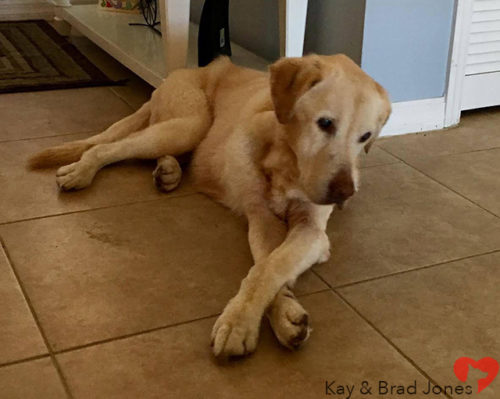 “We spent the next 10 days loving and spoiling him as best we could. He crossed the rainbow bridge in his sleep on a soft bed surrounded by love. He wasn’t with us very long but he opened a place in my heart for old dogs and I vowed we would do this again soon…once my broken heart healed, that is.” 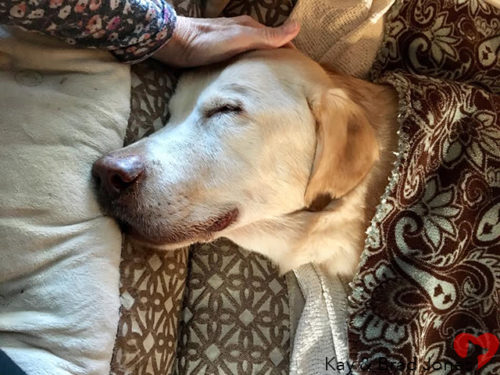 Beau’s memory lives on, and Kay’s heart healed just in time to take on another dog who was going to need to be loved before she left this world.

Mary Lou was surrendered in bad shape by an owner who, at an age of over 100 years old, found it difficult to give her the care she needed. According to Kay, Mary Lou had an abundance of health issues. Among other things, her nails were so long she could not rest her feet flat on the floor, and was walking on the backs of her legs. Along with severe arthritis, she also had a subluxated patella on one hind leg, and a partially torn ligament in the other. 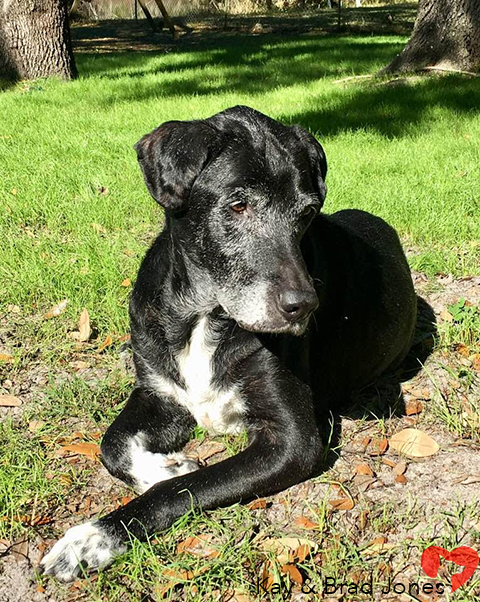 “It was a wonder she was walking at all! She had a terrible fungal skin infection that cause her to go bald on her back end and tail as well as incessant itching and chewing. She was so miserable all she did was sleep all day long. She has several hematomas in both ears as a result of years of untreated ear infections.

“The vet estimates that she is between 14 and 15 years old and on her way out. We opened our home to her as her hospice for her final days.”

Although Mary Lou wasn’t expected to be with them for long before passing, Kay and Brad didn’t want her to be plagued by so many issues in her final days, and took her to the vet with low expectations, only hoping to make her more comfortable. Mary Lou, however, wasn’t ready to just give up.

The vet had Mary Lou put on steroids and supplements to help ease her arthritis pain and itching. She was given a quality diet and within only a month, the change that a little love and care has made has been astounding. 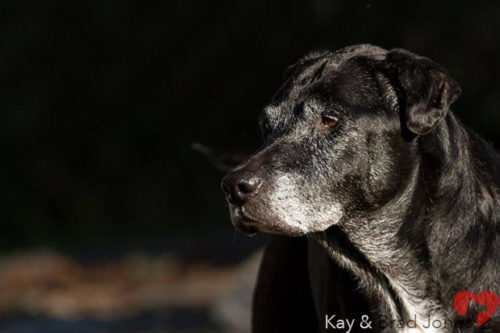 “I am beyond happy to tell you that she is walking so well that she frequently trots around the yard. When I come home from work she does a little dance and tries to jump on me. Now, her feet only get a fraction of an inch off the floor but in her mind’s eye she is jumping all over me. And most exciting for me, she has begun playing with our other dogs. Her coat is coming back in soft and shiny and she is bright and as energetic as an old dog can be.”

Kay is thrilled to see that not only is Mary Lou still with them, but she continues to improve. Only a few days later, Mary Lou went from trotting to outright running!

“I was standing out in the yard with them when all of a sudden Mary Lou just TOOK OFF. I mean she was feet pounding, ground covering RUNNING… I stood there with my mouth dropped open. I couldn’t believe what I was seeing.  Bless her old heart… I love this dog. 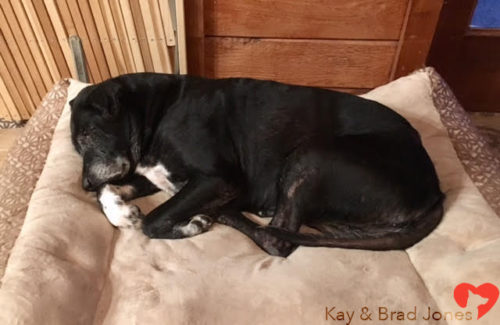 “We never have an agenda where these old dogs are concerned. Whether they choose to fade away on a soft bed with a full belly or to fight to come back is entirely up to them. But Mary Lou is showing us she has some fight left in the old girl.

“People tell my husband and I how wonderful we are to give her a home for her final days, but the truth is we are the lucky ones. Mary Lou teaches us every day how important it is to let go of bad stuff and revel in life’s simple pleasures. Old dogs are good for our souls and we wouldn’t miss a minute of it.  We are honored to have been chosen by her to walk the final leg of her life’s journey with her. Beau’s legacy lives on through her and each old dog we bring into our homes. Life (and Mary Lou!) is good.”