They were lost, and spending time in an area hardly safe for dogs, when one of them was struck by a moving train. Injured on the tracks and unable to move, the dog was protected for two days by her brother (who became aggressive and protective even when people tried to help them) before a rescuer was able to get in to save them.

Trains roared above them on the half hour and each time one dog would keep the other safe, protecting her from further injury and even rescue attempts. The nail-biter of a video captured the hearts of the Internet over the holiday.

Denis Malafeyev, who said he was part of the rescue effort, shared the heartwarming story on Facebook, and called the dogs’ bond “instinct, love, friendship, loyalty,” according to a Russian translation of his message. 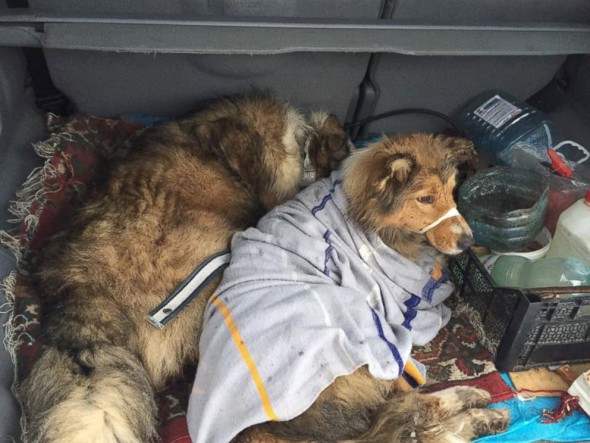 In an update four days later, Malafeyev said the two dogs were successfully removed from the train tracks by an animal shelter and later reunited with their owners who provided proof the dogs were theirs.

“The animals are on the mend,” Malafeyev added.