This is our buddy, Sly! Sly is in the market for a new forever family, and our friends at the Virginia German Shepherd Rescue in Centerville tell us that Sly is a really great dog. When he first came to them, they thought he was around eight years old. Well, it turns out that he’s only about five years old, so he’s still got a lot of life to look forward to. 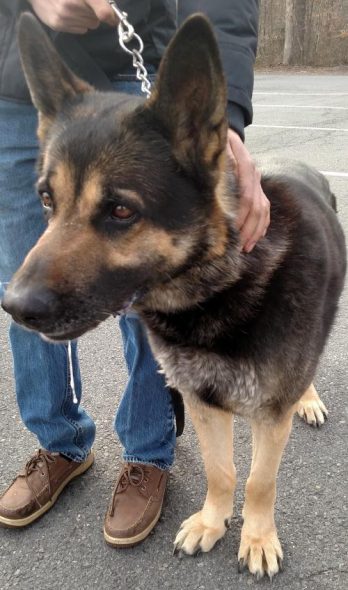 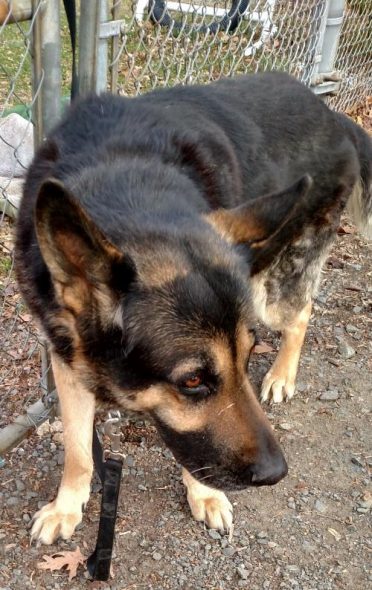 Mr. Sly has gone through the fountain of youth since he joined VGSR.  He was originally estimated to be 8 years old.  However, all of his medical records indicate he was born on 10-12-11, which means he is only 5 1/2 years old.  That’s the good news…

The bad news is that he is heart worm positive, and he needs to be neutered.  He was also out-of-date on all of his shots when he arrived.  He is now up-to-date on all his vaccinations.  He will begin treatment for HW on May 2, 2017.  That will take some time to complete.  At the moment, the vets do not have a completion date set.  He also has to be neutered and that will take place after his treatment is complete.

This guy is the original Gentle Giant.  He gets along great with the other 4 GSDs in my house.  He is now taking long walks with the rest of the gang and his breathing has greatly improved due to the exercise he is now getting.  He is not a puller at all on his leash, however he is just getting used to being on a leash and occasionally gets tangled up.

He is not food aggressive and takes his treats very gently.  He has really shown a lot of improvement in his health and wellbeing in the 6 day he has been my foster.  He has had no accidents in the house since he arrived.  Sly is just discovering that there are things called “dog beds.”  He is crate trained and sleeps upstairs in my bedroom with the rest of the gang.  Mr. Sly is going to be one great GSDs when he completes his treatments.