Sophie Gloss, one day decided to put her dog in a memory test. Bear, the smart Border Collie started to identify only 11 toys, and later on, identify 52 – and counting.

She first asked Bear: “Where’s your dinosaur?” The dog then sprawled on the floor, grabbed the dinosaur, and gave it to Sophie. The next thing she asks is about the caterpillar and with awe, Bear correctly grabbed the caterpillar. 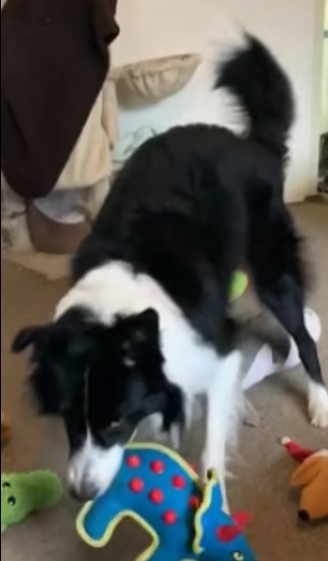 As the memory test continues, the dog goes on to correctly recognize the names of the pig, camel, snake, lobster, crocodile, dachshund, and walrus.

After that, Sophie posted on Instagram: ‘Bear can recognize up to 52 toys by name. It takes him five minutes to remember a new toy!’ 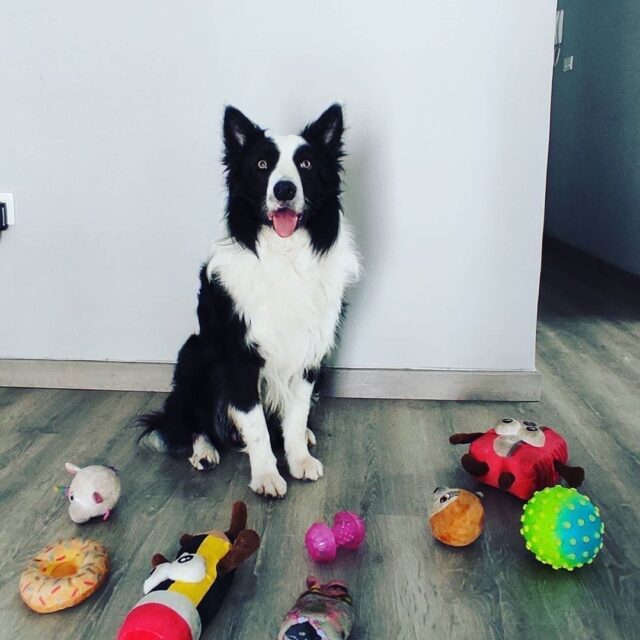 Dogs are really smart. Dr. Holly Root-Gutteridge, from the University of Sussex, said, ‘But these results show they have more advanced language skills than we give them credit for, and I actually know dogs that can respond to 75 different commands.’

‘Dogs probably gained the ability to distinguish between the barks of other dogs so they could work out their size, and then they started paying attention to our language after we domesticated them.’ 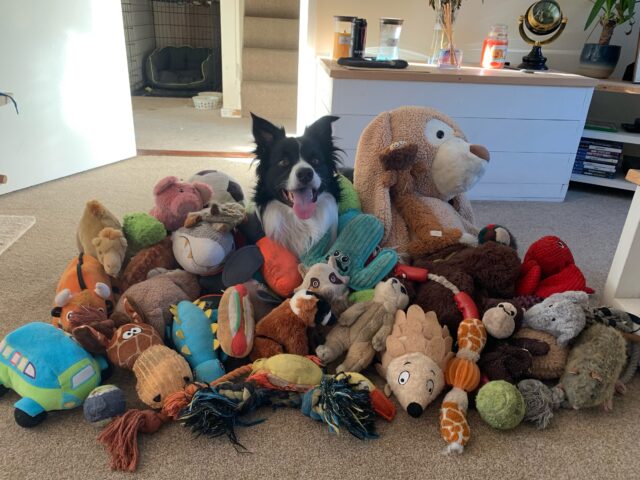 Good boy! Watch the smart doggo Bear in this video:

Six-year-old Border Collie Bear can not only correctly identify up to 80 toys and get them on request, but if you’re parched – he can also fetch you a beer from the fridge! pic.twitter.com/G3qneF9jVb