This story of an overweight Beagle is a sad one; Kale Chips was constantly overfed and because of this, in a great deal of pain. It was hard for the dog to even move around. But read on to find out how he got a second chance at life…

The Beagle was found so overweight that he could barely move. 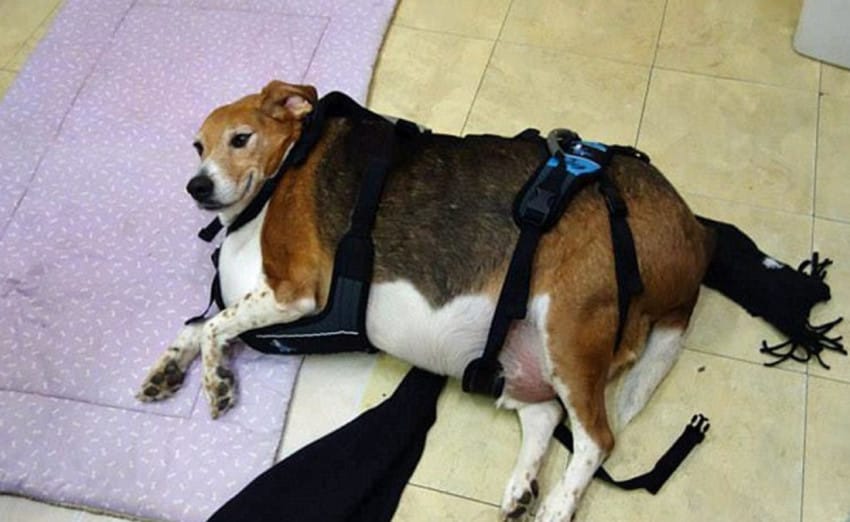 The eight-year-old dog weighed in at 86 pounds. Because of this, he couldn’t live the life of a normal dog. 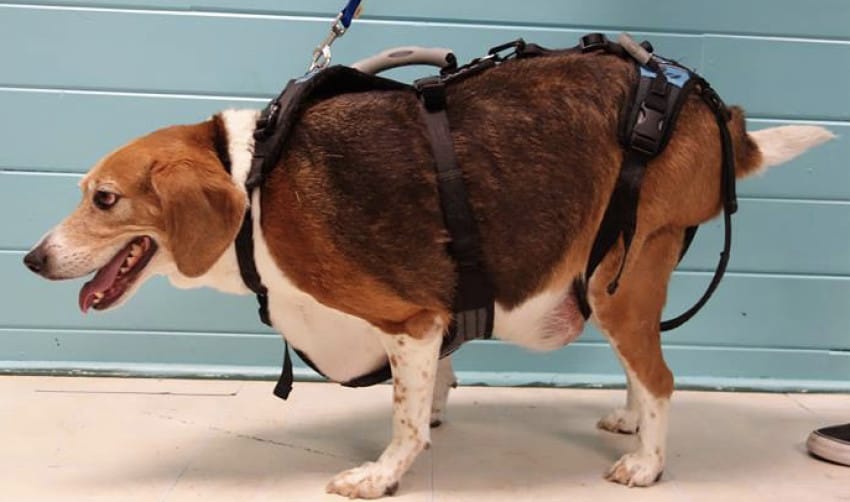 The reason for his weight gain is sad; his owner suffered from memory loss and would accidentally overfeed him. 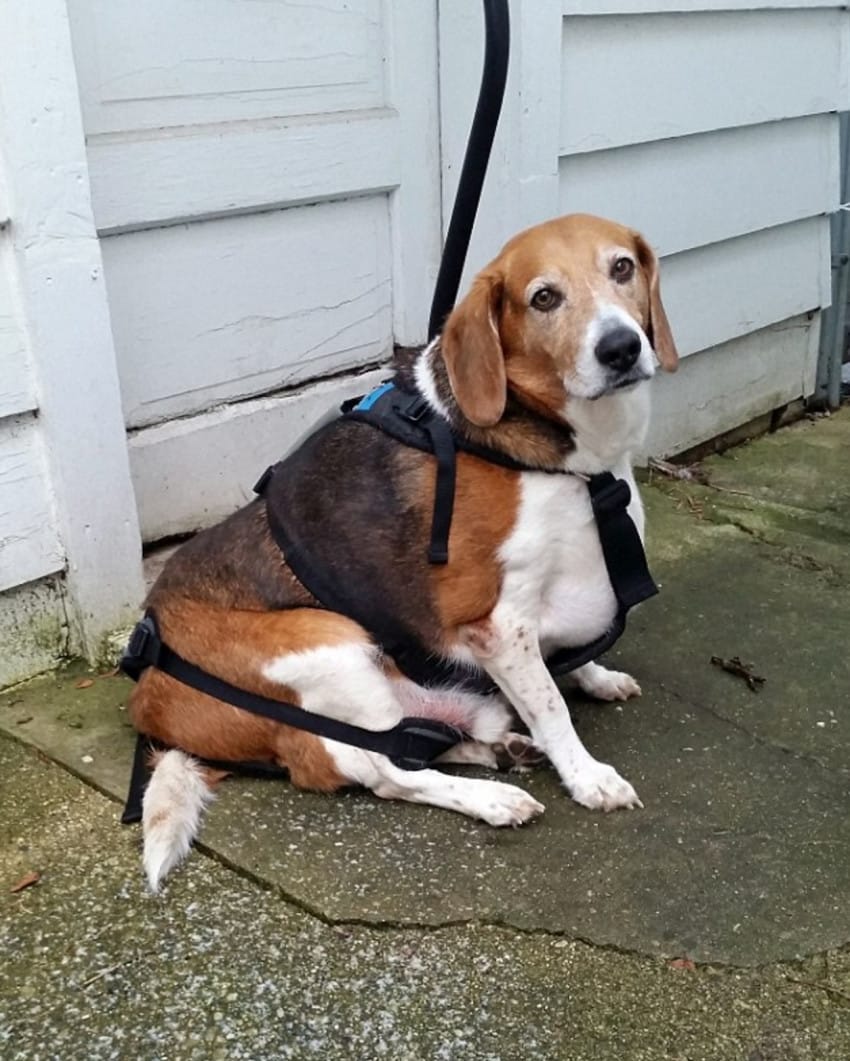 But Kale Chips was taken in by a foster family at Happy Dog Barkery whose goal was to get his life back on track. 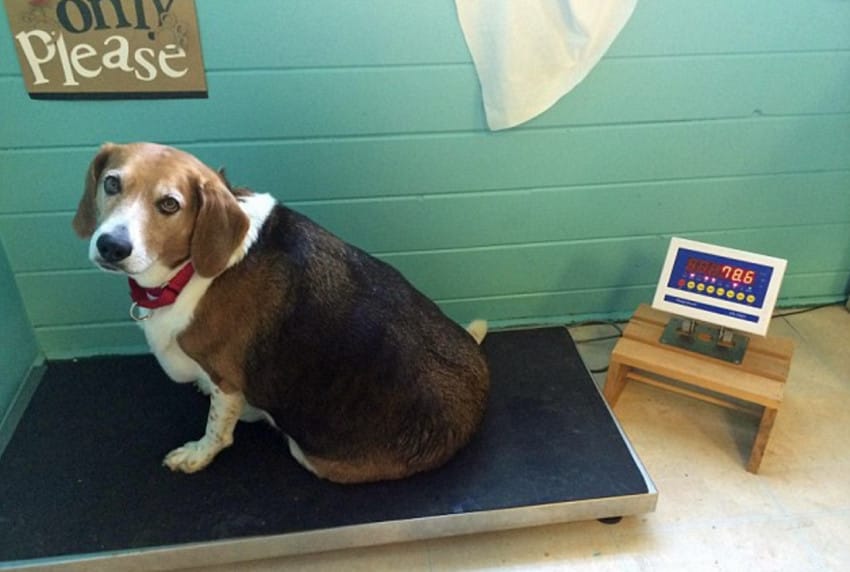 With a strict diet in place and a rigorous workout routine, he eventually lost half his weight! 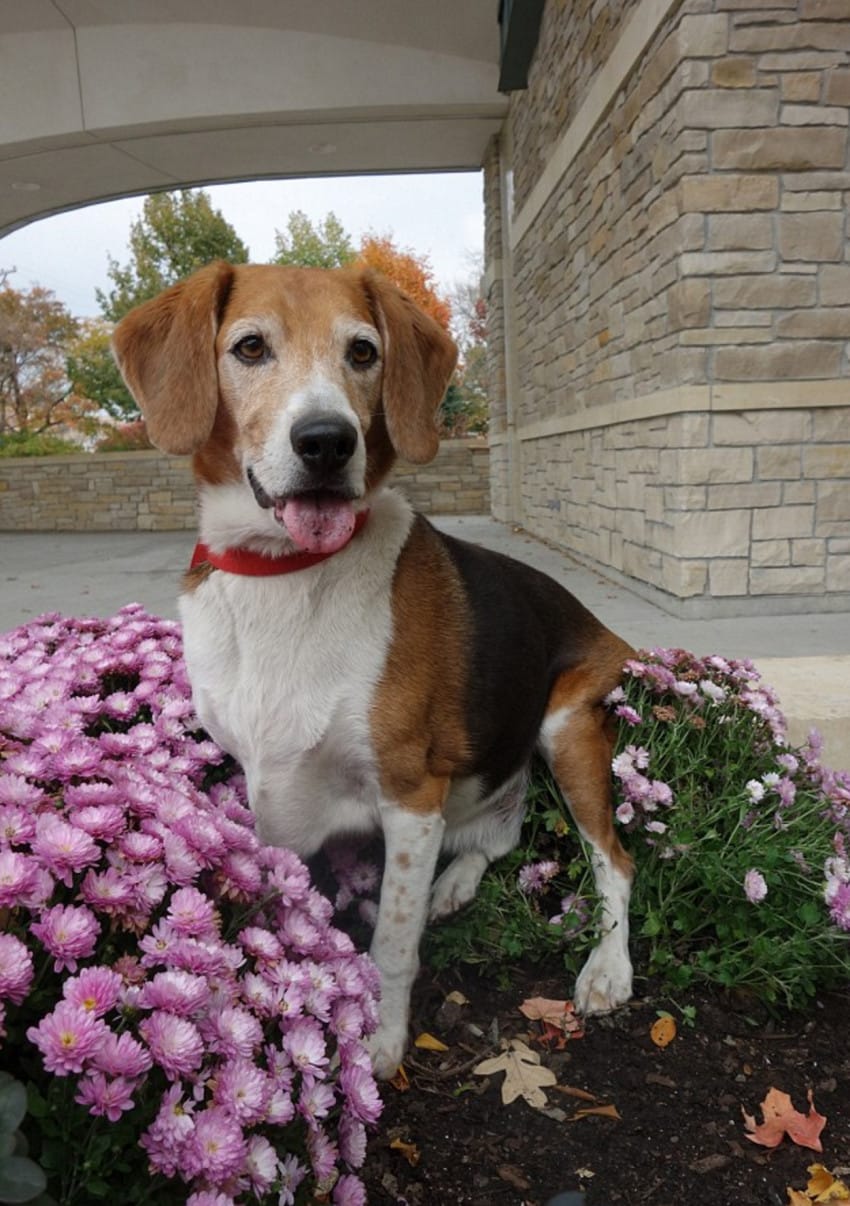 Kale Chips got down to the goal of 44 pounds and started to live a normal dog life. 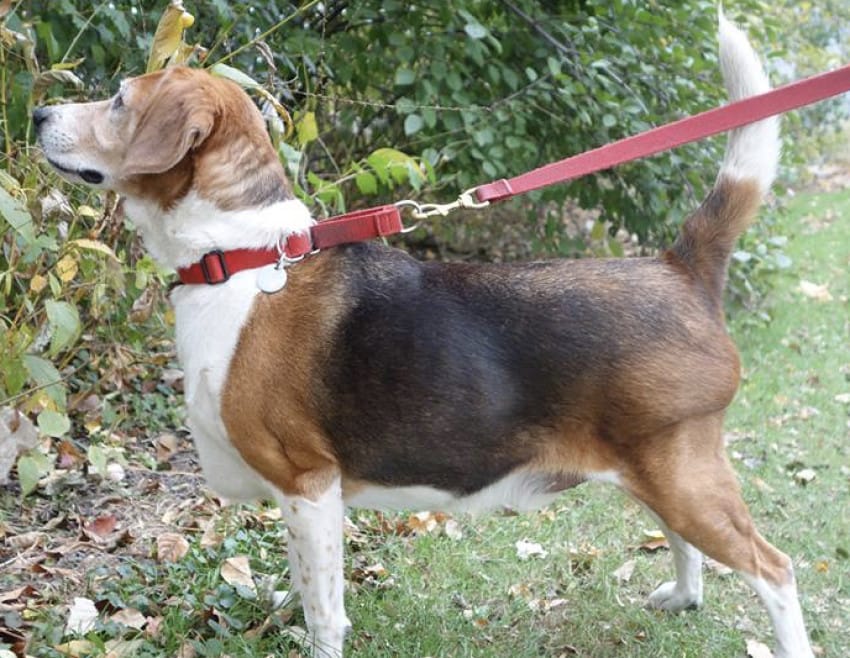 He doesn’t even look the same anymore! What an amazing transformation. 🙂 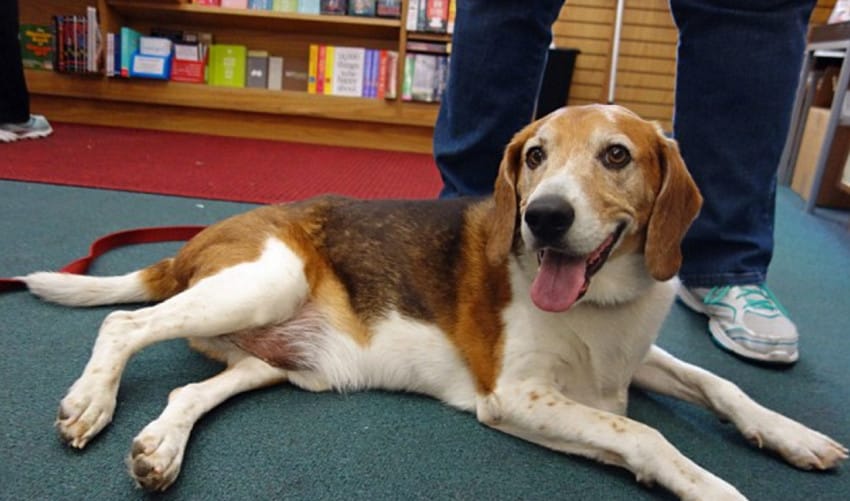 Shortly after, Happy Dog Barkery announced that Kale Chips would stay with the foster family who’d helped turn his life around. What a perfect ending! 🙂