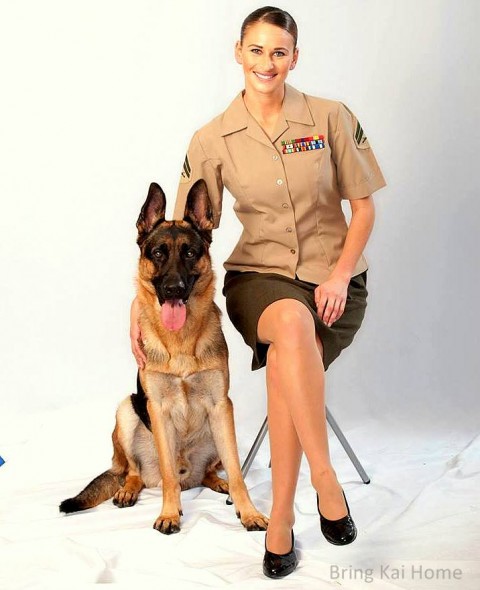 When service dog Kai went missing from his home last November, owner Alexandra Melnick was distraught.  But after many months of ardent searching and Facebook posting, Kai was found hundreds of miles away, and has finally been sent home to his overjoyed family.

Melnick served a nine-month deployment in Afghanistan and came home with a traumatic brain injury and PTSD.  She got a German shepherd puppy and trained him to be a service dog.

“He helps me with things like PTSD and insomnia, she told ABC 10News in December. “He puts me to sleep. He wakes me up for nightmares.”

Kai was stolen from Melnick’s Vista backyard the day after Thanksgiving.  She set up a Facebook and GoFundMe page to get the word out and have money for a detective and a reward.  She handed out thousands of fliers and drove thousands of miles, looking for him.  Months later, she still hadn’t given up.

“I spend my days searching for him, I spend my nights dreaming about him and having nightmares still and I really hope that we get him home,” Melnick told San Diego 6 in April. “He saved my life, I owe this to him. I want to do anything in my power to get him home.” 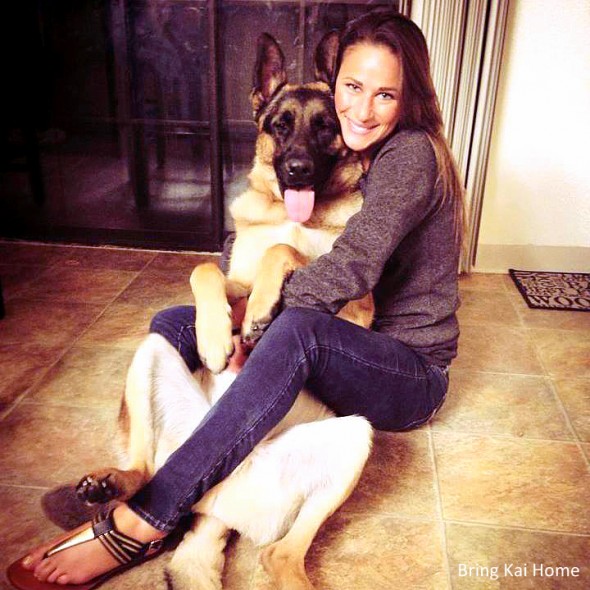 In August Kai was found, and a week ago, a happy update was posted by Bring Kai Home:

I want to thank every single one of you for all your constant support and help. I also want to say from the bottom of my heart how sorry I am that I have left you in the dark this past week. I had suspected he may have been stolen but didn’t have any idea who it may have been. So, I had to search for him as if he was running around the wilderness. For all I knew, someone took him and got spooked by the media attention and dumped him. I have been looking for breadcrumbs for months with no luck. I have driven thousands of miles the last 9 months looking.

Last week, I found him searching through social media posts. I flew to Texas the very next day. The people who had him didn’t initially know he was missing, stolen, or that I was looking. When they found out, they didn’t want to give him up. In Texas, they have laws regarding this situation. While the Denton County dispatch, deputies, constables, ACOs and clerks were extremely patient, understanding, and worked on this more than I expected, they wanted to make sure I got him back legally and wouldn’t have any issues down the line. We feared him being moved again before the hearing. Animal Control seized him and has had him for time being. They have a beautiful facility and spoiled him for me while I’ve waited. My San Diego County detective worked hard and fast to get the needed paperwork to them. 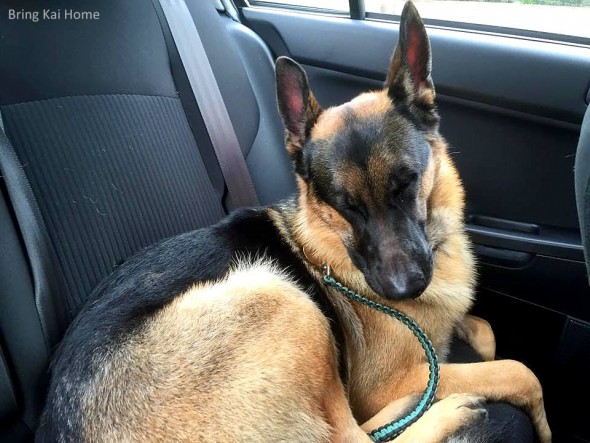 Relaxing after a much-needed trip to the salon to be flea-bathed and have his painfully overgrown claws clipped.

This morning the judge ruled that Kai is to come back home to California with me.

There is still an investigation to be done over how he left my home and ended up in Texas. In the meantime, I feel beyond blessed to have my baby boy home. I’m focusing on his health right now. The people who had him allowed him to become flea infested to the point he was going completely bald in many places with open sores. He has some trust issues. I believe, the people who had him used heavy negative reinforcement.* He cowers if you move too quickly, has scars that resemble strikes across his body, and his nose has some damage to it.

The Gofundme account is how I was able to find him. Without all your donations, I wouldn’t have been able to spread the word so far and get help from professionals. The remaining money will be divided up between various organizations, ones that helped me find Kai and ones that help others find their missing animals.

This picture is from the shelter last week in Denton County. I will post a video that will help answer questions that you may have. Right now, I’m taking some time to be with someone who I’ve missed very much. 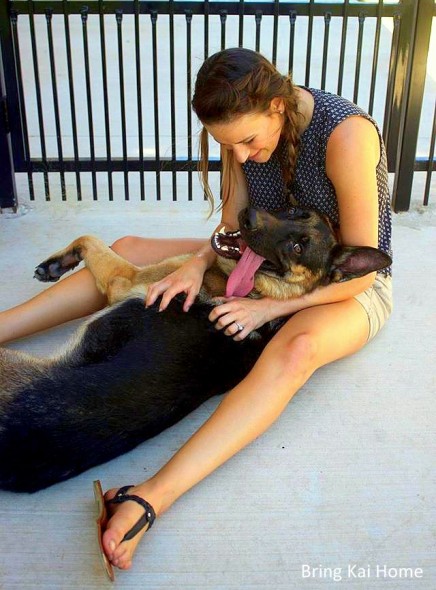