A dog, named Ollie, became everyone’s best friend at an American military encampment in Iraq. The dog wandered into the camp as a stray puppy and all of the soldiers there fell in love with him.

They liked having him around so much, that they made him the camp mascot, took him under their wing, and cared for him. 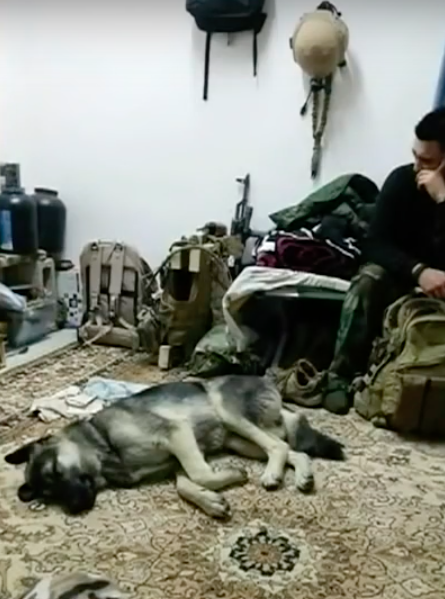 He was there when they left on their missions, and when they got back, much to their surprise, he was still there! It’s like he knew they would come back each time and was waiting there for them.

All of the soldier’s enjoyed Ollie’s presence, but one soldier in particular, named Ken Wyrsch, loved Ollie a lot. Eventually the camp that they used to be stationed at was being shut down. When Wyrsch heard about this, the first thing he thought about was Ollie. This was where Ollie had lived, and with the camp being shut down, he was unsure of where Ollie would end up.

He immediately called SPCA International who was touched by Wyrsch’s special bond with Ollie. They decided to help raise enough funds to rescue Ollie and fly him back to San Francisco to reunite with Wyrsch. With their help, Ollie was able to come to California, and Wyrsch was able to adopt him!

In the video below, you can watch the two reunite. What a special and heartwarming moment for these two best friends! Meeting each other was fate, but now they’ll get to spend every day together and Wyrsch no longer has to worry about Ollie’s whereabouts. And for the first time, Ollie now has a real family!