When 29-year-old Army Sergeant Charity Webb was working as a cook in Europe, she met a stray dog who had been wandering around the base. The dog eventually had puppies, one of whom was very shy around the soldiers.

Webb quickly fell in love with the tiny pup, who also took a liking to her. Webb was the only soldier there who was able to hold her without her crying or freaking out. 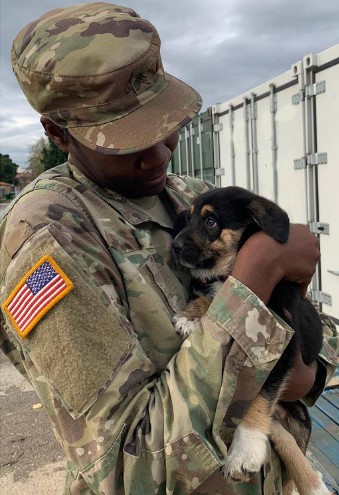 Webb spent weeks feeding her and gaining her trust, showing her that the soldiers would only help her, not hurt her.

But unfortunately, there were people out there who were willing to hurt her. Webb often had to hide the dog, who she named Pup Pup, from dog catchers, who are quick to kill off all the strays.

During her time in Europe, Webb and Pup Pup developed an extremely strong bond, one that Webb knew she couldn’t leave behind. But when it was time for her deployment to come to an end, Webb feared that Pup Pup would end up getting killed without her. 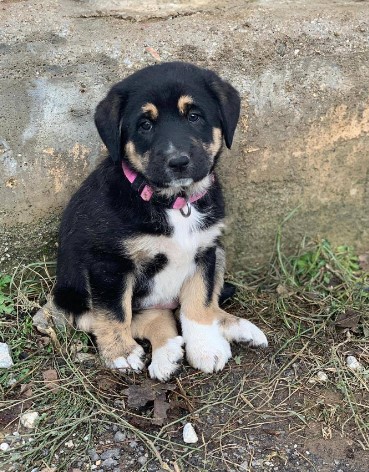 That’s when she heard about the non-profit Paws of War, which reunites soldiers with the animals they cared for overseas once they’re back in the United States. 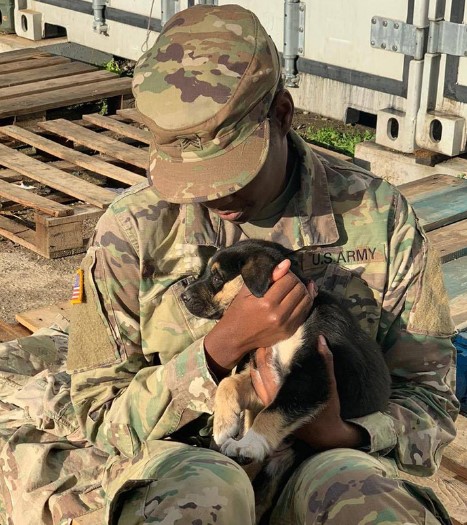 After several months apart, Webb and Pup Pup were finally reunited in a touching moment.

Pup Pup rolled on her back and wagged her tail as soon as she got out of the van and spotted her new forever mom.

Watch their heartwarming reunion in the video below.